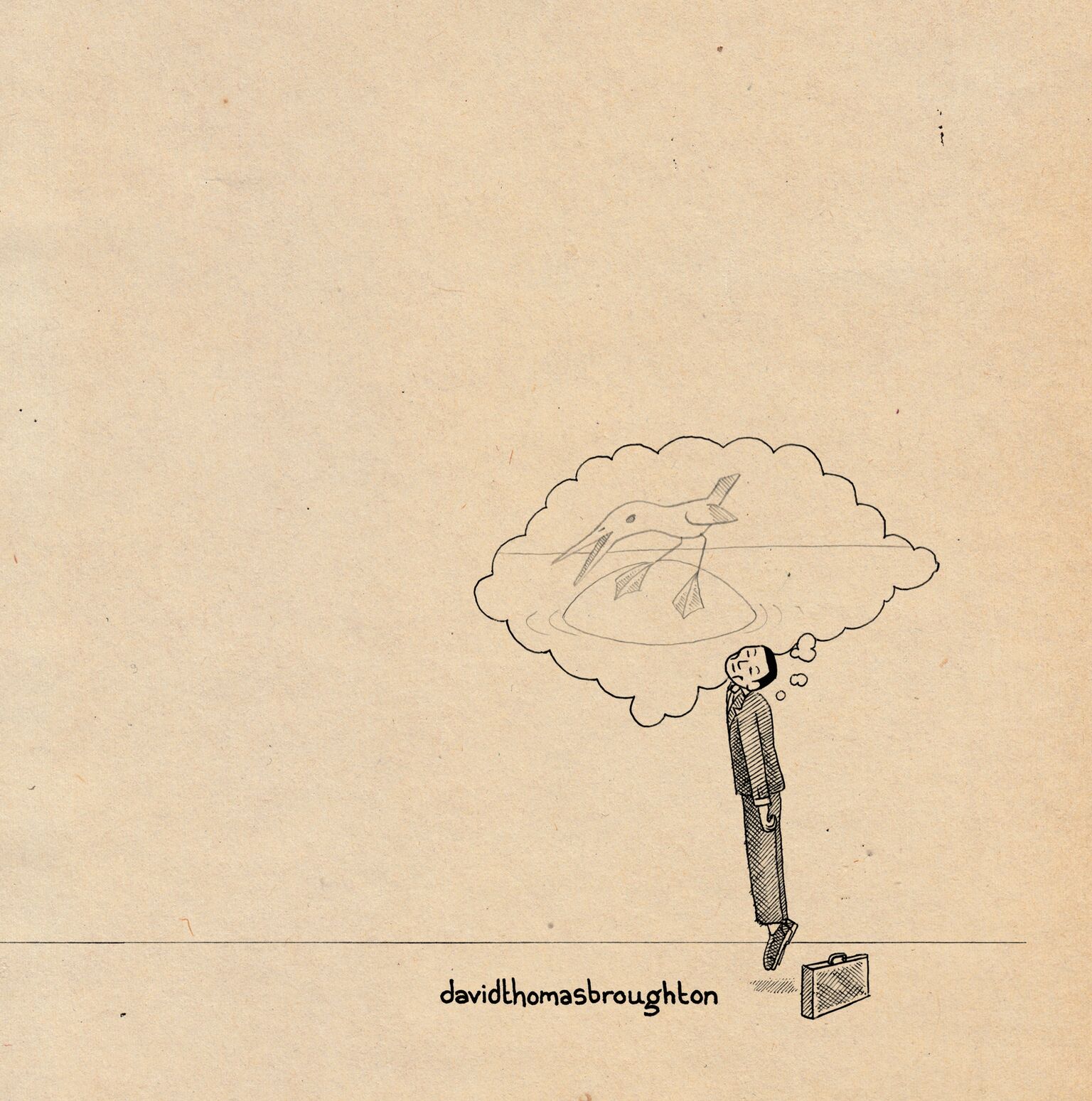 If you were the sort of person prone to listing the best albums of the decade, David Thomas Broughton’s 2016 triple LP Crippling Lack would be the kind of thing you’d have to include. Not at the top, mind you – it would only make him awkward. Maybe hovering unobtrusively around the sixteen or seventeen mark. With guest appearances from Aidan Moffat and Beth Orton, the album takes a gimlet to an England curtailed by austerity and self-loathing, its looped acoustic guitar, field recordings and weird operatic vocals by turns morose and hilarious.

Broughton’s live shows have an aura of performance art, each one unique, often recruiting confused-looking local musicians to improvise around him, as he twitches, compulsively hitching a trouser leg and blinking like he’s been plucked from the most deprived corner of his local library and thrust unexpectedly onstage. Everything becomes a musical instrument in his hands, even his feet. I’ve seen him play a dramatic solo on the polished floor of Cardiff’s Transport Club with nothing but a pair of squeaky pumps and a few snake-hipped dance moves. He’s a real original, one of the few artists you could mention in the same breath as Richard Dawson, and doesn’t get anything like the attention he deserves, something that may start to change with the remastered reissue of his 2005 debut recording The Complete Guide to Insufficiency.

Cut in one take in a church hall in Leeds, the album aimed to capture something of the attitude that even then came across in his live performances. There’s never a clear line between anything that sounds intentional and anything that sounds like a mistake and attempts to polish out the imperfections would have diluted the work’s power. It’s all there, fragile and trembling. In the intervening fifteen years, he’s taken this much further, so it’s interesting to revisit in a nascent form. He’s also already fully conscious that he’s treading a delicate line between the high seriousness of medieval plainsong and the absurdity of a Mulligan and O’Hare sketch.

It’s been pointed out before that the humour of Vic and Bob’s nightmarish folkies belies the fact that beyond the cosy genre stereotypes, an awful lot of folk music really is that weird and uncomfortable and dark. The five songs on The Complete Guide to Insufficiency sound like fragments that might have been collected by some cartoonishly obsessive folklorist or ethnologist. They include such gems as ‘Unmarked Grave’, about the rotting corpse of a soldier in a foreign land whose heart remains with his weeping lover, and the aching ballad ‘Ambiguity’ in which a young man tortures his bowels with coffee and vague, troubling questions. And who could forget the sentimental refrain, “I wouldn’t take her to an execution / I wouldn’t take her to a live sex show / I wouldn’t piss or shit on her, would I? / because I love her so”? Each of these tiny bits of song get looped and hocketed side by side with themselves until they become these eerie, quasi-Gregorian chants that build into a monstrous, gloaming soundscape.

It’s an album that packs an unstoppable emotional and political punch, particularly when the overpowering, penumbulur drone at the climax of ‘Execution‘ slips unexpectedly into the reproach of ‘Walking Over You‘ and its delicate arpeggio. The whole middle section that leads up to ‘Unmarked Grave‘ could be a counterpoint to the wars we were protesting about at the time, “I try to pressurize the parts of you I’m wanting / try to manipulate your point of view / I wish that you were not going where you’re going / everybody’s walking over you“. 2005 aside, it’s a story that could have been told of us at almost any point in English history, which is, of course, nothing if not the history of colonial violence. “A seedling grows on my burial mound / just to wither and die“. That’s us pushing up the sod, that is.

As well as the original LP pressed on vinyl for the first time, the reissue also comes with a whole download-only bonus album of covers by Broughton’s friends and fans. I wouldn’t give you much for the first few tracks, which play things a bit straight. But as it unfolds and the guests start rooting about in their host’s most intimate cupboards and drawers they blag some real treasure off him. Matthew Bourne and Keeley Forsythe deliver a creeping, disintegrating rendition of ‘Unmarked Grave’, Forsythe’s vocals sounding like some long forgotten atrocity, lurking just outside the corner of your eye. Rozi Plain’s languorous, contemplative version of ‘Ambiguity’ is worth the price of entry alone – she strips it of irony and makes it sound like a Zen koan and it might be one of the best things she’s done, and James Yorkston’s cover of ‘Execution’ will, as they say, fuck your shit right up. Get naked and play it in the dark. Further contributions from Alabaster dePlume and Sealionwoman are equally compelling.

None of them manages to eclipse the original though. It’s quite brilliant, and 6 Radio ought to be spending the next eight to ten days celebrating fifteen years of The Complete Guide to Insufficiency, “the album that changed music forever”, and encouraging their listeners to tweet stories of where they were when they first heard it and how they chose ‘Execution’ for the first dance at all their weddings. Unfortunately, we don’t live on that timeline. I keep hopeful though. Maybe this time around?