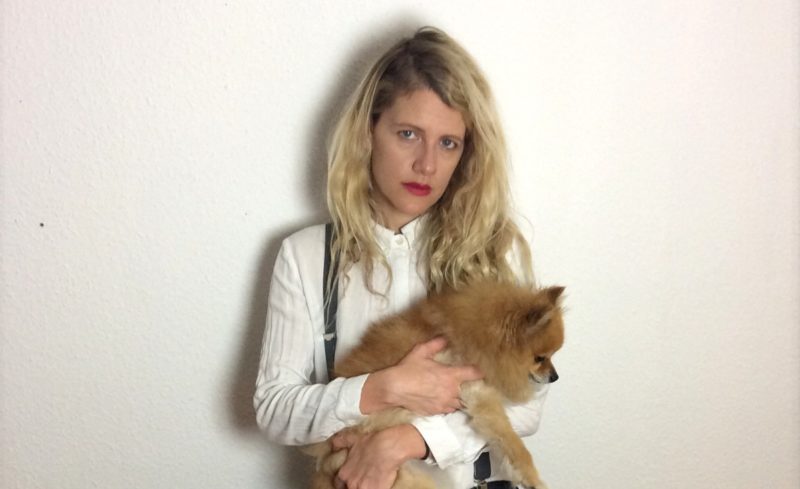 As with the ‘Best Albums of the Decade’ selection a couple of weeks ago this one owes much to my predilection towards Nordic artists and bands, so all but one of them (who isn’t Nordic though she has a name that sounds at least Northern European) fall into that category. All the Nordic ones featured in Nordic Music Scene this year.

They are numbered, but aren’t listed in any particular order.

1 The Ghost of Helags – Autobahn Lullaby

Actually there is some uncertainty as to the origin of Ghost of Helags. One half of the duo (John Alexander Ericson, ex-Alberta Cross) is Swedish for sure but the other half, Teresa Woischiski, is German/Italian. And they are signed to a Berlin label, Snowhite, where they spend a lot of time. But the band name comes from the Jämtland province of Sweden on the Norwegian border where the Helags Mountain is situated so that will do. Enough of the geography already. They make dream pop, dance tracks and occasionally little lullabies like this one. John also writes as an artist in his own right, Helax, with Teresa as vocalist; more dance-oriented. Debut album will be released in February with the possibility of some live dates in the UK.

For anyone who’s wondered what Tarja Turunen has been doing since she abruptly departed Nightwish in 2005, she’s been making plenty of solo records. This track is taken from her 2019 album ‘In the Raw’. Actually there are three songs together (‘Awaken’ – ‘Loputon Yo’ – ‘Alchemy’) here. As with several other tracks on the album she’s drifted away from symphonic metal in favour of her operatic background.

As far as I’m concerned, and despite the claims of at least one of her successors in Nightwish, Turunen is still the #1 top female vocalist on earth, in any contemporary genre. Peddlers of ‘autotune’ need not apply.

The opening bars remind me of M83’s ‘Outro’ and I’ve often wondered what delights she could produce in collaboration with Anthony Gonzalez.

Tarja Turunen has a short UK tour in March.

No need to explain to whom ‘Dear Leader’ is addressed. It’s odd that I should include this one because when it was released in the summer I declined to review it on the grounds that the song is incendiary. There’s a point in it where Laurel Sprengelmeyer seems to be advocating violent insurrection and I don’t buy that. On the other hand I have a lot of respect for her as an artist, having seen her perform live a couple of summers ago, and musically it is a brilliantly crafted song. There’s a cameo part from Richard Reed Parry of Arcade Fire in the video. Several Arcade Fire members have collaborated with the now Montreal-based Sprengelmeyer and she married Parry a few months ago.

Another Swede, Sofia Härdig has drawn overwhelming praise from all quarters, being compared to the likes of Patti Smith and P J Harvey. Except this time, that’s spot on. ‘Sweden’s best-kept secret’ has previously played with members of Sonic Youth, Hellacopters, Belle and Sebastian, and The Cardigans, so is no newcomer. This one rocks. She is expected to come to the UK early in 2020.

Into Norway now for Moddi, an intriguing, anarchic character, originally an environmental activist who has previously ruffled feathers in Russia by recording his own version of Pussy Riot’s ‘Punk Prayer’ on the doorstep of a chapel right on the Norwegian/Russian border.

He certainly seems to have a beef about Russia and this cheery song has a serious backdrop to it. ‘Kriegspiel’ (’Wargame’ in German), and the second single from his fifth album ‘Like in 1968’, which was released in September, concerns a Norwegian border guard, Frode Berg, who was tried in a  court in Moscow in April, for espionage for the Norwegian e-service, specifically gathering information about Russian nuclear-powered submarines. The song was intended to whip up support for Berg but he got a long-term prison sentence anyway.

This is the final track from an EP, simply entitled ‘Swan/Koistinen’. They are Astrid Swan and Stina Koistinen, best known for her work with Color Dolor but also recording this year as a solo project, Stinako.  The four songs were co-composed by Swan and Koistinen, and recorded and produced by Swan.

Now the interesting bit. Both of the Finns are recovering cancer victims and the subject matter is chronic and incurable illness. The project unites two artists’ voices for a moment celebrating the importance of co-survivors and the power of sharing with others in similar situations. They feature a contribution from another (ex-) Arcade Fire member, Owen Pallett.

The most positive track, ‘Singing’ (the others are ‘Symptoms’, ‘Diagnosis’, and ‘Hospital’) is left until last with Koistinen’s gorgeous soaring falsetto vocals taking centre stage. What she/they are singing, and this will be the most-played track for sure by women in their predicament, is “I’m still here”. It could be depressing but it isn’t; it’s life-affirming.

This one couldn’t be more different although it does, too, have a medical subtext. ‘Blank Vision’ which featured as a GIITTV Video of the Week, is a song about experiencing a panic attack. The story takes place in the mind of the character played in the video here by Swedish serial Vlogger Katrin Berndt, who has a history of them. The message is that you as a person can experience terrible things in your mind to the point that it feels as if you’re killing yourself.

The video is pretty dramatic (and too much for some people – be warned). I’ve seen the uncut version where she is repeatedly stabbed. I’m glad they cut that, rather than her; it would have been well over the top.

AMBAGE is the latest venture for Tommy Blixt, who also writes and records as Known as Tymm.

Norwegian Moyka (Monika Engeseth) is destined for big things, and quickly. Her music is synth-driven (with a Jean Michel Jarre vibe at times), uniformly melodic with a few surprises thrown in. There are nods to Røyksopp , Susanne Sundfør, Aurora and Highasakite. In fact she’s a fusion of much that’s good in Norway right now. She’s also a trained producer, having immersed herself in synth-based sounds for the full period of her course.

‘Bones’ is a song about love, loss and the creative energy that loss can produce. The maturity of the vocal is impressive for an artist who is only 21.

My favourite artist of the moment was destined to appear here somewhere. A new song will be released, strangely, on 27th December and an album next year but otherwise ‘LSD Heart’ is the only one released this year. This, live at the Reeperbahn Festival in September. It’s no coincidence that she has the look of Madonna about her here. For me, she is the new Madonna, the new Sinéad O’Connor, Patti Smith, Fiona Apple, Janice Joplin…any female artist who has pushed the envelope to the limits.

To the best of my knowledge the final section, from 3:40, was completely ad-libbed.

My only fear is that we’ll lose her to an acting and theatrical composing career, which she starts in earnest in 2020. From what I’ve seen, she can do anything.

I’ve described Pom Poko this year as the most dynamic live band on the planet whose members can still play their instruments at the highest level while they’re throwing themselves around the stage. I could have chosen any track off their debut album ‘Birthday’, which has just been declared Norway’s #1 Album of the Year in Aftenposten, the country’s biggest newspaper, despite the claims of Sigrid, AURORA and others . I almost opted for ‘Peachy’ which is the most tuneful by far but eventually selected ‘If U want me 2 stay’ which is exactly as they play it on stage.