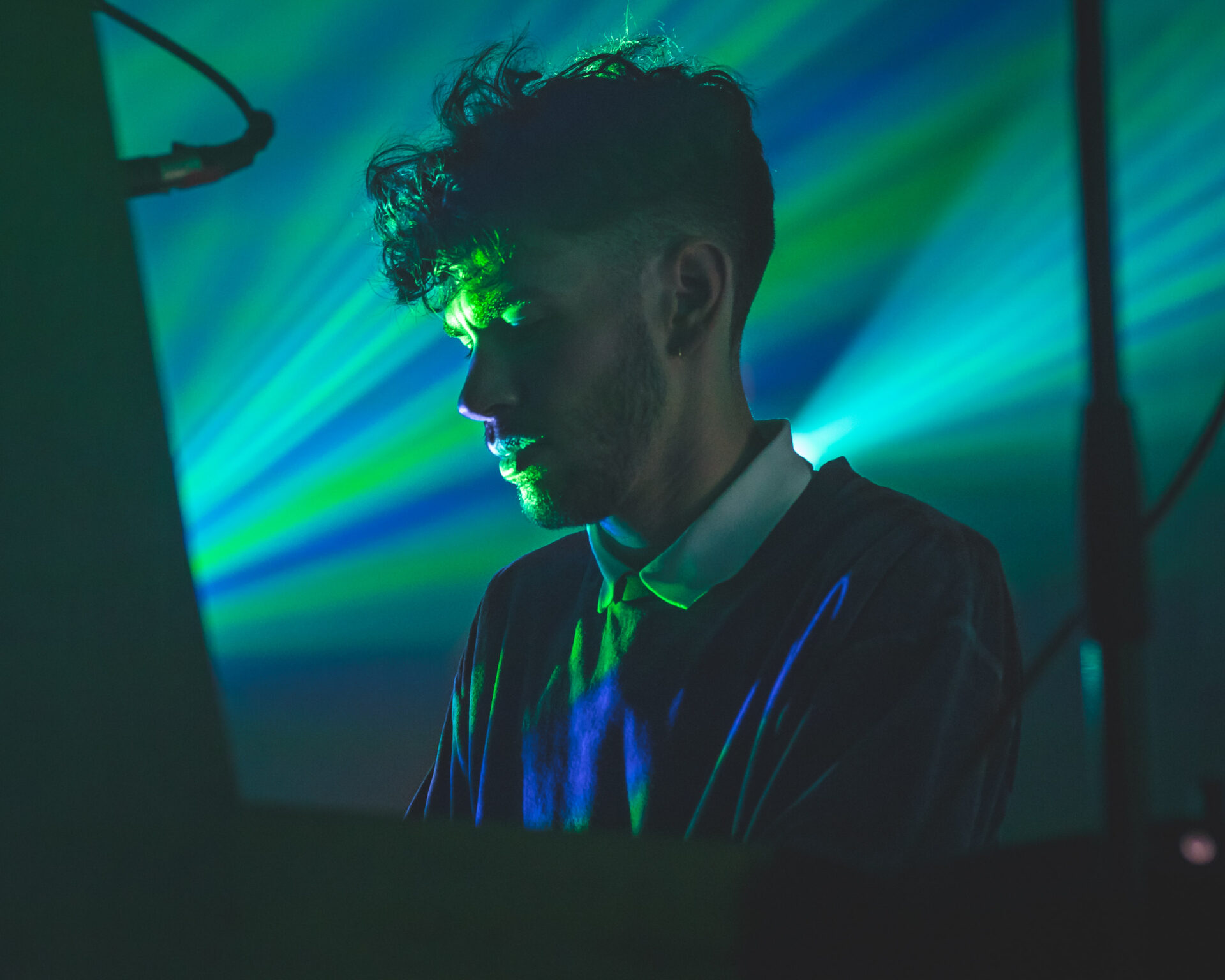 Swedish producer Bård Ericson aka boerd makes wonderfully fragile and beautiful music that skips almost imperceptibly between genres, picking up influences from the world of electronica, drum and bass, UK garage and ambient along the way to create something as unclassifiable as it breath-taking. Live shows by Ericson are rare events, not least because he’s hugely in demand as a classical musician, but boerd recently ventured over to these shores to play highlights from his fifth album Misplaced to a sold out crowd at Bermondsey Social Club. We caught up with him afterwards to chat Massive Attack, double bass and falling love with chiptunes….

Tell us about your musical upbringing and memories. Parents/siblings’ taste. First musical loves and first instrument.

I’m not from a family of musicians, growing up my mum was a librarian. She’s always been into music and other forms of arts though, so my first contact with music was when she put me in a church choir when I was four years old. But I didn’t like choir so that didn’t last very long. When I was about eight, I showed an interest in instruments, which she noticed, and put me in an after school program where I started playing double bass. There is a simple reason that I chose to start playing that instrument – no other kid wanted to play so it was really easy to get a teacher.

As a small kid, I listened a lot to The Beatles, The Beach Boys, and other music from the 60s. The first album I bought myself was ‘Abbey Road’ when I was six years old. There was a cool kid in my school that I looked up to and he was a Beatles fan. I think that’s where I got the idea.

We know your ‘day job’ is playing the double bass for the Royal Swedish Opera. Is there a discernible connection between the two musical existences or do they happen pretty much separately?

That’s not an easy question to answer. There’s not much of a concrete connection between the two for me, but I do get a lot of inspiration from playing opera and symphony orchestra all day long. I sometimes hear chord progressions or other little things that I play around with when I make my electronic music.

I’d like to combine the two more in the future though, maybe compose some music for classical instruments and mix it with electronic sounds – that would be cool.

You mentioned, for example, that you listen to a lot of Pucini, and that an aria in opera is very similar to a pop song in some respects…

Yeah, opera arias are usually around five minutes long, with a climax at around three minutes like most pop songs. They also have very strong and catchy melodies that often stay in my head for hours or days after I’ve played a show.

Presumably, too, bass is particularly important in making in electronic music…

It is, but it’s also often the hardest part of making a song… I guess it should be easy for me, as I play bass lines for hours every day, haha.

Is there a ’lightbulb’ moment when you became switched onto electronic music?

I discovered electronic music in my early teens. The first genre I really got into was chiptunes, which are songs made on old computers and game consoles like the Commodore 64 and Nintendo Gameboy. I started making similar music myself using these old machines, and released a bunch of stuff for free on different netlabels, under the alias “Multifaros”. I even got to play live shows in Sweden, Norway, Finland, Netherlands, and Italy. I was around 16 years old at the time which feels like a very long time ago.

It sounds as the though you have quite catholic tastes within electronic music – I can hear the influence of leftfield garage, ambient, trip hop and lots of other things here. What are your particular favourites generally and also anything you’re particularly fixated on or interested in exploring at the moment?

Yep, you’re right about that. When it comes to electronic music, I’ve been into British stuff for a long time. 90s triphop, DnB, and early garage in particular. Besides that, I listen to a lot of different genres. A lot of classical and folk music.

You recently released your fifth album Misplaced – how did it vary/progress from the first?

The process of creating Misplaced was pretty similar to the previous album Static, but I recorded more acoustic instruments for this one. I even played cello on a couple of tracks, an instrument I don’t play very often! I also enjoyed making a long album (10 tracks). I think it’s really fun to think of it as one complete experience to listen to rather than a bunch of singles.

Obvious question but we’re going to ask it – why did you pick the title ‘Misplaced’?

Hmm, I think the word just came to me somehow. It’s also a feeling that I (and I guess most people) relate to when you feel that you’re not quite where you want to be and always longing for something different. I also think that feeling motivates me, it makes me think a lot about the future rather than the past.

There’s a mixture of vocal and instrumental tracks on ‘Misplaced’ – talk us through the vocalists who feature.

‘It Fades Away’ features me on vocals so that requires no further explanation. ‘Before We Drown’ and ‘Little Else‘ features my friend Stella Lagnefors, who is a great songwriter and singer. We’ll hopefully do more music together in the future!

‘Mud‘ features my friend Lina Högström on vocals in Swedish, but played backwards!

The album has a very special, individualistic sound to it, relaxed but a little reflective and sad – does that reflect your own personal character?

I really think it does. I don’t think I strike people as melancholic and introverted when they meet me in person, but I do spend a lot of time on my own thinking about stuff and writing sad songs. I’ve never really been into “happy” music or art, instead I always found beauty in the melancholic stuff.

Playing live is a passion for you but not something you get to do very often because of other commitments we gather….

Yep, working full time in a symphony orchestra or opera house is pretty hard to combine with touring. I usually play 3-4 concerts every week with classical music and some rehearsals.

What were your impressions of your London concert?

I’m always a bit stressed out to play electronic music live, because I’m not used to depending on so much equipment. I’d have no idea what to do if my laptop decided to crash for example! Everything went fine this time though (it always does, haha), and I had a great time playing in London. I also had time to do a studio session and hang out with the lovely people at my record label, so it was a really nice trip all in all!

0 thoughts on “IN CONVERSATION: Boerd”