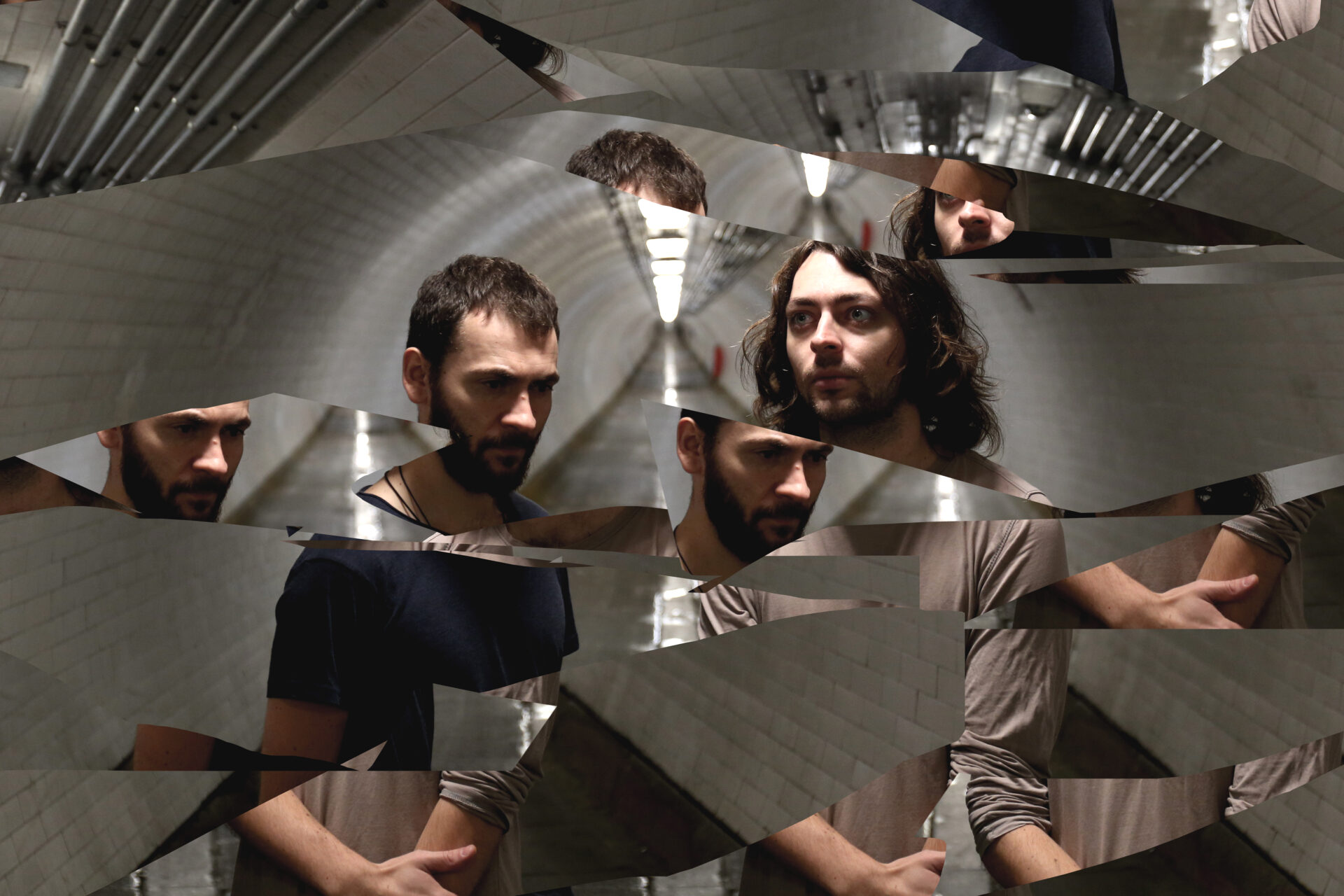 Sunda Arc are brothers Nick Smart and Jordan Smart. Best known as key members of folk and jazz influenced minimalists Mammal Hands, their Sunda Arc project takes inspiration from the likes of Jon Hopkins, Rival Consoles, Moderat and Nils Frahm as well as their own music world. Their debut album Tides is out now, they talk us through track by track below.

We wanted to open the record by creating an immersive, swirling soundscape that disrupts your sense of space and time and takes you straight into the sound world of the record. We mixed up different loops of string samples with synths and tape loops and then improvised some bass clarinet and synth phrases together to cut through the swirling textures.

We explored many different synth production approaches on this track, to create a deep and percussive electronic sound world. The melody loops in a strange way and the polyrhythms in this and the other parts create a feeling of complexity born from simplicity. We named this track Cluster to reflect that focus on chaos and indeterminacy creating interest from simple things, like the building blocks of the universe and life. We used a lot of homemade Max/MSP software patches on his track to create subtle variations in the synth parts so everything has a constant feeling of change and variation. Halfway through the soprano saxophone appears playing a repeated melody with varying effects and processing to create a sound half electronic and half acoustic that guides you through to the final section where all of the ideas reach their conclusions.

This track starts with a heavily filtered version of the main parts slowly opening up, so that the track emerges slowly from a quiet place. We were trying to simulate the feeling you have when you’re walking into a venue with loud music playing and it slowly gets revealed to you as each door opens and you walk closer to the source. It then builds up gradually towards a pretty intense climax where we started running a lot of things through the chaos pad and other processors to make parts feel like they were getting out of control or trying to burst out of themselves.

This tune was written by sampling nicks voice and playing it back on a keyboard to create the main melody and chord progression. It’s the first time we’ve included one of our voices as a main part in a tune and liked how playing the voice back through a keyboard gives it a kind of hybridised human/electronic feel. We also used a mix of drum machines and then recorded some acoustic drum parts over the top to try and get a more human sound in the drums.

This track stems from a piano improvisation recorded closely on an old piano muted with felts. You can hear a lot of the mechanical noise from the piano throughout, which gives a warm feeling that reminds us of our childhood piano, and it is embedded in a sound world of granularised piano, bass clarinet and field recordings, with the piano and bass clarinet driving forward. The name alludes to a safe place from which you can see the world.

This was a track where we started with a very simple chord progression and tried to make all the electronic components flow with the piano as naturally as possible. We also tried a much more rhythmic approach to the soprano sax in the chorus of this tune to try and give it a more electronic sounding edge, treating it more like a synth. In the last section jordan got creative with our modular synth by sending it the notes of the chord progression from a homemade sequencer, but randomising the order and timing of the phrases and then running that all through his granular tape delay pedal so we got some interesting, semi random elements to play with in the mix.

This track started with a field recording taken on the roof of a building in Thessaloniki of a huge thunderstorm and heavy rain that had blown in very quickly, which you can hear rumbling throughout the track. The other sounds are created using degraded tape loops to create the effect of voices and instruments calling out to you through the mix. It is reminiscent of the city itself, where the old lives beside the new.

The production style, drums and bass on this track are a nod to our love of deep medi and older UK dubstep, but blending in busier synths and the bass clarinet to create something heavy and driving. We also use the bass clarinet part and recorded it in a way that blends the gravelly, growled style and singing while playing with a cleaner sound so it sounds like a voice emerges from the instrument as it swells.

This track uses the bass clarinet up front in the mix to tell a story through melody and improvisation, with dark and heavy synths and drums supporting and swelling around it. This was our main attempt on the album to bridge the worlds of improvisation and electronic production in a direct way. The composition is intended to draw you into a trance state with subtle builds and repetitions.

This track was based around playing a simple guitar part through a massive chain of effects pedals to create an immersive, cloud like effect out of a simple chord progression. It’s quite a quiet ending to the album which has a lot of space in it, giving you a moment for some reflection and a feeling of clarity before the close.