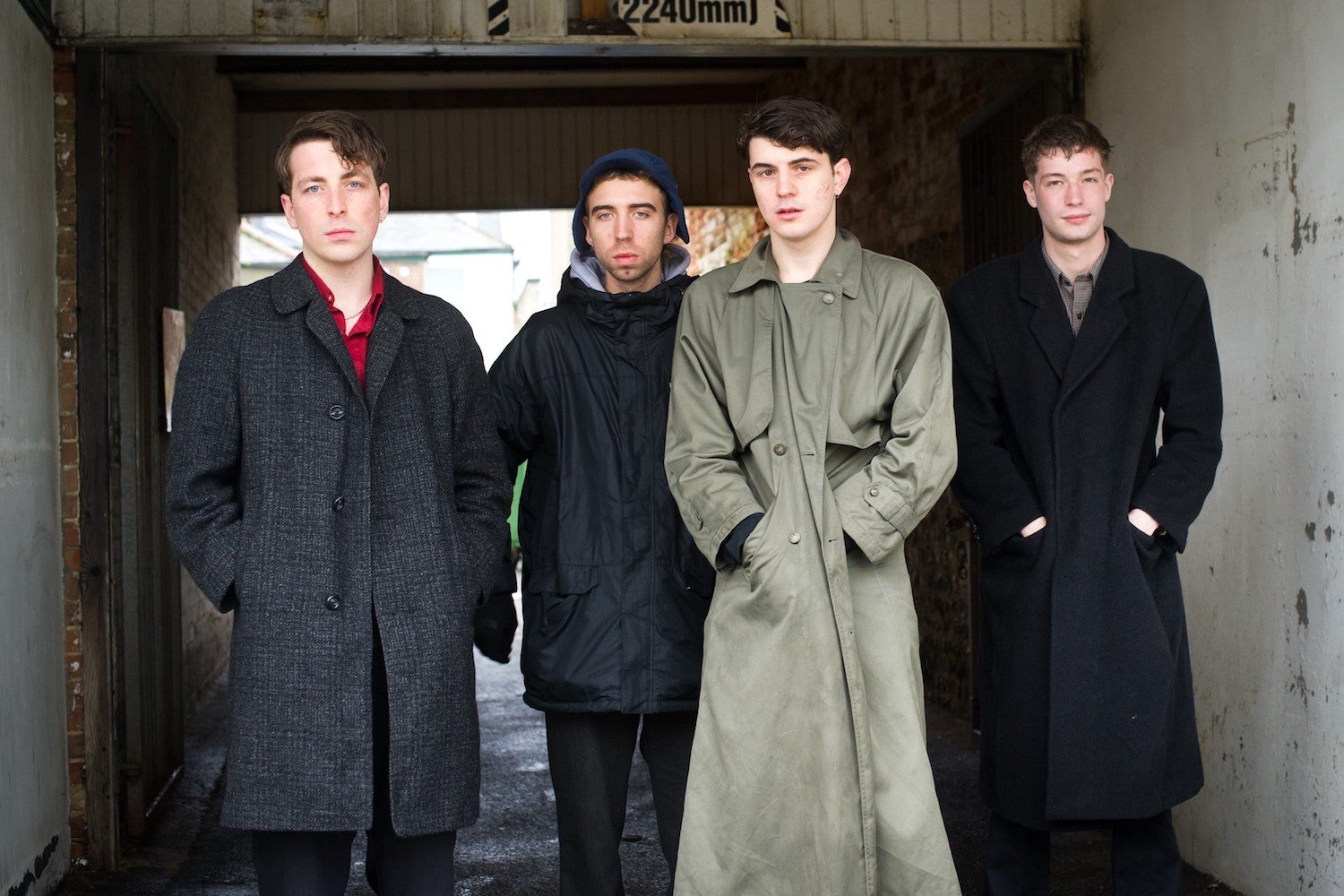 Listening to Body of Itch ought to feel uncomfortably recognisable.  Egyptian Blue twitch with that human itch we’ve all experienced, whatever it is that makes us bristle, whether that’s hoarders, thrush or the 45th President of the USA.  Like when Juliet’s Dad in that Shakespeare play (whatever it’s called) shouts, “How my fingers itch,” when he’s so cross he wants to thump her, but thankfully refrains.  It’s the kind of itch you get ten minutes after an especially tedious meeting was scheduled to end, but a pair of particular pedants are still having a bore-off and you’re just dying for a fag break.

The difference between this EP and being in said meeting is, mercifully, that this EP may remind you of the rising sense of irritation that an itch brings, but it also has a cleansing, purging, screaming quality.  Rather than clock-watching with rising rage, imagine standing up in the meeting, letting rip at your time/breath/life-wasting colleagues and then grabbing the klaxon you had under the desk for eventualities just like this and giving it a long, full blast to drown out the noise, before leaving the room through a guard of honour of people who’ve wanted to do the same for years but haven’t had the bottle.

‘Four Is The Last Four’ is specifically inspired by the mundanity felt by workers and how it will, “Join them at the knees/ To suffocate their needs,” or the hamster-wheel repetition of how “You clock in. You clock out.”  One of the band’s USPs is the dual-attack vocals of Leith Ambrose and Andy Buss. On this track they’re like two blokes heatedly trying to put the world to rights, but in a club, on a busy building site, or at the top of Snowdon in a howling gale.  ‘Nylon Wire’ sounds closest to their previous EP Collateral Damage (and that’s no bad thing).  Based on snapshots of conversations, it touches upon how thoughts we thought we had successfully boxed off creep out the more the night goes on.

The mountain top is where we think of them on ‘Never’, having fled the pernicious presence of media disinformation.  Again, the lyrics of “It’s all blank as I stare/ At the TV glare/ Aware of the practice of deception,” ought to ring true.  The song originates from Andy Buss’ Mum and her musings on the Blair government’s claims over weapons of mass destruction during the Iraq War.  Their solution, literally, is to take the advice of a kids’ TV programme of yesteryear and switch off your television set and go out and do something less boring instead.

The solution, figuratively, is to find a higher ground.  “One day, we’ll climb the mountain, but I’m never coming down,” states the lyric, inspired by the philosophy of Mrs Buss.  You can just imagine the band, Martin Luther King and Andy’s Mum standing atop the mountain (Ditchling Beacon, perhaps), looking down on the promised land of Brighton and Hove.  It’d certainly score top marks for social distancing.

Egyptian Blue are sounding crisp, clear and focused amidst the white noise of modern existence.

Body of Itch is out on April 10th via Yala!