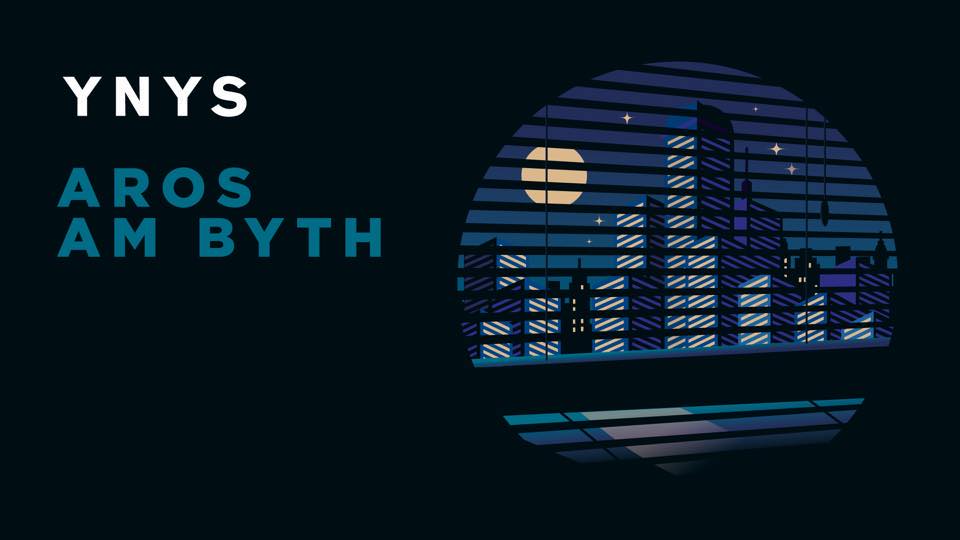 With the sweet melancholy and wistful romance we’ve come to expect, new single ‘Aros am Byth‘ (Waiting Forever), has already snapped up plays on BBC Wales and Radio Cymru.

But we see a shift.

No-one’s had a night out in two months, so it might seem a cruel and unusual punishment or risky behaviour at least to release a single with a disco vibe, but ‘Aros am Byth‘, recorded at Tŷ Drwg studios in Cardiff with Ynys’s producer Frank Naughton and mixed by Iwan Morgan (Cate Le Bon, Richard James, Islet, H. Hawkline) instead paints us a cinematic scenario not entirely out of our collective reach.

Singer/songwriter Dylan Hughes claimed ELO’s Jeff Lynne with a Tame Impala earworm as his muse for the latest track, and in ‘Aros am Byth‘ we have the very last song of the night; everyone’s gone home but the disco ball still twirls. Because it must! Instead of taunting us about something we can’t have, this psychedelic pop fantasy with vocal harmonies to swell the heart, and disco synths adding good humour, chime with a universal longing for hope, gifting us with that sense of optimism we all need right now.