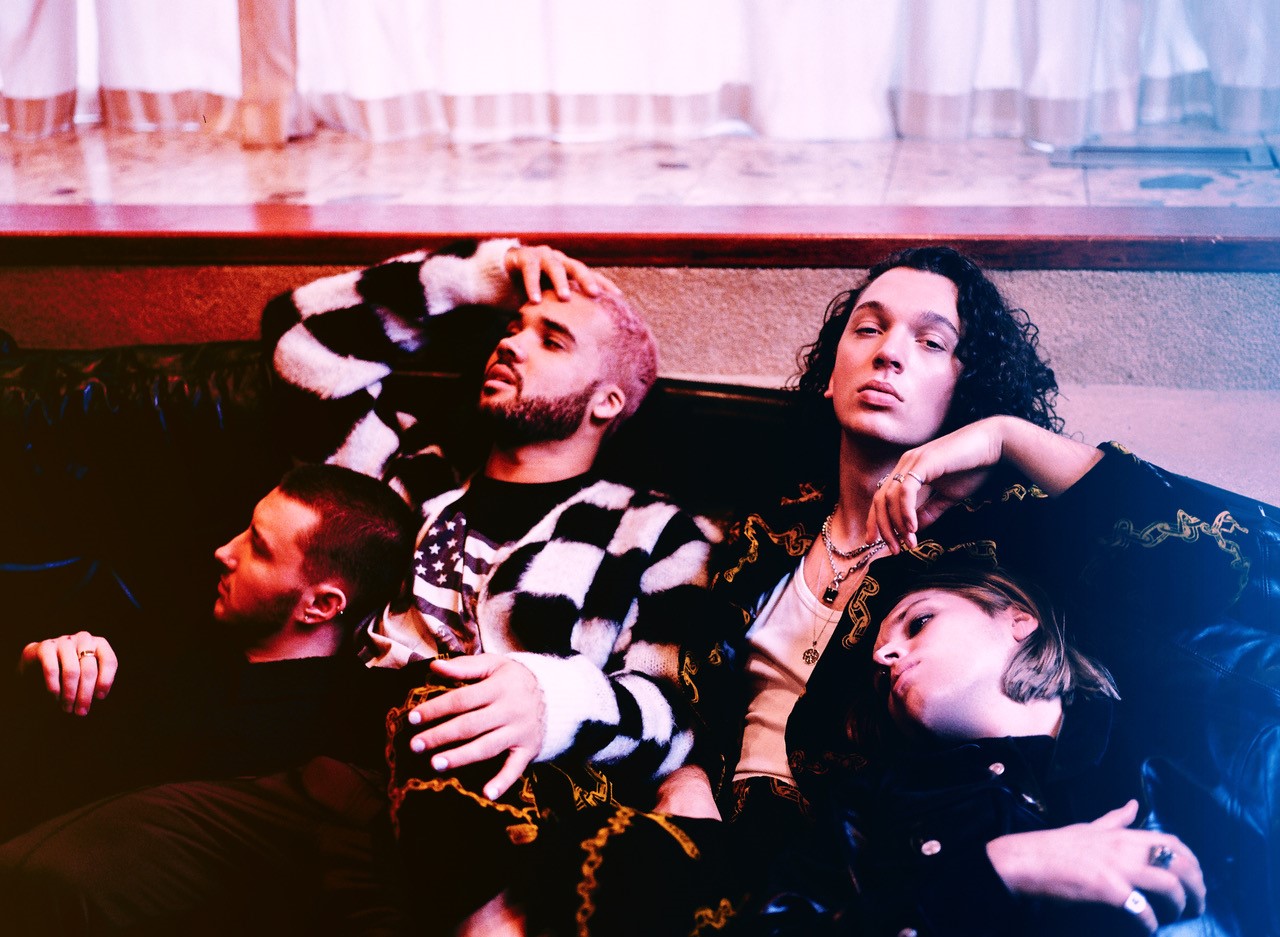 Larkins are an indie-alternative pop band with an incredibly polished sound that delves deep into inter-personal relationships and relatable tragedy on par with more established bands like The 1975.  Their new song ‘Are We Having Any Fun Yet?’ is a slow-burning, beautiful ballad about a relationship in turmoil, I wanted to find out more about their process and so I asked them a few questions:

Tell me about your new song, “Are We Having any Fun Yet?” and the concept behind the music video.

That song started in a writing session with Dan Nigro who also produced the track.  Josh was on the tube and a couple in front of him were arguing but had to stop for a second because they couldn’t hear for the screeching of the train, hence the first line of the song!  The bulk of the writing was finished in London but we recorded it in LA a few months later which I think you can really hear in the track.  We felt that the music video needed to be much more cinematic than anything we’ve done before, Grandmas (the director duo) came in and did a great job of really bringing out the feel and vibe of the song.  Josh had kinda had the idea of him walking around London like he had done on the day of writing the track so that’s kinda where the idea started.

What was your experience like in putting the music video together?

It was such a long shoot!  The car crash scene was surreal and the stuntman was so relaxed about the whole thing.

We’re gonna see what happens with the whole COVID-19 situation but we’ve rescheduled our tour for December which we can’t wait for, we’ve not played live in months so we are really missing it.  Up until then, we’re recording a lot of new music.

Me (Dom) and Josh met when we were about 11 in high school and probably one of the first times he clocked that I played guitar was when I was performing a really cringey song that I’d written at some school event.  I think after that we kinda latched onto each other and started playing music together.

Err it was really really wet.  Something about a landlord kicking me out of my apartment.  I was 11.

Manchester is a proper vibe, so many little venues and you can pretty much get to a gig most nights which is what we did on the way up.  When me and Josh moved into Manchester we’d be either playing a show or going to see someone most nights.  It’s such a vibrant city and is super diverse and multicultural which makes it dead inspiring, I think that’s why so much music has come out of Manchester, they say the only thing it doesn’t have is a beach.

Bon Iver are continuously changing the Pop landscape without anyone realising.  There’s a handful of artists who, even if you’re not into the music too much, it’s impossible not to admire what they’ve done.  We’re talking The Beatles, Led Zeppelin, Beyonce, Madonna, Prince.  There’s a few more but they came to my head first.

I mean technically we played the 1975 at Reading and Leeds last year who were monumental.  When we were coming up we played with a band called Hidden Charms who are unfortunately not together anymore but they were unbelievable live, we took a lot from playing with those guys.

All sorts really, King princess is really vibey at the minute and love her visuals.

Thanks for YOUR time.