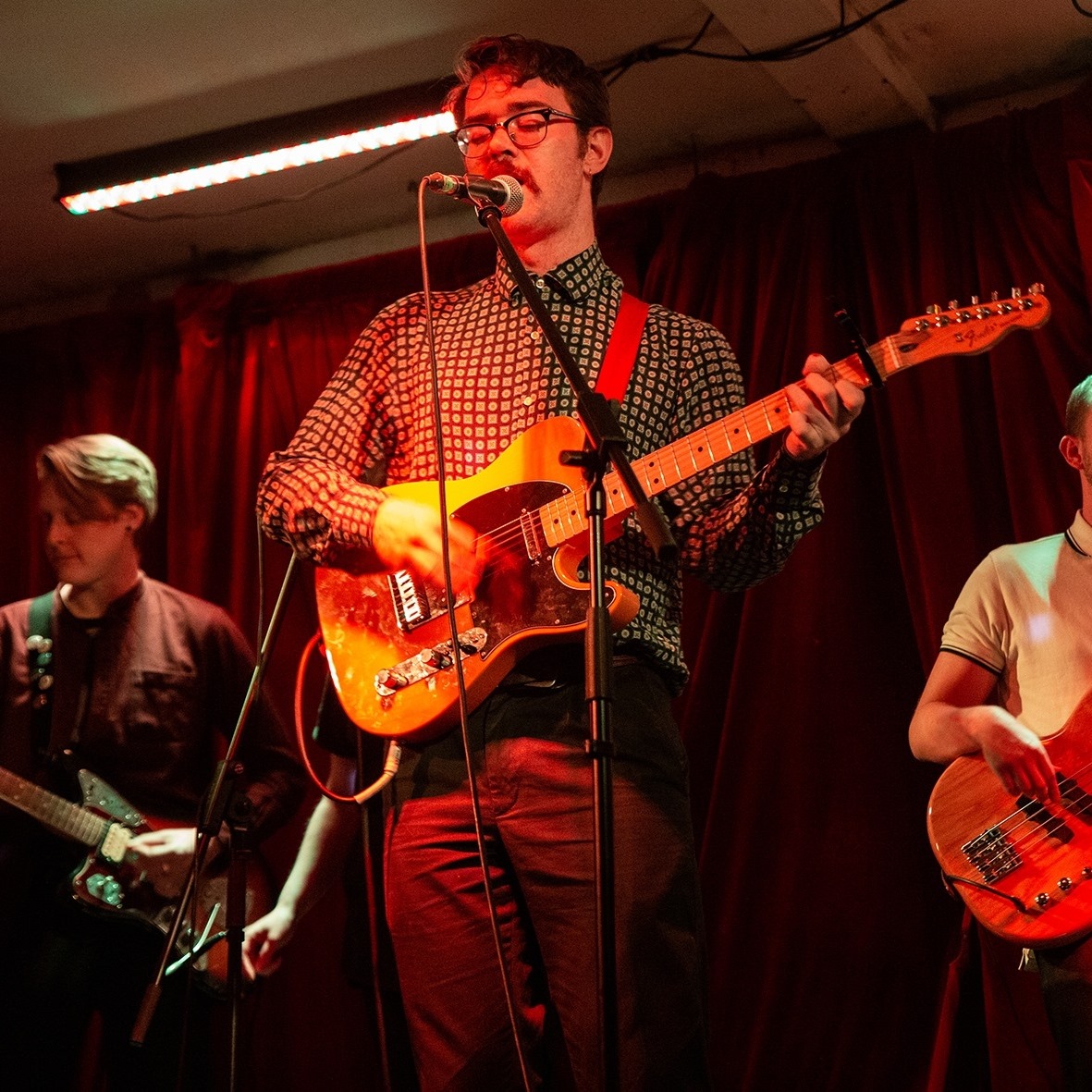 Just cos he isn’t interested in sleep, John Clay decided to burn the midnight oil and chat to Crying Swells frontman, Daniel Armstrong about his upcoming debut video launch for single ‘Lungs‘, out this Friday 26th June.

Thanks for agreeing to speak to God is in the TV. What are you up to at the moment?

No worries at all. I’m currently on a break between jobs, working from home right now and getting my head around a Roland drum machine, which I fully intend to use for my next record. There may or may not be 808 handclaps involved…

Oh boy, handclaps! Should we be afraid, or brave?

I’ve learned from past experience that it’s always good to take creative risks. Whether it’s putting banjo on a shoegaze track or playing two completely different characters in a music video…if it doesn’t work out well in the end at least you tried the idea, and learnt from it. As long as something you do has no negative impact on the world what’s the harm? 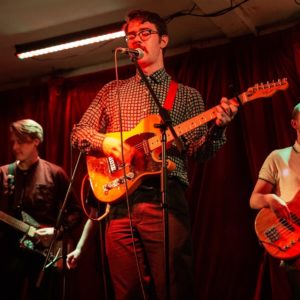 Keen to know the abrupt change in musical direction. Why this form of music as opposed to your last single?

I just got really into My Bloody Valentine, Sonic Youth and Brian Jonestown Massacre again as I was playing with Frankie Tear Drop Dead. I just gravitated towards that style of guitar playing and songwriting naturally. Going to loads of gigs at The Shacklewell and Moth Club in East London really opened me up to the feeling that musically, Rock and Roll is still truly alive today. The community we’re building with our scene is solid and strong and all about the music. Nobody cares about the usual stereotypes of masculinity or drug abuse that goes on behind the scenes anymore. It’s in the past. That shit is totally lame. Just try to play good music and keep people guessing. That’s what it’s all about for me.

Do you think that the erasure of those stereotypes is something you might explore in a music video one day?

Good question. On one hand, yes, but it would have to be done tastefully. On the other, I’d rather just make something that’s fun and vibe-y. I like exploring abstract themes rather than direct topics. It’s more fun to interpret.

The visuals of your video don’t include you at all. Is this purposeful reduction for any particular reason?

I was going to shoot a video with actual people that was based on Trash-Humpers but East Midlands style but then Covid happened so I was forced to produce a video using alternative methods and archive footage. But yeah also I just thought using self-shot footage in quarantine would be pretty cliche. I’m happy with how it turned out though and I really enjoy editing.

In a recent interview, you stated that you wanted to create ‘entire worlds of sound’. Does your video seek to build upon that premise?

Definitely. Aesthetically the video touches upon my escapist obsession with Americana, a visual/sound-world that I could write about for a long time. Years ago I went through a phase of reading authors such as Cormac McCarthy, Don Delilo, Bukowski and William S. Burroughs and the imagery from that period has stayed in my head permanently. I also did a trip across the west coast of the U.S and Canada last year. When you are there you feel as though that’s the only world that exists as the country is so expansive with all the varying cultures and ecosystems. It’s easy to forget everything else exists. The video is a personal nostalgia trip in one way but it also highlights the problems we face as humans when we get close to having too much technology and infrastructure in our lives. You just need some escapism in your life sometimes, right?

Escape. Where would we be without it? By the way, what is sadboi pop? You mentioned that last time and I wanted to follow that up here.

Haha! To be honest I was watching one of these reaction videos on youtube where this dead pan american dude is listening to Queen is Dead for the first time. He seemed kinda non-plussed about Morrissey’s vocals and one of the comments read that ‘he just doesn’t get that its 80’s sadboi pop at its finest’ and I laughed out loud!

As a disclaimer, of course Neo-Morrissey isn’t in my listening list these days but I miss the old ultra camp feminist Morrissey of yore. It’s my favourite record of all time so to deny that influence would be just, silly. Camp Johnny Marr all the way though!

You spoke of being influenced spiritually by The Kundalini Genie. Care to expand?

I met them touring with FTD. They are great people, very humble. I dunno I just really love their sound. It’s slow and groovy, but heavy and sexy all at once. Robbie Wilson has an incredible voice of a generation type thing going on, and he just doesn’t know it yet, so he over compensates by talking some hilarious patter at their shows. They are true great real Rock n’ Roll band, and a bunch of hilarious really down to earth lads. Their last album 11:11 is the dogs!

Nice. Before we conclude, anything special planned for your live session out on the same day as the video?

Working on it right as we speak Mr. Clay. It’s a surprise. If we were allowed to have people around I’d have had Martin Pearce backing me up on guitar no doubt.

Well, we here at the blog like surprises and we loved your rather informative interview. Until the next time mate … stay safe!