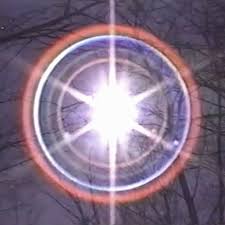 Oh dear. Where to start with this record? Where to start? Well, on the plus side, Transfiguration Highway by Little Kid is absolutely on point for July 2020. If you want an ideal soundtrack to lockdown-land, you’ve found it. Bang on the money. Unfortunately, that means it’s meandering, listless, repetitive and all too frequently offers a brief moment of interest before snuffing it out and going back to the same dreary old cobblers. Annoying, dreary old cobblers at that. Sound familiar?

It’s hard being so hard but, despite repeat listens, the 11 songs here come across as barely developed ideas. Ideas for tracks loosely coming together in the studio then, just when something interesting emerges, “it’s a wrap“, and onto the mastertape it goes. A masterclass in missed opportunities and frustration. Again, it really does sound all too familiar.

Little Kid have a sort of countryish, lilting sound. Bit of piano, a touch of harmonica, a dribble of banjo. But it is all just sort of…sort of. The songs loosely assemble, hang about for a bit, maybes have an all too brief interesting thought and then bugger off. In a very relaxed style. Too relaxed.

It’s a great shame as the fleeting moments of inspiration are great. ‘Thief On The Cross‘ introduces a more forceful groove to the blueprint. Promising stuff indeed. By a huge distance, the best tune on here, even if it’s not exactly likely to kickstart dancing in the streets in and of itself. But then we slope back to square one and just sort of drift about a bit again. Presumably meant to be a contemplative vibe but it becomes rather wearing.

There are other moments of joy. Well, perhaps not quite joy but enough to get the blood going. ‘Made For Each Other‘ and ‘Close Enough To Kill‘ sit in the middle of the album and both build to exciting crescendos. Those crescendos were clearly a bit too much as just when the 10 seconds of thrill get you off your seat, or ears pricked at least…off they pop. Songs end, too much excitement for one day!

It brings no great joy to be so abrupt about someone’s work. Whatever one thinks, few artists are careless and cynical. But this has to go down as a record that needs a royal kick up the arse. A record that needed a producer saying, “that bit, that’s the interesting bit. Do more of that“.

Little Kid have some good ideas. They should try to get more of them on their albums.