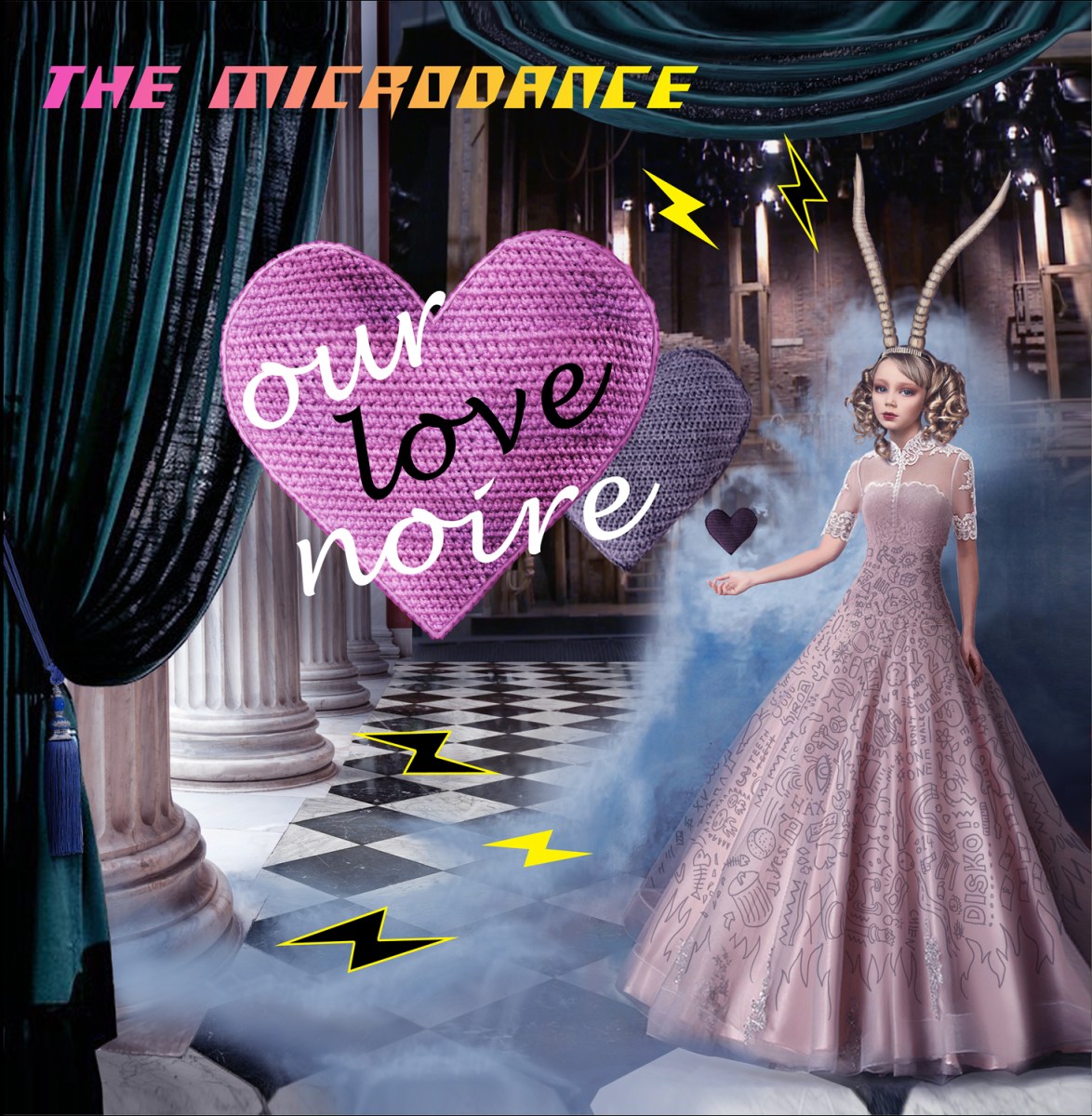 If there’s one thing you could never accuse Alex Keevil’s project The Microdance of, it’s under ambition. Everything about Our Love Noire, the London-based band’s follow up to 2015’s well received New Waves of Hope, is cranked up to 11. We’re not just talking guitars, although most of the 14 tracks here are typified by a trademark sound that resembles an avalanche or swirling storm of effects-laden riffs. But beyond that, Keevil’s vocals are also set to an emotional overdrive that is rarely encountered in the oh-so-cool world of rock music.

Writing and playing the majority of the music here, Keevil describes the album as ‘a mix-tape affair’ with a much wider musical brief than its predecessor. ‘The Ride Today’, for instance, is built around a simple drum machine pattern, resembling later era Fleetwood Mac hijacking a song by The Cure. ‘Beezlebubbles’, on the other hand, has the slacker haze and self-destructive distortion of Dinosaur Jr at their best, perhaps with a twist of kaleidoscopic Cocteau Twins dreampop on the side.

Even the most reflective moments, like the wonderfully named ‘Felicity Attacks’, ‘New Chord’ or closing track ‘Trick Parade’, have a fizzling intensity, mainly through Keevil’s broken, vulnerable moan of a vocal. It’s hard not to get swamped in its melancholy and dragged along by the sheer emotional pull of them.

That said, there is no denying that The Microdance are at by far their most impressive with all their guns blazing simultaneously. The album’s opener ‘Lovesick Kisses’ starts where the LP means to go on, combining the grunge-like vocals and walls of underlying distortion with pointy Cure-style guitars and a heart-on-sleeve refrain of “what’s the world without you?” ‘Gloom’ is another rollercoaster that goes from blazing fire to flickering embers and back again, while ‘Get Darker’ incorporates an almost black metal intensity into its careering, lurching character. It’s not quite goth, but will definitely appeal to that recently neglected part of the indie market which likes a decent dollop of dark-edged romance on their plate. While ‘Our Love Noire’ may be a varied smorgasbord of styles, it’s one that’s still bound together by a very strong and powerful singular atmosphere and identity. Not for the faint hearted, certainly, but then what great rock ‘n’ roll is?

Our Love Noire is out now on Somewherecold.