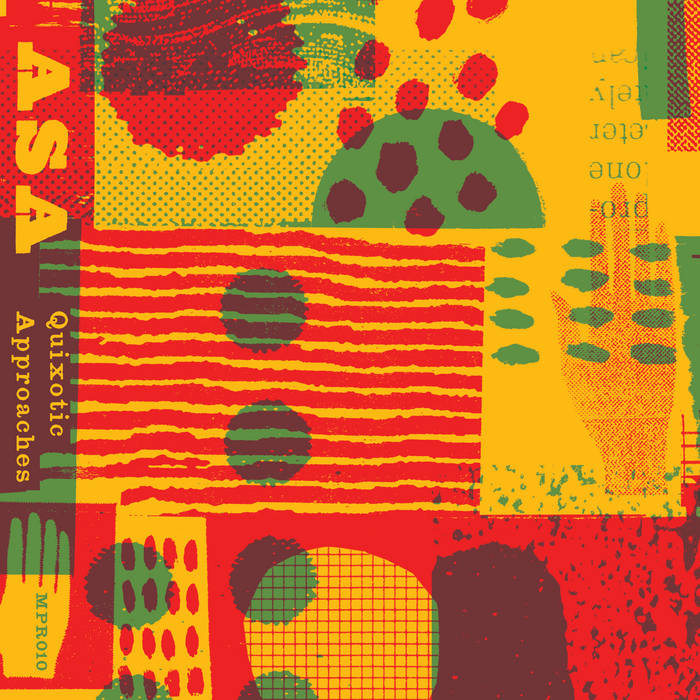 For a little over a year Miracle Pond have been releasing glorious music. Their 10 releases feel timeless*. This is down to the music fitting into that experimental electronic vibe that was starting to take hold between the late 1960s and mid-1970s. Their debut release by Beam Weapons set the bar high. For its duration noisy drones were the order the day, but that was only half of it. Everything about Music to Disperse Crowds had a lo-fi charm to it that gave the music a lo-fi scuzzy feel. Since then they have released cassettes by Pictogram, Polypores, Prufrock, Onepointwo, Dead Leg, Kyron and now Quixotic Approaches by Asa .

Quixotic Approaches consists of two 16 minutes soundscapes. At times they feel like dreamscapes. Nothing really makes sense about them. Musically they float like the mist above a moor in the
gloaming. And just like mist there is every little tangible to grab hold of, you can feel it all around you. These dense pieces of music skew and mutate from deep oscillations to field recordings to cavernous drones and synth workouts. During ‘QA One’ there is a sample from a PSA about disposing of medication after you have used it. One of the characters says “It’s all gone quiet up there” implying that a child has consumed the medicine. Before you have a chance to dwell on the image in my mind, the music immediately changes, and you are forced to forget the possibly horrific image until it comes to you much later. To this sample the backing track is lurid and murky.

Throughout Quixotic Approaches, Asa uses samples and gurgling synths to create a kind of imagery, making it sound like an outtake from Chris Morris’ seminal ‘Blue Jam’ radio show. What Quixotic Approaches does incredibly well is challenge your perceptions of where a piece of music should go or how it should get there. From the start of each side it’s hard to predict where it will end. Even when a new phrase starts you are left wondering that that section will end/fade into next. There are moments when you can see the Asa has got too comfortable with an idea and then goes off in another direction. Throughout there are plenty of catchy melodies, but these are generally followed with distressed guitars, floating piano, or atonal sounds. There are many similarities to Miracle Pond’s first Beam Weapons release and ‘Quixotic Approaches’, although this is a more musical album, but they come from the same cloth. This is an enjoyable, and confounding, album that you never quite get a handle on, but I guess that’s the point.

*At the time of writing.