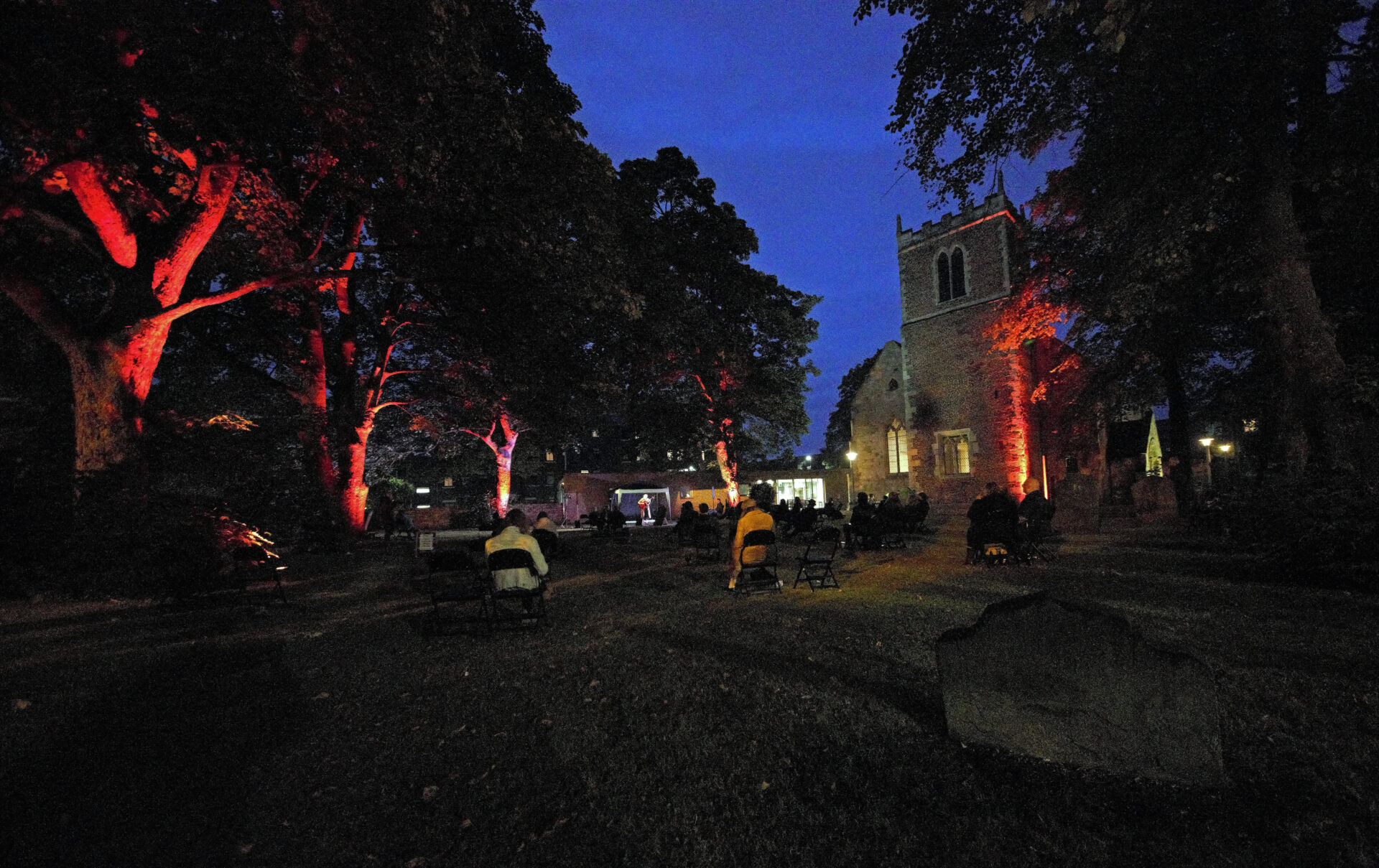 Where: National Centre for Early Music, York
When: 10th September 2020

Live music is back. This is the fantastic news. Its brand new format, though, may not present itself in any immediately recognisable shape or form. And, sadly, it may only be a temporary state of affairs; the imminent ban in England on gatherings of more than six people could quite easily put paid to this. But the fact still remains that live music is back here in York for the time being at least.  And for that we have to be extremely grateful.

After a six month absence enforced by the Coronavirus pandemic and in what has become an increasingly dark and deeply troubled time for the live music industry we have the National Centre for Early Music (NCEM) working in close collaboration with local grassroots venues and promoters the York Music Venue Network, The Fulford Arms, The Crescent Community Venue and Please Please You to thank for their considerable time and effort in making this happen.

Together they have carefully planned and prepared for Songs Under Skies, a series of six open-air acoustic concerts featuring some of York’s finest musical talent. The events have been scheduled to take place throughout the month of September in the historic grounds of the NCEM at St Margaret’s Church, a Grade I listed building dating from the 12th century located just outside the city centre. 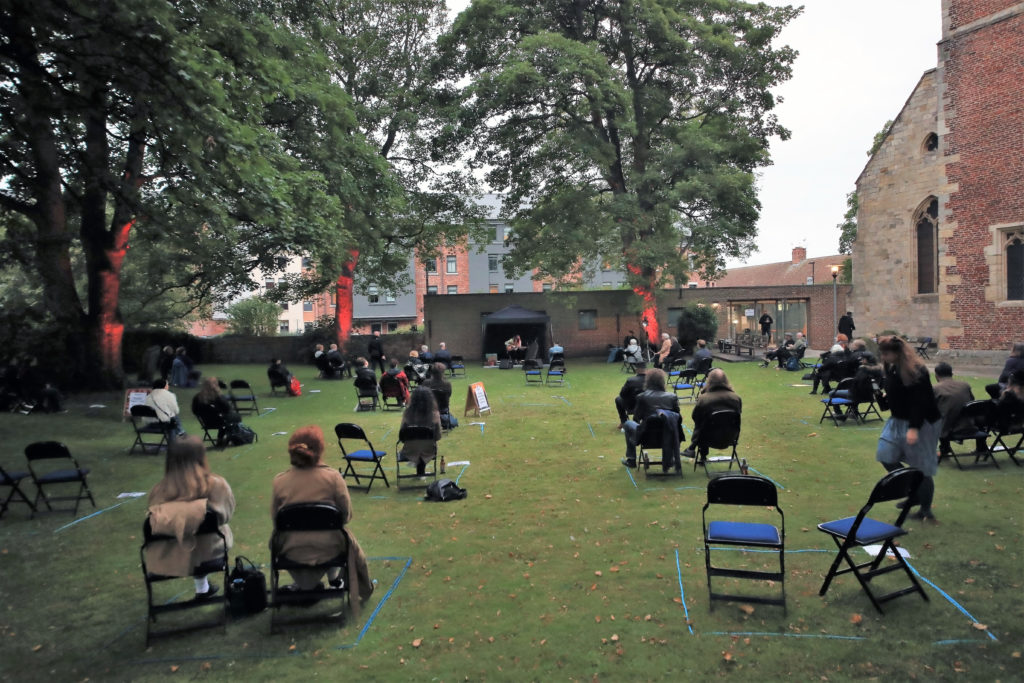 In strict accordance with current government advice for outdoor performances, the organisers have put in place a number of precautionary measures to ensure that these events go ahead both safely and securely. These measures include restricting audience numbers to 50 for each individual event with the seating area set out in pre-booked ‘pods’ and at a two-metre distance from each other. Highly attentive and the most considerate of volunteer stewards and venue staff – in a reassuring ratio of approximately one to every five members of the audience – are on hand to direct us to our ‘pods’ upon arrival, a process greatly facilitated by a one-way system having already been put in place.

Each event follows the same stringent schedule. The church gates open at 6.30pm for a 7.00pm start; two artists each play a half hour set, bisected by a 30 minute interval; and the concert is all done and dusted by a very civilised 8.30pm, give or take a thoroughly deserved encore. It may not be rock’n’roll as we once knew it – a seething mass of humanity packed tightly into some hot and sweaty pub or club – but my goodness we do like it. After six long months to be once again waiting for the start of a live musical event with all of those old familiar sensations of excitement and anticipation coming flooding back, believe you me it feels very special indeed.

Tonight’s show – the fourth in the Songs Under Skies’ series – features Wolf Solent, the musical project of York musician Danny Trew Barton, followed by the Leeds-based indie-folk singer-songwriter Rosalind. Given the time of year the weather has once more been unusually kind. As such, and in keeping with the title of the series and the way in which it was always intended, this is the third such concert that will be held outdoors in the garden of the church. Rain, unfortunately, had dictated that the first of these shows last week was forced indoors albeit into the beautiful, but again suitably socially distanced surroundings of the church itself. 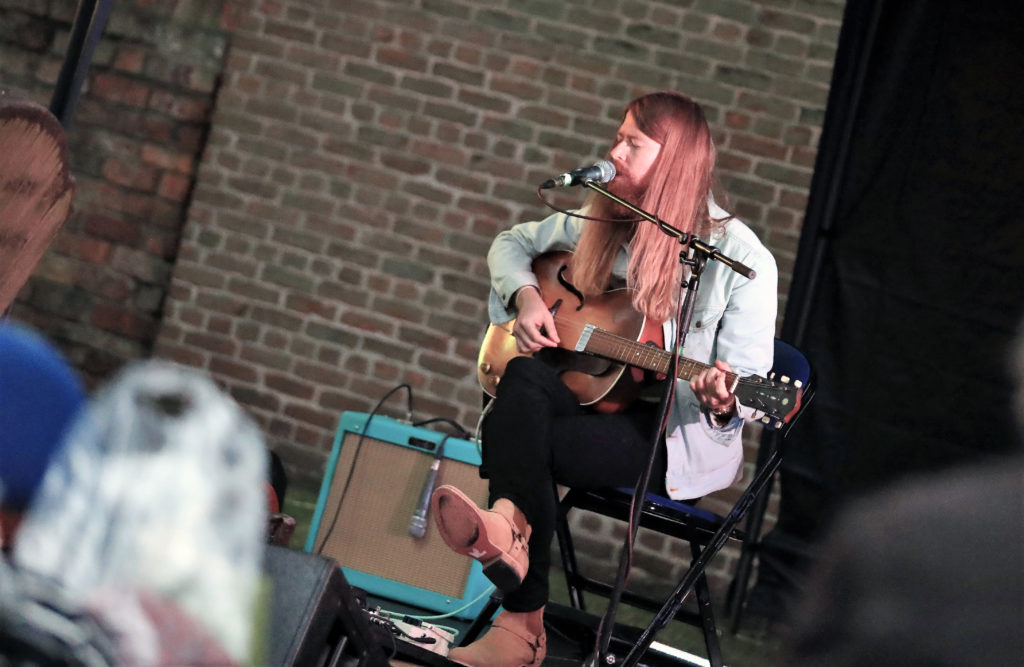 Having taken the night off from his other musical commitments with local rock’n’roll bands The Illness and Cowgirl – both of whom, coincidentally, have new single releases out the next day – Danny Trew Barton dons the mantle of Wolf Solent. And he chooses to take Prime Minister Johnson at his word; well, one of them at least. Space is the place for Barton and he infuses his eight songs with a strong cosmic vibe. By the time he gets to ‘Forget You’ he has taken us all way up into the stratosphere as he merges psychedelic flourish with subtle harmonic phrasing. Wolf Solent then brings us all gently back to Earth with the deeper melancholy of first ‘Roads’ and then ‘Sea You Leaving’ but still leaves us feeling enriched by the experience.

Ellie Milne is someone who also knows a thing or two about yearning, regret and the noble quality of mercy. That much is clear through the songs of her musical persona Rosalind. She transcends the more traditional boundaries of confessional songwriting with a performance that delivers the songs’ message through a delicate sleight of hand rather than one of grand design. Given Rosalind’s strong emphasis upon the open-tuning of her guitar and the purity of her voice, parallels will be drawn with Joni Mitchell but perhaps where the two artists overlap even further is through their shared commitment towards, and belief in the power of romanticism. The song ‘I Want to Love You’, written during lockdown, illustrates this point quite perfectly. 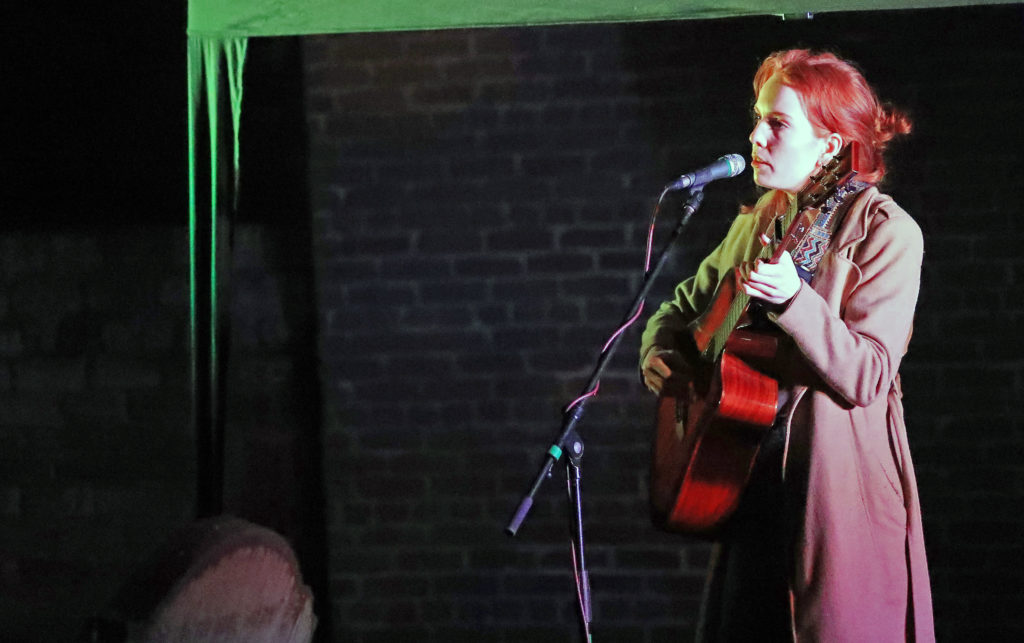 Now this live streaming malarkey is all fine and dandy and for many it is born out of wholly legitimate financial necessity. But it retains an abstract placelessness, an intangible quality that can never replicate or replace the real thing. Being here tonight in the company of two splendid musicians and two score and ten other like-minded people tells me just how much I have missed the life-affirming experience of live music.

More photos from this concert can be found HERE