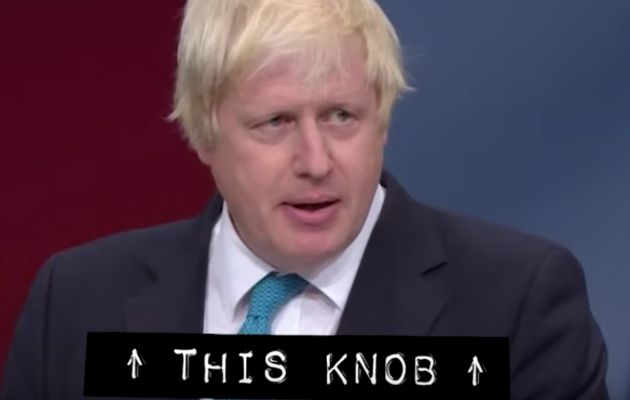 The Conservative Party once stood for something. It didn’t stand for much that I ever agreed with, and politics has always been riddled with corruption, but it seems that people always knew what Conservative values were, even if they were against them.

Today, the Conservative Party appears to stand for nothing but migraine-inducing chaos and disorder, Orwellian truth-twisting and a deeply concerning tendency toward power-grabs. It has detonated a barrel of explosives beneath its own integrity and now resembles a wounded beast, clawing and limping its way from one crisis to another, desperate to reach an oasis of sanity or, quite possibly, just to be put out of its misery.

Ever since the Brexit referendum of 2016, the UK has been slipping into a twisted nightmare of dishonesty, incompetence, disregard for the law and disregard for democracy. The Conservatives have lowered the bar for political conduct, dragged it into the gutter and smeared it in so much shit and toxic filth, that the UK has been unable to wash it clean and restore it.

Seventeen million people decided this future for a country of nearly 66 million. They claim ‘that’s democracy.’ They claim that it was ‘the will of the people’ and that the country ‘overwhelmingly’ wanted to Leave.

It was no such fucking thing and most of us know it.

Those who voted to Leave the EU equate to roughly 26% of the entire population of the UK, having done so following a Brexit campaign of lies, misinformation, anti-immigration sentiments, promising the undeliverable, breaking electoral law, drawing heavily on unethically harvested data, and which was more than likely subject to foreign interference which we now know the UK government chose to turn a blind eye to.

The default position for UK referendums is that they are not legally binding unless expressly set up that way by statute. In February 2019, following a case lodged by Jessica Simor (who argued that the criminal conduct of the Brexit campaigners should void the result), Court of Appeal Judges ruled that the referendum result should have been voided, but it could not do so, because the referendum was not legally binding – even though it was being treated as though it were. 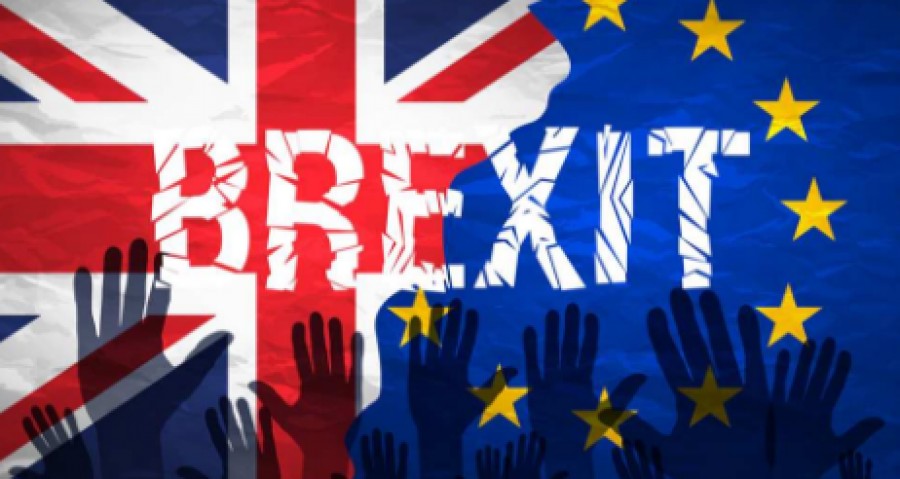 Supporters of the result just dismissed this as Remainers being bad losers, being undemocratic and not respecting the ‘will of the people’, regardless of whether they could see the glaring hypocrisy in defending actual undemocratic conduct.

But the ruling should not be ignored. It speaks volumes as to the relevance and reliability of the result – a result that has been relied upon ever since to maintain the lie that Brexit was what the country wanted, and to therefore enact the most divisive and arguably most destructive political decision in generations.

The issues arising from the corrupted nature of the referendum do not and never have appeared to concern Brexiters, those all-too-often self-professed guardians of democracy, who — in a perfect manifestation of Orwell’s ‘double-think’ — seemed quite content to turn a blind eye to multiple perversions of the democratic process as long as it obtained them the result they wanted.

But how can a country go forward from that point and begin to operate with any degree of integrity? How can it celebrate the result of a corrupted exercise in democracy, and hope to unite people who are so bitterly divided – not only by the deprivation of rights and freedoms, but by a fundamental outrage at the success of dishonesty, law-breaking and manipulation?

How can a country even attempt to try to restore integrity when it has been tasked with taking a course of action decided by a glaring mutilation of the democratic process?

It cannot, of course. There’s no going back from that. They dragged our integrity into the gutter, and from the gutter they had to stay in order to press on with something derived from corruption.

Remainers who fought to uphold honesty, decency, the principle of law – who battled to keep the government in check and to ensure it acted not in a dictatorial capacity but in line with true democratic principles – they were the ones who, in a madhouse flip-flop of logic, were branded the undemocratic ones. The enemies of the people. The saboteurs.

And yet, whilst some of the motivation may indeed have been to stop something they knew was bad for the country, they were also the ones truly trying to uphold the values the Brexiters claimed to care so much about. Sovereignty, democracy.

For four long years, it has seemed as though the only way to press on with the result of a corrupted exercise in democracy, was to corrupt democracy further. And thus was laid the foundations for a Tory government that had shaken off the shackles of moral decency and could now openly relish in the freedom to say and do whatever it wanted without recrimination.

Lying to the Queen and unlawfully proroguing Parliament as a tactic to shut down resistance was the culmination of a corrupt government’s effort — in tandem with a supportive right-wing media owned by millionaires — to poison the atmosphere, and poison the debate. To turn people against those actually protecting democracy and decency, not for the benefit of those being turned, but for those doing the turning.

Boris Johnson was never the right man to lead the country. Byline Times writer Jonathan Lis in his article ‘The Anti Prime Minister’ crafts a perfect argument for that very point, and far more coherently than I could.

Ever since he succeeded Theresa May, things have gone from bad to worse. He’s holidayed through practically every significant crisis the country has faced (Storm Dennis, the mounting tensions with Iran, the A Level crisis). He’s performed so many u-turns that one can’t help formulate an image of a battered-up Ford Fiesta doing donuts in a supermarket carpark.

His handling of the Coronavirus crisis has been an absolute abomination, the mind-buggering incompetence with which he approached the whole thing perfectly summed up in those gleeful boasts about shaking hands with a hospital full of Covid patients. And if that wasn’t enough, we’ve had to sit and listen to a line-up of snivelling government ministers making a piss-poor defence of Dominic Cummings’ lockdown rule-breaking, a man so hideous he himself famously spoke (in 2017) about how the Tories care nothing for the average Joe before taking a job advising their leader.

The embarrassing feed of shit we were asked to believe about needing to test his eyesight by packing his family into a car before driving 30 miles to Barnard Castle was a low-point I didn’t think the Tories could sink beyond, but by Christ, they’ve managed it.

Having agreed a new Withdrawal Agreement with the EU last year (essentially the same deal that Theresa May negotiated but with one major difference – the border down the Irish Sea to replace the Northern Ireland backstop), the usual parade of snivelling sycophants danced to the government’s tune by jumping up and down with mindless glee at the new deal like lobotomised wild-west prospectors, before voting it in either without even reading the fucking thing or knowing full well that it would later be the subject of rebellion.

Of course, now we’re being asked to believe that reneging on the deal they agreed (because it is now rather suddenly a ‘bad deal’) is an acceptable course of action, even though Brandon Lewis MP quite openly admitted in Parliament that to do so would break international law.

We also now know that any ministers acting under such a breach of the law would also be breaching ministerial code. But despite the government’s attempts – by way of the vacuous Attorney General Suella Braverman – to rely on the Supreme Court ruling in the 2017 Gina Miller case, all that the ruling in that case does is confirm that Parliament is sovereign.

Braverman, of course, has made no secret of her support for reforming the justice system to prevent what she and other Boris Johnson puppets claim is the interference of politicised judges in the process of democracy, even though the democratic process is itself one bound by legal convention which the judges were tasked with upholding in the face of a rouge government which sought to undermine that very principle.

We know damn well that parliament can pass whatever legislation it wants. But the ruling in the Gina Miller case in no way absolves it of the consequences of choosing to break that law.

If it needs stating, then I’ll gladly state it: You may be free enough to choose to break the law, but you are no position to remain free from the consequences.

The government is now deploying its line-up of ‘go-to’ dancing puppets in a flimsy campaign of propaganda that once again leans heavily on double-think. They are furiously smashing out tweets about how reneging on the agreement will earn us the respect of the rest of the world, and restore our integrity, despite it seeming to have outraged almost all sensible, right-minded UK citizens, the EU and the US, both of whom we intend to negotiate trade deals with.

One can’t help but wonder whether Japan watched all this unfold with a sinking feeling and some serious second thoughts about what they’ve just got themselves into.

Doing something that has absolutely no integrity is not the way to show that you have integrity. But the idea that government ministers and Tory MPs can willingly blurt this total insanity into the world and expect us all to get on board is utterly offensive.

How can a government seriously expect to lead by example when it is willing to do the thing it wants the rest of us not to do? When a government decides that the way to force through a decision made following a dishonest, law-breaking campaign is to repeatedly behave unlawfully, then something has gone very, very wrong.

This is a crisis like no other. It needs dealing with now. UK politics needs to clamber out of the gutter, clean off the shit and filth and do much, much better. Every single MP who voted for Boris Johnson’s deal and is now vociferously campaigning against it needs to be held accountable. If they voted it in knowing that they’d later turn against it, then that’s nothing but dishonesty.

If they voted it in without knowing what it contained, then that’s negligent. Either way, they’ve behaved appallingly and now need to face the consequences.

I’ve never been a supporter of Brexit, but for Christ’s sake – Brexit was supposed to be about reclaiming the ability to make our own laws, not break our own laws.

1 thought on “OPINION: The Conservatives: the party of lawlessness and disorder”