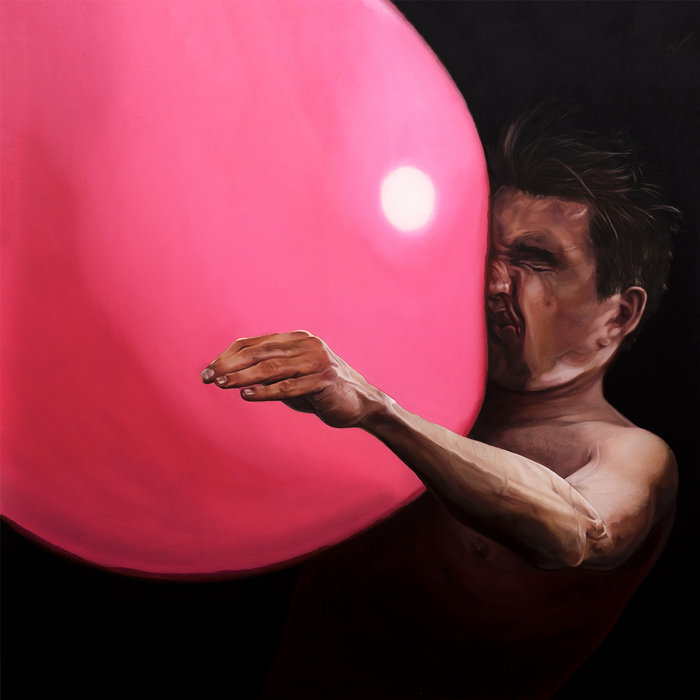 No band feels more “of the moment” than Idles.  They are proving that soft boys can make hard music.  That punk can both push against the establishment and appeal to the mainstream.  That bands can unify listeners not just on musical but ideological grounds.  They are riding a wave of popularity, but predictably (as familiarity breeds contempt) there is a growing undercurrent of people who think they are a bit obvious and not “all they’re cracked up to be”.  They’re not trying hard enough, or perhaps they’re trying too hard.  There is a feeling that following two albums which have reached improbable levels of popularity that the group still have something to prove.  It will be interesting to see whether Ultra Mono can convince those primed to dislike it.

‘War’ is a monstrous opening track, starting with a moment of silence and the click of a jack lead before throwing you into riotous guitars and pummelling drums.  At regular intervals the guitars pull out, sucking all the air out of the track before a rush of noise – it gives you sonic whiplash every time.  The incongruous drum pad blast beats provide the best moment of what might be the band’s best song to date.  Following this, the single ‘Grounds’ sounds stronger and bolshier.  Guitarist Mark Bowen has a lot of fun with a synth pedal here (not for the last time on the LP) creaking out gloriously awkward, melodic earworms.  It’s a rallying cry for snowflake liberals that gets messy and twisted.  “Do you hear that thunder, that’s the sound of strength in numbers”.

Idles deal with every issue of the day on this LP, with the exception of the unanticipated pandemic.  Of course many other acts reflect on topics such as racial, social and gender inequality but Idles do so with a refreshing bluntness only a punk band would be capable of.  Joe Talbot addresses accusations of over simplistic lyricism with the refrain “how’d you like them clichés?” on ‘Mr. Motivator’.  This is in deliberate contrast with some of his weirdest, funniest lyrics to date.  “Like Kathleen Hanna with bear claws/ grabbing Trump by the pussy/ like Delia Smith after ten chardonnays/ making me a nice cookie/ how’d you like them clichés?”.  If you ignore the enraged verse vocals it is as straightforward an indie anthem as Idles have ever produced.  They work well in this mode – mosh pit music.

The idea of Talbot being a clichéd writer has clearly gotten under his skin because he references this again on ‘The Lover’, a song about himself.  “You say you don’t like my clichés/ our sloganeering and our catchphrase/ I say, ‘love is like a freeway.’”  Responding to criticism in your art is a dicey game which often backfires but I think it works here.  Talbot paints himself as a bitter but sensitive person who’ll kick out and speak his mind.  “Fuck you, I’m a lover!”

‘Anxiety’ is the band at their most focused.  The drums and bass continually drive the song at a slightly faster than comfortable pace that you never get used to.  They turn what could be, in the wrong hands, a meat and potatoes album track into something rollicking, spectacular and unhinged.  ‘Carcinogenic’ falls into a similar category, a slight twist on the formula keeps things fresh.  The odd chord progression and minor melodies are bolstered by their flawless performances.  Anyone who has seen Idles live will know how in tune the members of this group are with each other.

Talbot sounds like he is having a fit on ‘Kill them with Kindness’ over a backdrop of messy guitars and angular bass lines.  In the chorus Bowen adopts a late 90s pop rock guitar tone that reminds me of an amped up version of the one heard on The Fall’s ‘Touch Sensitive’.  ‘Model Village’, a track about racist Britons from countryside monocultures, is another killer single.  They have boiled down everything you want from a cathartic rock song to its barest essentials.  It is urgent and overbold.  Talbot screaming “I beg your pardon” is my low key favourite lyric of the whole release.

Jenny Beth joins the group for ‘Ne Touche Pas Moi’ (don’t touch me), this album’s response in solidarity with the #MeToo movement.  It is a well accomplished, pop-post-punk song.  Detractors may have a problem hearing Talbot speaking from the perspective of women, on behalf of women but I like that it’s written in his typically sweet style and sung with rage.  “This is a sawn-off/ for the cat-callers/ this is a pistol/ for the wolf whistle/ ’cause your body is your body/ and it belongs to nobody but you!”

‘Reigns’ showcases jagged, downward spiralling bass, grim, pulsating synths and twisted saxophone which wind up the verses nicely, creating a satisfying release in the choruses.  It drives home the point that this is a band who only want to paint in the boldest colours.  ‘A Hymn’, is the only creeping, slow burner on the record – it has a sweet sentiment.  “I want to be loved, everybody does”.  There is less of a spark on this cut but it provides much needed breathing space before the band close out with the jubilant, screeching ‘Danke’, making sure they finish with as much energy as they started.

Regardless of whether this album changes any stubborn minds on Idles as a band, it is a phenomenal achievement.  They have matched their last album, Joy as an Act of Resistance, in terms of quality.  It is a release that reaffirms that they are deserving of their position as one of a small handful of current rock groups that sit in the public’s consciousness.

Ultra Mono is released on Partisan Records on 25th September.