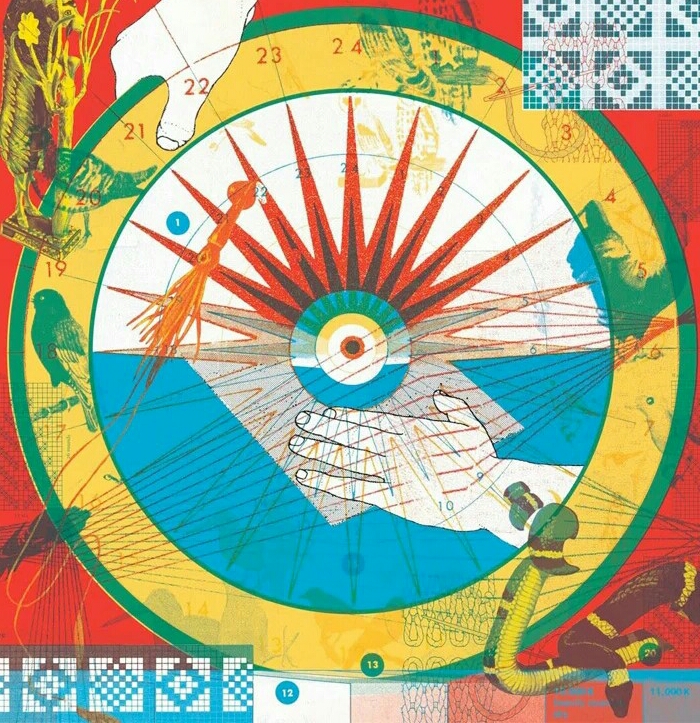 I bloody love this.

Initial thoughts upon playing The Jungle, the fifth full length release by Montreal’s Plants And Animals, were mostly dominated by “Well, this has lots of great tunes, but why on earth have they chosen to kick it off with the weakest track?” After a while though, and particularly if you play the album while driving, that introductory title track develops a fiendishly hypnotic ambience, turning it into a pulsating, addictive, (almost) instrumental number with wonky bass sounds not dissimilar to that of Tom Waits‘s ‘Diamonds On My Windshield‘, although that’s where the similarity ends.

After this comes the holy trinity of ‘Love That Boy‘, ‘House On Fire‘ and ‘Sacrifice‘. It’s as good a triple whammy as you’re likely to hear this year. The latter track treads new territory for the band, coming across like an early, drum powered U2 number if it had been performed by fellow Canadians Viet Cong. ‘Love That Boy‘, on the other hand, has that laid back, coffee table mannerism of Air‘s Moon Safari about it, not for the last time on The Jungle either, for the gorgeous single ‘Le Queens‘ – which features Adèle Trottier-Rivard on vocals – gives more than a sideways glance to the brilliant French twosome. Whereas ‘House On Fire‘ is simply the best song Arcade Fire never wrote, a huge, celebratory anthem with big eighties synth motifs straight out of the Howard Jones songbook. It’s easily one of the best pop songs of 2020.

‘Get My Mind‘ begins like a Jose Gonzalez number, all finger picked acoustic guitars and desperate melancholy, before going all Beck on us, bursting into life before the “I can turn it all into ashes” section recalls, somewhat delightfully, Roy Wood. Not the ultra-commercial, glammy side of Wood either, but the slightly murkier, album track version. And it works superbly.

‘In Your Eyes‘, despite seemingly being a heartfelt love song, somehow manages to avoid being clichèd or cheesy in its lo-fi arrangement, which, if it can be compared to anything, evokes memories of Ariel Pink’s Haunted Graffiti‘s 2010 long player Before Today. Then ‘Bold‘ completes proceedings in a similarly relaxed fashion, but with a killer refrain.

If Parc Avenue, the band’s debut album, was a likeable mix of rock, folk And psychedelia, then The Jungle continues their substantial leap forward since that 2008 introduction, breaking new ground and sees the band really finding their feet as commercial songwriters. Quite simply, The Jungle is an outstanding record, and a must for anyone who misses peak era Talking Heads. Superb.

The Jungle is released on October 23rd through Secret City.

2 thoughts on “Plants And Animals – The Jungle (Secret City)”