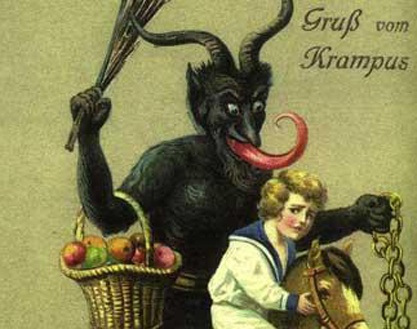 It may be difficult to believe, but Christmas 2020 has a 2-ply silver lining.

And be very secure indeed in the knowledge that if this festive period leaves you disadvantaged or in reduced circumstances – emotionally, economically, whatever – no one else you know is exactly buzzing their tits off with yuletide joy either.

Those annoying bastards on Facebook who do the #blessed thing, year in year out, celebrating happy families and smug coupledom? Their Xmas won’t be anywhere as good as usual.

Take that to your heart. Hold onto it. Treasure the thought. Cherish it. Nurture it. Knowledge is power. It will see us through ’til January at least.

Having said that, a fave Christmas pastime is surely being the killjoy of the family, delivering feminist/climate change/vegan sermons over lunch, sucking the pleasure out of proceedings and educating the rightwing – usually but not always, male – relatives. And that’s been robbed from us this time. Will the cruelty never end.

Still, looking forward – because we must – the socially distanced gigs we’ve been out and about to see this past couple of weeks have been enthusiastically attended, independent artists getting more love than usual. Green shoots of optimism that we’ll appreciate things a bit more when we emerge from the gloom? Let us hope.

Slim pickings this year for Christmas tunes or jollies but we’ve rounded up some crackers for you anyway because we’re good like that. Have the best Christmas you can, we hope it doesn’t suck too much. (Cath Holland)

Living Body is the musical project of the Leeds-based Chicagoan Jeff T. Smith, working in collaboration with other members of his adopted home city’s vibrant music scene. With all the instruments on it played, sung, recorded and mixed by Smith, ‘Don’t Kill Yourself (It’s Christmas)’ is a mantra to himself in which he recognises that the festive period can be an especially difficult and lonely time for many.

Jeff T. Smith goes on to explain further that “the release isn’t even really about the song, but part of a wider effort to destigmatise discussions around mental health, particularly around this time of year (and especially in this year). By straightforwardly acknowledging both individual and collective struggles of the past 12 months, raising awareness, fundraising and signposting to local mental health charities, it is my hope others may feel more comfortable discussing their own challenges.” (Simon Godley)

2019 had been a very tough year for Julia Jacklin‘s family brought on by the bushfires that were then raging through her home country of Australia. She found some solace in singing what she describes as “super-sad songs” every night. And Jacklin wrote ‘baby jesus is nobody’s baby now’ against that particular backdrop as she looked forward to the year 2020 with hope that it would bring better times. And look how that turned out to be. Just released earlier this month, the song retains just as much relevance 12 months on, albeit for wholly different reasons. (Simon Godley)

Recently signed to the Modern Sky record label and with new music due early next year, Holly Macve bids farewell to 2020 with her evocative new Christmas single, ‘Wonder’. The video accompanying the song was filmed at All Saints Church in Hove by James Sharp.

Speaking about ‘Wonder’, Holly Macve – who wrote, performed and produced the new song – says “As another year passes, time feels like a runaway train and all my memories of winter blur together as one. This time of year makes me think of Mulled wine, Elvis and spending time with my closest ones. ‘Wonder’ is a nostalgic montage, the sounds and imagery of a romantic Christmas time, and a reflection of all the things and people I may miss this year. It was a spontaneous song, I wrote it a few weeks back and then spent the following days alone in my bedroom producing it, arranging the strings & trying to create the sound of the dreamy, bittersweet music I was hearing in my head.” (Simon Godley)

Helen Love & Friends have relaunched their Christmas single ‘The Townhall Band’. All proceeds from the record – which features Liz from The School, Andrea of The Darling Buds, and Tim Wheeler from Ash amongst many others – will go to the Trussell Trust, which supports a nationwide network of food banks providing emergency food and support to people locked in poverty, and is part of a wider campaign for change to end the need for food banks in the UK. (Bill Cummings)

All profits from the song – which was recorded, mixed and produced during lockdown by Stylusboy at his home studio with the help of his family – will be donated to Carriers of Hope, who work with vulnerable families across Coventry. This Christmas, Carriers of Hope are delivering hundreds of shoeboxes full of presents and Christmas dinner bags to children, with the aim of making Christmas a little brighter for those who find themselves in need. (Simon Godley)

The melancholic reality of Christmas Day shot through with humour, obligatory jingle bells and a Mud-dy talking bit is what we find in our Christmas box from from Wesley Gonzalez this year.  Presumably written and recorded before we all knew how rocky this festive period was going to be, it feels marvelously prophetic. An uncomfortable comfort, if you like.

Erstwhile hardest working guitarist around Charley Stone outta Desperate Journalist, Salad and Gay Dad to name a few has released a new Christmas song called ‘Merry Christmas Actually’. She says “It’s inspired by the worst scene from the worst film ever, for this season of goodwill to all women and men. I recorded it with Donald Ross Skinner, he gave it a Phil Spector / Magnetic Fields kind of vibe and I’m very happy with it.”

It’s being released on all the usual platforms, inc Bandcamp. Rather lovely it is too! Daubed in grainy homespun Spector sound, catchy bittersweet melody and the sepia twinkle of festive lovelorn swoon. (Bill Cummings)

The marvellously named ‘Ugly Xmas Sweater party’ by La group girlhouse came to my attention through Andy VonPip’s marvellous festive podcast. A clap along jangle tune that rummages through fading Christmas romance “are they someone you wanna stay with or is it just a fling meant to fizzle out by January?” They sing sweetly tinged with regret. Conjures imagery of exchanging presents, garish Christmas jumpers, and flirtive glances across the dinner table all wrapped up in a infectiously beguiling song. (Bill Cummings)

The Decibels – Angels We Have Heard On High

One of the few great things about 2020 was the consistency with which Californian label Big Stir put out quality records, with my favourite of these being the splendid Librarians With Hickeys, whose long overdue album was like a coming together of The Byrds, Teenage Fanclub and The Flaming Lips. As well as those standalone albums though, the label also puts out compilations of their many great acts, including, very recently, a quite wonderful Christmas album. This song, from fellow Golden State boys The Decibels, is probably my favourite from it, steeped, as it is, in the kind of psychedelic rock from the sixties that you would have found on a Nuggets set, with its killer ‘Gloria’ refrain, jangly guitars and gnarly vocals. It’s surely one of the great Christmas tunes of our time. (Loz Etheridge)

To fit the year we’ve had, Tom Rees predicted that it’d be the shittest Christmas since Field Marshal Haig said the troops had to climb out of their trenches and play the Germans at bloody football.

He apparently wrote this over a year ago, well before we actually knew the score because we only just found out the fucking score. Plug this in and think of Boris the fat cunt pretending he gives a shit about you, Handcock and his fake tears and Dominic Cummings on his farm near Barnard Castle, a mere five miles in fact, tucking into one of mummies home made stotty breads, and think “Go fuck yourselves, you’ll get what’s coming to you” and then open a Lidl’s beer and stick ‘Scrooged’ on again, and have a good cry at the end.

Fuck-a-doodle-do. Next year must be better. Surely. (Jim Auton)

Porridge Radio – The Last Time I Saw You (O Christmas)

I don’t think this Christmas that Dana Margolin is talking about was a very happy one. Again, it’s really quite apt. Maybe everyone anticipated the shit storm that 2020 was going to be and wrote songs about it.

I suppose as shit as the Christmas’s that everyone is talking about were, this is going to trump them. But on the plus side, you can hear the word “trump” and laugh that you’ll just be able to remember him as a brief wet fart on the pants of history and soon a septagenarian will step into replace the great fat Terry’s Chocolate Orange shit.

This is another slice of Porridge Radio’s acerbic angst perfectly poised on a knife edge of despair that’ll perversely make you feel better, because they are so fucking great. (Jim Auton)