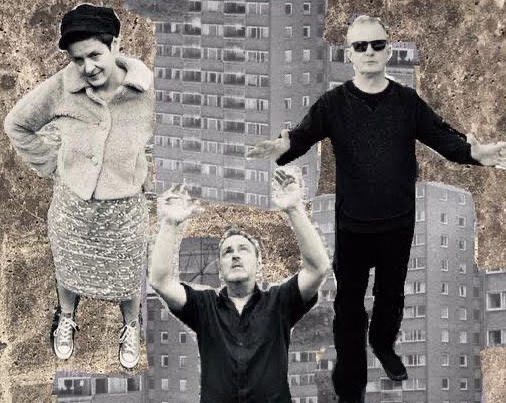 Swansea Sound, the four-piece featuring former members of Pooh Sticks, are to release a new single.

Hue Williams and Amelia Fletcher with  Rob Pursey on guitar and bass, and Ian Button on drums have pressed only one 7″ vinyl copy of the appropriately titled ‘I Sold My Soul on eBay’. It will be sold to the highest bidder on the popular auction site.

‘I Sold My Soul on eBay’ is the first physical release by new label Skep Wax. This is the second single from Swansea Sound, following on from 2020’s ‘Corporate Indie Band/Angry Girl’.

‘I Sold My Soul on eBay’ is a song about the predicament of the contemporary pop group.  Unable to earn money from playing live, they are forced to rely on the digital giants to distribute their music.  They wonder if Spotify, YouTube, Apple, and the rest will offer them a fair share of the proceeds. Or just a lot of ‘likes’.

The release is reminiscent of  The Sexual Objects – featuring Davy Henderson of the Fire Engines, Nectarine No. 9, and Win – who in 2015 auctioned the sole copy of the second album ‘Marshmallow‘ plus exclusive rights forever on the same platform for over £4k. It was later released on Scottish indie label Triassic Tusk, copies of which now changed hands for £40 plus.

Skep Wax will follow up very soon with the third Swansea Sound single – Indies of the World, which will be available from all good record stores. Amelia and Rob also play in The Catenary Wires, and their previous bands include Talulah Gosh, Heavenly, and Tender Trap.

I Sold My Soul on eBay is released on 22 January, and digitally via Bandcamp now.