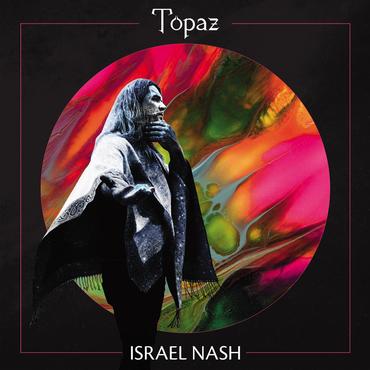 It’s summertime. You are travelling in the passenger seat of a luxurious car through the vast expanses of the American heartlands, glorious swathes of sunshine gently caressing you as you pass majestic mountains, spectacular canyons and vivid greenery. Your chauffeur is your nearest and dearest, or, if a loving relationship has eluded you thus far, it is whoever you WANT it to be at the wheel. The scenery is breathtaking. The company is exquisite. The weather is perfect. You don’t want this to end.

Sadly though, as we know, all good things must come to an end, and after approximately 45 minutes, we are returned from our state of blissed-out nirvana and returned to the land of the (barely) living. Seriously, Israel Nash‘s latest long-player – the sixth studio release in his rather astonishing catalogue – is so good that it can, and does, whisk you off to a better, simpler place where everything is all right with the world.

It feels almost disrespectful to compare these songs with any other musicians, but there are shades of such luminaries as Neil Young and Van Morrison all over the place, and the added brass on the likes of ‘Down In The Country‘ add a kind of Muscle Shoals panache to proceedings that further enriches Nash’s sound to the extent that you could even imagine any number of Motown’s most celebrated luminaries performing these compositions. They really are that strong.

“I grew up in little churches that were in the middle of nowhere in Missouri, so having the woods and being outside has been part of me since I was a kid,” Nash says. “I also saw community – just this sense of people needing something, somebody, to look forward to. That was church for them, and that’s okay. I don’t really feel like there is just one right thing to look forward to. As a musician, I think that’s what I’ve found, too – something for people to look forward to, a reason to come together. No matter what changes in my career, that is my anchor: the need people have.”

That’s exactly what comes across throughout Topaz – the warmth of community and people’s love and respect for each other, set throughout this spectacular backdrop of awe-inspiring scenery – just listen to the dazzling allure of ‘Indiana‘ for just one of many examples of this.

I doubt very much there will be another album released this year so effortlessly capable of cleansing and replenishing whatever remains of your soul from the last twelve months. It’s the prettiest record anyone has put out in years.

Topaz is released on 12th March through Loose.