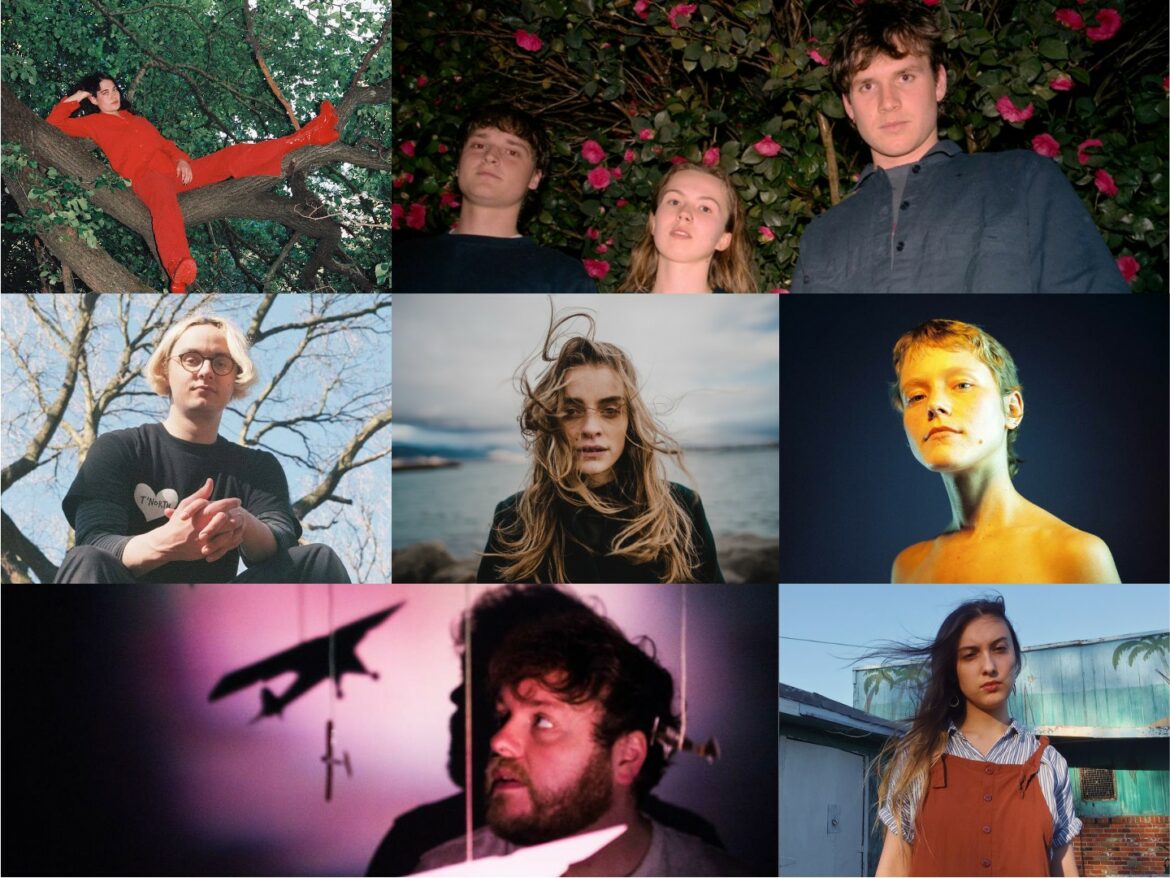 Welcome to this week’s round-up of great new music we’ve been enjoying here at God is in the TV. We hope there’s something you can dig your teeth into from this eclectic selection of tracks.  As ever, you can keep up to date with our Tracks of the Week past, present and future via our Spotify playlist.

Why we love it: Starting off this week’s proceedings, we’re shining a light on the ferocious new single ‘Liar’ from Melbourne’s CLAMM. The track’s aggression and angst targets the struggles of breaking free from the trials of self-doubt and negative thought patterns, as the group explain: “The song is about mental health. It’s about wanting to break through a pattern of thinking that isn’t necessarily positive. It’s about dealing with an internal monologue that isn’t always telling the truth.” With clamouring guitars and defiant lyricism, the track certainly offers a welcome lift and a break from the overly analytical posturing we can sometimes fall accustomed to, particularly in these trying times. ‘Liar’ is the second single to be released from the band’s forthcoming debut album Beseech Me (out 9th April via Meat Machine).

Why we love it: Following the announcement of her signing to Partisan Records (Idles, Fela Kuti, Fontaines D.C.), Maple Glider shares her contemplative new single ‘Good Thing’. The track captures the thoughts running through the narrator’s mind before leaving a partner. Though mournful, in many ways the track also offers hope, imagining a future of equilibrious independence. Of the track, Maple Glider (A.K.A Tori Ziestch) explains: “I wrote this song out of a place of defeat. I was really heartbroken at this point, and very confused. I like the feeling of my independence and I think I was afraid of putting energy into the wrong people. Sometimes we make decisions out of fear and sometimes it’s because we know that it is the best decision to make. Those lines can get very blurry.”

Why we love it: Astroturf Inspector, the moniker of Edinburgh-based, one-man-band Daniel Crichton, is an act new to our ears here at God is in the TV. Chrichton’s debut single as Astroturf Inspector is a curious and enticing piece that is difficult to pin down, though it could be said vaguely reminiscent of the alt-folk of Richard Dawson‘s 2020 album, particularly the way in which subjects of modern life minutiae are set to traditional scales and open tunings. Impressively, the entire track was recorded on Crichton’s phone, which must send fireworks up the backsides of recording studio owners across the world. We’re eager to hear more.

Why we love it: In the very same breath as she confirms details of her debut album Bylur – out on the 23rd of April this year on XXIM Records – the Icelandic pianist and post classical composer Eydís Evensen releases her new single ‘Dagdraumur’. Taken from the forthcoming album and meaning Daydream in English, the song was written “when a dear family friend passed away”. Evensen goes on to explain “I’m sort of daydreaming about how much beauty this person represented.” And accompanying herself here on piano she captures perfectly those genuinely heartfelt feelings of magic and loss in what is undoubtedly an expressive instrumental passage of tone and colour. (Simon Godley)

Why we love it: Epilogues is the musical project of the Leeds-based musician Mikey Donnelly. Last November he released an EP entitled ‘me’. On Friday just gone it’s companion EP and spiritual sister ‘You’ first saw the light of day. And now a few days later we can bring you the second song and lead single from that five-track EP, ‘16: My Delightful Inheritance’. Imbued with romantic reminiscences, as intimate as they are elusive, the song slowly wends its way along a gentle lo-fi acoustic path before building up a veritable indie-folk head of steam as it arrives at a more euphoric destination. (Simon Godley)

Why we love it: The fact that ‘Neboj’ – originally a Czechoslovakian word, pronounced “nuh-boy” by Cajuns – features as one of the selected tracks on the giveaway CD with this month’s Uncut magazine may already come as a very strong recommendation to many. And one listen to it affirms it’s rightful place on that disc. It is the latest single to be taken from Lafayette, Louisiana musician Renée Reed’s forthcoming self-titled debut album (out March 26, 2021 via KeeledScales), a song about letting go and not being afraid to fall in love. Over a gentle guitar accompaniment, Reed breathes beautiful abandon and life affirmation into these bold sentiments.  (Simon Godley)

Why we love it: Ripe with glistening strums, supple bass lines, romping rhythms, dulcet exclamations and singalong harmonies, Alice Phoebe Lou‘s ‘Dirty Mouth,’, is a joyous no f#cks given distillation of independence, self affirmation and female energy, or as Lou describes it as “a big smiling middle finger to the men that have pulled me down, used me & hurt me in ways that took me years to heal. Asking for what I want. Saying how I feel. Not holding back.”

Speaking more on the track, Alice shares: “’Dirty Mouth’ is begging you to dance around your room naked and scream out what you really feel. The words are written from an uninhibited, no bullshit, part of myself that I often hide with manners, pleasantries & politeness.”

A exultant, infectious and brilliant earworm that takes a left turn near the end, and comes with a great video filmed in her hometown in South Africa. Dirty Mouth is lifted from Lou’s third album Glow which comes out this week. (Bill Cummings)