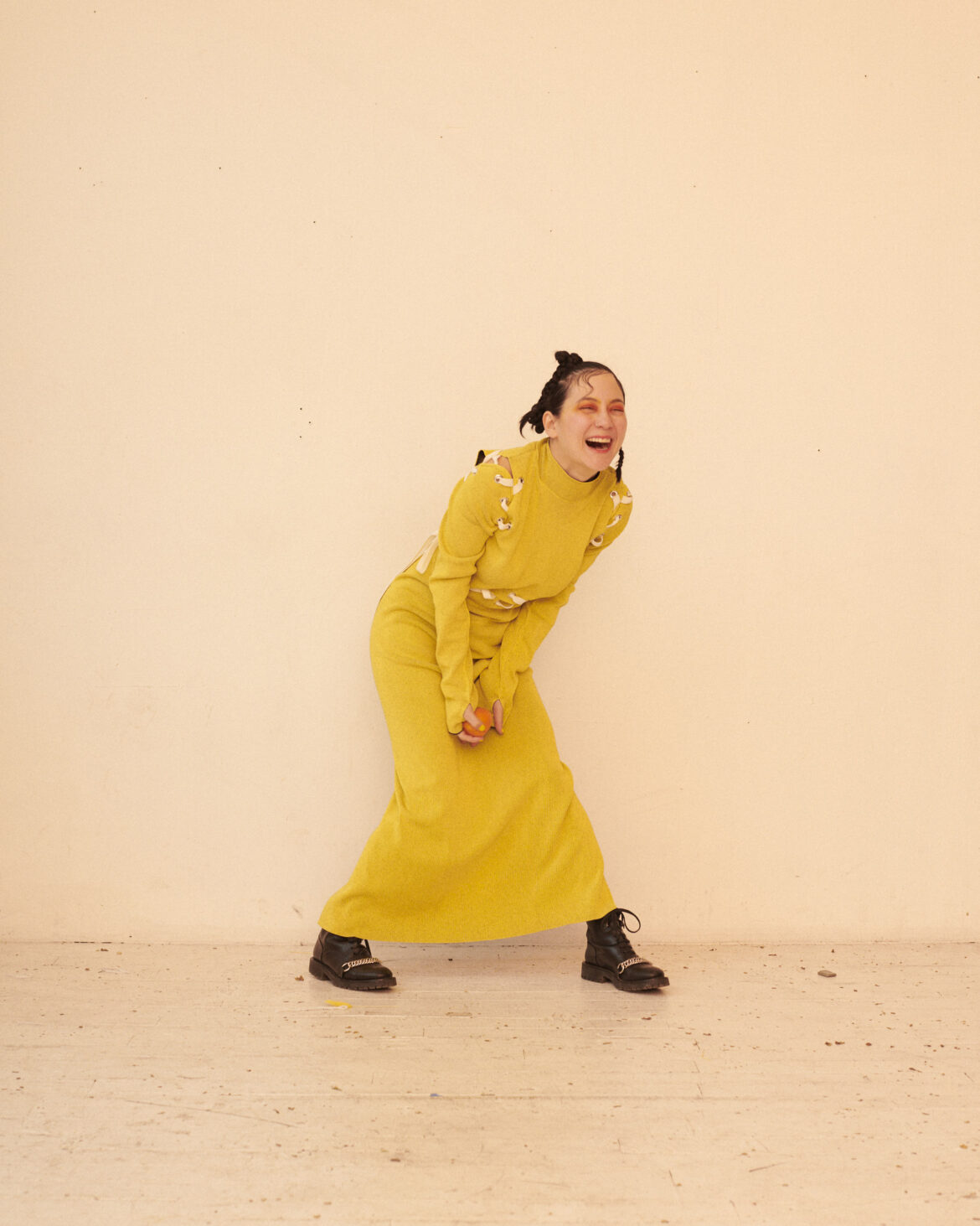 Michelle Zauner aka Japanese Breakfast has released a new self-directed video and single ‘Posing in Bondage‘ from her upcoming album ‘Jubilee‘. In keeping with the pop-noir sensibilities of the song, the video presents this aesthetic too. Showing Michelle trawl around a supermarket with bloodied lips and a costume that looks as though it might have been poached from Angelina Jolie’s set wardrobe for Maleficient.

According to Zauner, “‘Posing in Bondage’ is a ballad about loneliness and longing, a song about two people who want so badly to connect but are never quite able to do so. No place felt lonelier than an empty grocery at 1 AM” says Zauner. “The video is actually an epilogue to the one that will accompany our next single, here presented out of order.”

The band has announced a string of summer and autumn tour dates across the US but understandably there’s nothing scheduled for Europe and the UK yet. Although, we do still have the release of her new book Crying in H Mart to look forward to as well which will be released on British soil in hardback on 5 August 2021.

“Jubilee” will be released on June 4 2021 and it is available for pre-order now.