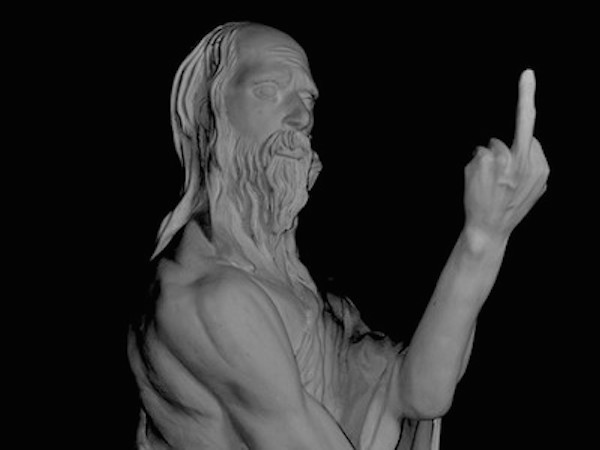 How do we think the meeting at Mean Fiddler went to discuss who they wanted on the line-up for Reading and Leeds?!? Who was on that committee? Was it just three blokes brainstorming down the pub or even a Zoom call with a couple of tinnies? Do we honestly think they don’t own anything contemporary by a female artist? If we give them that they couldn’t find a big enough female artist to take one of the headline slots, how can they manage to almost universally avoid booking any female artists or bands with women in the ranks? Let’s ignore the fact that it resembles a reunion circuit for the 2000s more than a music festival in 2021, it’s derisory.

But they aren’t alone. Across the board festival organisers are curating one set of black leather jacket or parka clad bloke fest after another, mainly consisting of Covid deniers, The Snuts and Liam Gallagher. C’mon, you know.

It isn’t actually possible to put together a dream festival line up that does not include the MAJORITY of acts being female solo artists, the whole band being women or at the very least, one member is a woman.

Need I go on? To name but a few including some of my own personal favourites. Obviously, not all of these will be available and this is just a small subsection of a huge pool that Melvin Benn could dip his net into but we can only deduce that he decides not to.

Katie Macbeth, a blogger and music writer who was on the much-discussed RGM podcast trying to fight the corner for female representation at all festivals, has decided enough is enough, and if you can’t beat them, join them. She recently announced her own festival to take place in Manchester this year, at the ace venue Yes, on 14th August.

“No Man’s Land honestly was born from the uproar around gender imbalances on festival line-ups, I’ve always spoken loudly about the issue and I believe so much needs to be done, even from a grassroots level, there are so many talented women in this industry who deserve just as much recognition, if not more recognition, than the men we see at the top of these line-ups year on year. I get a lot of people telling me to “make my own festival” if I don’t like the line-ups, and this is a response to that. I really hope No Man’s Land will be a spark for change!”

Whilst this is great that Katie is curating what will be an amazing festival, it is coming out of a depressing situation that she is being told to “do it yourself if you don’t like the current line-ups.” This kind of rhetoric is obviously not helpful and the fact that Katie needs to stand up and be counted is also feeding their fire. If people are doing it themselves then the large and medium-size festivals will carry on doing what they are doing and ignoring the scores of brilliant female musicians.

Unfortunately, this is indicative of a general malaise in society. People are far too happy to drift along with whatever is convenient and easy for them. If Post Malone, Liam Gallagher and Stormzy are headlining, the cry is simply “well, there aren’t any big female acts,” if Daniel ‘Bloomin’ Eck wants to buy a Premier League football club with his billions then that’s great for those fans and any detraction from the likes of Tom Gray is met with either abuse or a shrug of the shoulders and an “I’ll have a good cry for you when we win the Champions League”.

There’s an ‘I’m alright, Jack’ attitude that’s permeated this country, never more exemplified by a large proportion of people’s attitude to Covid and Lockdown. If it suits them, they will do it regardless and fuck the consequences or the regulations. As a meme that passed around earlier this year put it perfectly “Let’s all follow the rules and then argue about whether it was a conspiracy or badly run and organised later. DOWN. THE. FUCKING. PUB.”

Or even better, at a gig, concert or festival, all squashed together, in front of a stage, watching Dry Cleaning, Lime Garden or Fenne Lily knocking it out of the field.