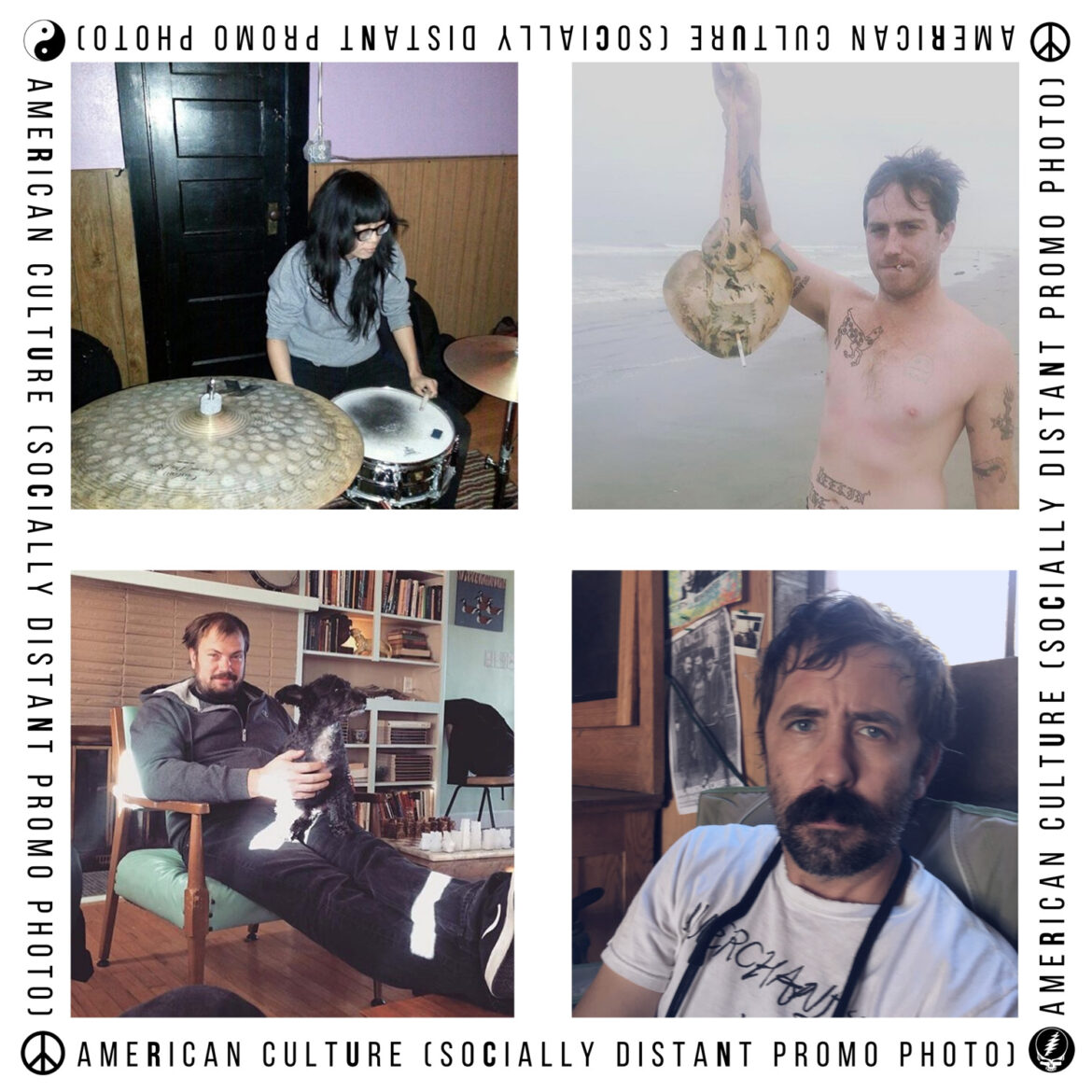 It shouldn’t come as news to anyone at this stage that the internet has done some weird things to us all. It’s provided us with the facility to become more connected than at any other time in history, yet also spawned a dig-in-those-heels mentality that continues to set us against each other. In the world of music, we’ve seen it push the pop narrative towards a monoculture, while simultaneously fragmenting tastes and popularity so that it’s hard to see a future for the universality of the global pop star. So what even is pop culture at this stage in human history?

OK, that’s a wormhole that gets overwhelming pretty quickly. At times like these, when subculture feels like a scream into the void and monoculture feels like an unregulated wash of content, you need to feel like things matter. Community, intention, execution… all these things play a part. That’s where a band like American Culture comes in.

The Denver quartet feel like they come from another era entirely – one built around fanzine networks, word-of-mouth recommendations, records made without a press push, and weeks spent in battered transit vans to play to 15 people at a time. Frontman Chris Adolf spent the first half of the noughties exploring the indie backwaters with cult heroes Love Letter Band, and his touchstones remain the same: the genre-smooshing weirdness of the Meat Puppets; Sonic Youth’s fascination with pop and noise as both trash and art; the DIY-as-politics ethos of Crass. You know the drill but maybe you’ve not felt it the same way in recent years, as underground has gone overground and vice versa.

Their latest album For My Animals feels like a missive from that era – an artifact that evokes a moment in history while trying to carve out a space for that moment to breathe again, questioning its place while comfortable in its own skin and hyper-aware of what’s going on around it. ‘For My Animals’ feels intimate, like it’s speaking directly to you, yet it’s overpowering – a record that’s not built on anthems but still demands (and rewards) your attention.

Today we get to premiere the video for American Culture’s new single ‘1972’, which sees swirling, fluttering keys create an absorbing whirl of melody inside a dubbed-out psych groove. Chris explains:

“The song was just a little two chord jammer. When we practice we don’t really concentrate on getting songs we know tight. We don’t like to be that tight. We like the edge of rediscovering things when we play live. So when we get together we like to just kind of zone out to find new grooves. ‘1972’ was one of the most primitive jams we had. Then I take them home to make the poetry part.

“When we recorded this I was inspired by these fake olympic training albums I once heard. (I forget what they were called.) But it was Krautrock but for some eastern bloc legal reasons it had to be made under the guise of ‘Patriotic Music’. The production here was inspired by that idea. The poetry is… I don’t know… different for anyone in their own life.”

The video itself serves as an introduction of sorts to the band, as he continues:

“For the video Lucas (Bass) shot some footage of fish in Italy. Though I really like homemade and lo-fi music, I’ve seen a lot of very embarrassing low budget music videos. We (obviously) have a low budget. I didn’t want to try to make some art film or some ‘hilariously’ entertaining scenario. We’re not video makers. We’re song makers. So we just shot some simple footage of us playing the song.

“There’s not a lot of pictures of us out there. In the early days we asked people not to post pictures of us live. For this, we just thought we’d say, ‘Hey, sorry for being pretentious when we were younger. Here’s what we look like when we play. Just wanted to say hi.’ So… HI!”

Watch, listen and get obsessed.