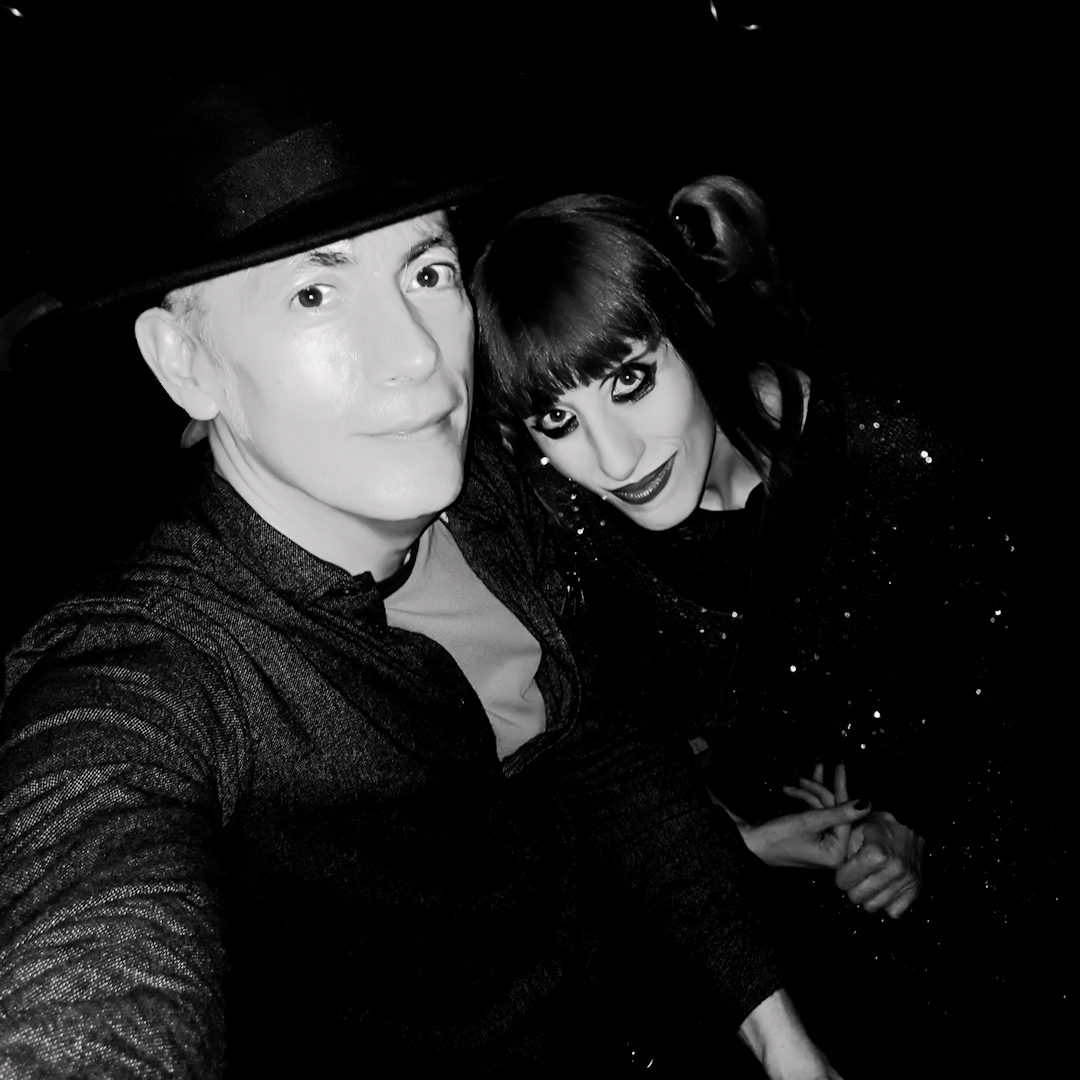 Raf and O debut their live video from their first-ever performance on The Tour Online of ‘Tommy Newton’, watch it below. Inspired by the lead character in the film The Man Who Fell To Earth played by David Bowie, this intoxicating song, that’s reflective, artistic and dramatic, will be included on their forthcoming new album.

The Man Who Fell To Earth is a 1976 science fiction film based on the novel by Walter Davis directed by Nicholas Roeg, starring David Bowie in the role of Thomas Jerome Newton and Candy Clarke in the one of Mary-Lou. Newton has landed on Earth in search of water to save his planet and his family from a terrible drought but in the process, he is sucked into the ways of our world.

Raf Mantelli says: “Raf and O’s new song about the man who fell to Earth is called ‘Tommy Newton’, a love song I’ve written from the perspective of Mary-Lou. It’s sad, yearning and reflecting, she’s talking to Tommy, but it’s really
happening in her mind, she’s talking to herself and she’s talking to us. We’ve performed it for the first time ever on The Tour Online this month and it’s going to be part of our next album. I loved the film all my life, just as I’ve loved Bowie.”

The South East London duo who marked out their unique, compelling and widely acclaimed song and sound world over the last decade have released four full-length albums to date (A Giant In The Snow – 2010, Time Machine – 2014, Portal – 2016, The Space Between Nothing And Desire – 2019). They’ve played venues such as The Queen Elizabeth Hall and The Union Chapel and they are currently performing on The Tour Online until September 2021.

The tour sees the pair performing their material plus renditions and interpretations of Kate Bush and David Bowie; tickets and details are available on Raf and O’s website