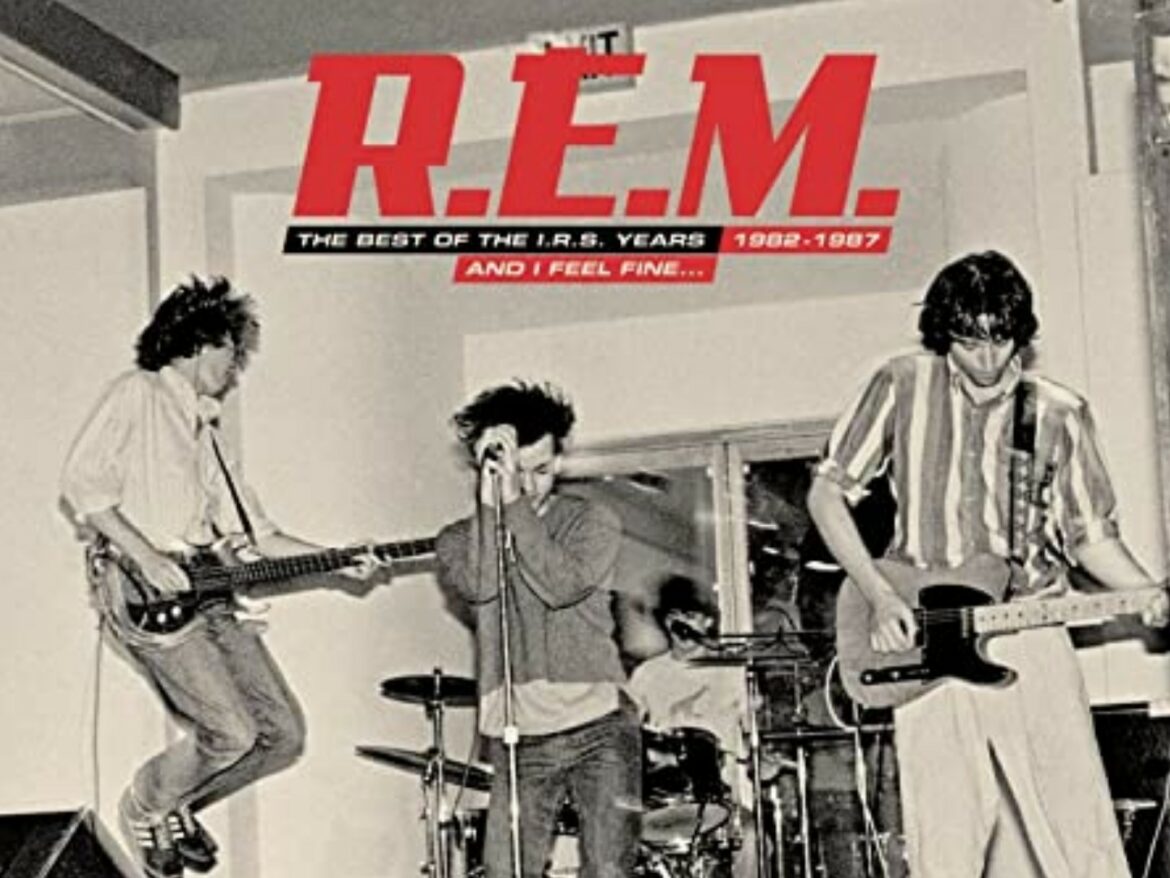 R.E.M.‘s career did not start with that shiny shiny people song, and here, are 21 definitive tracks of glorious proof. With most mainstream attention focused almost solely on this mainstream breakthrough and afterwards, it’s easy to ignore R.E.M.’s brilliance in a decade characterised as much by terrible music as terrible fashion choices. Constantly evolving but consistently fascinating, their 1980s work contains less of the filler we’ve come to expect from them now and makes for a solid argument that the period which spawned Murmur and Lifes Rich Pageant is just as important as the one which permanently etched Automatic For The People and Out Of Time into history.

A prequel of sorts to 2003’s Warner-era Greatest Hits In Time, And I Feel Fine shows none of the failings or difficulties of that collection. It’s lovingly compiled (by the band themselves, no quick cash-ins here), and few will find fault with the tracklist, which draws both on album gems and the hits they were beginning to churn towards the end of this era. Wisely, they’ve opted not to order them chronologically, which means they can start the album with 1986’s perfect opener ‘Begin The Begin’ and, bizarrely tucked away mid-album on 1987’s Document, end it with the traditional set-closer ‘It’s The End Of The World As We Know It (And I Feel Fine)’. Naturally for a greatest hits which draws from five great albums, omissions will be found, but the tracklist is diverse enough to make these merely pedantic. Classics like ‘Sitting Still’ and ‘Fall On Me’, two non-singles which fully deserve places in any R.E.M. collection, are included alongside the more obvious choices, like impenetrable first single ‘Radio Free Europe’.

But for all this talk of tracklistings and fan-pleasing, the most important achievement of the album is introducing new listeners and curious admirers to R.E.M.’s varied delights behind the ’90s hits which boosted their popularity but crippled their cred. There’s an amazing variety of styles, and though it’s scattered, we can trace their movement from fuzzy, opaque college-rock (‘Sitting Still’) to aggressively political alt-country (‘Cuyahoga’) and blueprint-setting stadium-rock (‘The One I Love’). With only a couple of mediocre exceptions, the tunes are exactly the standard of that of their early ’90s breakthrough albums. That Peter Buck jangle is still there, it’s just frequently buried under lo-fi production. Most important is the fact that, if it introduces people to the period that lurks behind megastardom, when Michael Stipe was a shy student with hair and when Peter Buck’s only interaction with yoghurt involved eating it, then this fine compilation will have done its job.