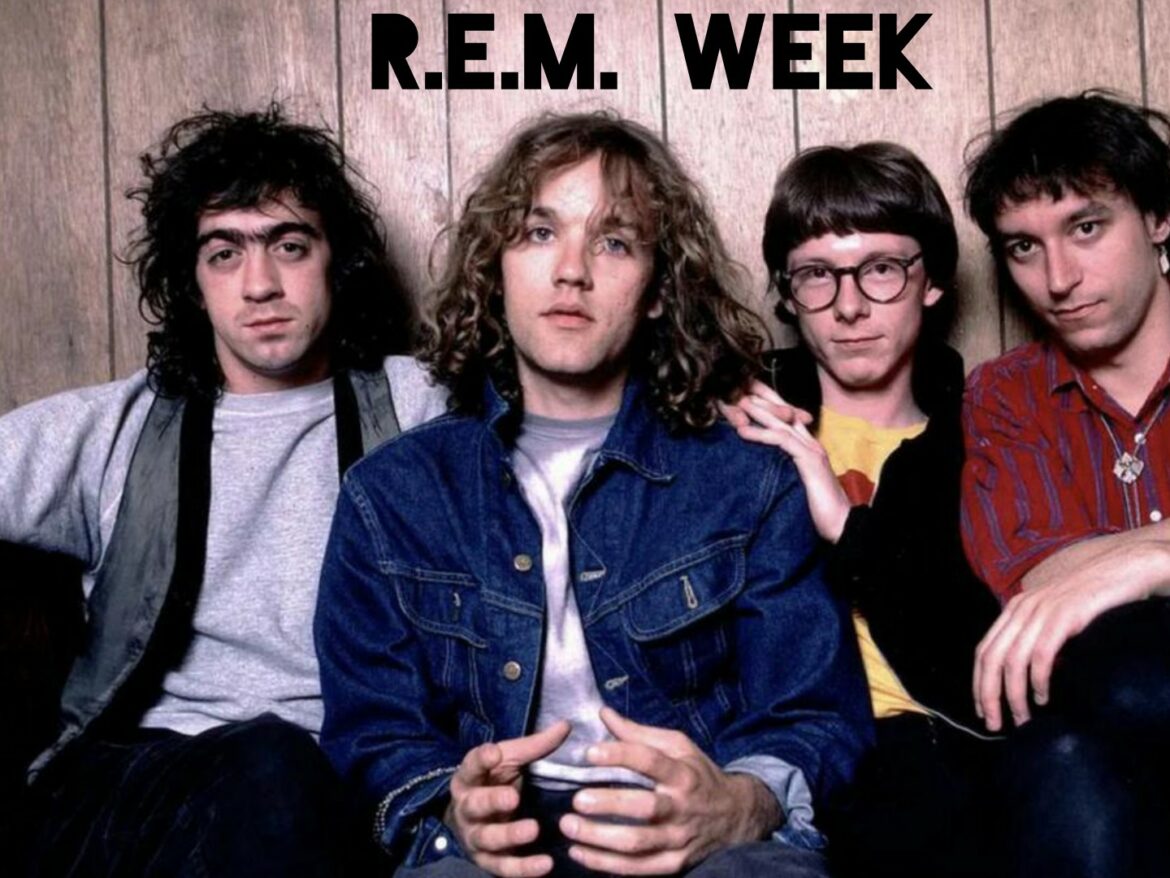 To mark their 40th anniversary, we are celebrating R.E.M. all week, and will then release a tribute covers compilation of R.E.M. covers in aid of Help Musicians in August, more news of this on Friday. This band will always have a special place in mine and many other hearts, each of their songs taking me back to a place in time. R.E.M. were undoubtedly one of the most important rock bands there has ever been.

Stipe, Buck, Mills, Berry, a band of University dropouts, formed in Athens, Georgia in 1980, have been a backdrop to much of our editor’s life. A young, shy looking Michael Stipe emerged blinking into the spotlight head full of curly hair, hiding under his fringe awkwardly babbling out barely decipherable lyrics. He was backed by three ordinary-looking ‘good’ guys – Peter Buck a guitarist with an ear for classicism, Mike Mills a bassist with innate rhythm and a golden vocal, and Bill Berry a drummer with both the solid chops and musical appreciation that saw his role grow in future years. Early on they expertly melded the psych-jangle of the Byrds with the edgy post-punk of the late 70s and throughout the 80s R.E.M. were one of the most important college rock bands influencing those that would go on to produce alternative and grunge in the late 80s and early 90s.

Graduating into the big league with the mixture of styles that was the long-player Out of Time that placed the most tongue in cheek pop songs against some of their most captivating and soaring melodies. 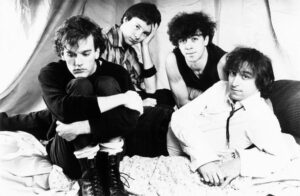 Cards on the table, R.E.M. were one of my favourite bands growing up. Sure, they had graduated to stadium hood by the time I was entranced by their major label masterpiece Automatic for the People – a record full of haunting timeless songs with Stipe’s voice at once bruised and comforting.

Some splutter at the overplayed mawkishness of ‘Everybody Hurts‘ but sometimes a simple message (about hanging on through the tough times) is a powerful one, and it took on extra significance in the mid-90s during the wave of suicides. This was placed effortlessly alongside cuts like ‘Drive’, ‘Star Me Kitten’ and the utterly infectious ‘The Sidewinder Sleeps tonight’.  It was this shift in tempo and towards a more universal yearning acoustic sound that is thrown into sharp focus by the yearning gorgeousness of ‘Night Swimming and ‘Find the River’ – two songs that held the themes of the album, the uncertainty of mortality and fame, and were unsurpassed on any album in the nineties.

By the time Automatic… had burrowed its way into my head, I’d long since gone back in time, delving into their bewilderingly good back catalogue, the urgent, beguiling almost indecipherable mysterious sounds of their cult classic debut Murmur (unfairly renamed Mumbles by some due to Stipe’s ‘interesting’ early vocal style).

Through Lifes Rich Pageant and Fables of the Reconstructed – both albums that cemented Stipe’s enigmatic vocal style distinctive yet open to interpretation – they established a knack for classic melodies, tight rhythmic shifts, and Buck’s trademark Rickenbacker jangle. ‘Fables…’ as it was known in my house, was a particular favourite, discordant guitar notes sat at peculiar angles as a bewitching Stipe spoke in haunting tongues of odd ball characters and deep south mythology. From the angular twitches of ‘Feeling Gravity’s Pull’ and the insistent beat of ‘Driver 8’ that clattered across American heartlands, and more heart-tugging moments like ‘Good Advices’ with its effecting communal refrains “When you meet a stranger/Look at his shoes.”

By the time of Document with its political, and personal messages, you could see the first glimmers of R.E.M. mark two, a more direct Stipe, whose voice and emotionally bracing metaphors could pierce the coldest hearts, and a musical force on top form shifting the ‘alternative rock’ sound into the charts for the first time. Take the ‘The One I Love’ that’s bitter imagery and chiming Buck licks, took on a new life and meaning through its powerfully towering chorus lines.

R.E.M. were now a band that would go on to dominate stadiums and airwaves for the next twenty-odd years. Other albums of note included Green where folk tinged works sat alongside new wave politics, the sleazy fuzz box riffage and seductive vocals of Monster, and the sun-kissed classicism of Reveal. Each time R.E.M. possessed that ability to surprise the listener, a trait that one-time support band and friends Radiohead would pick up in later years. New Adventures in Hi-Fi was pinpointed by many latecomers as their favourite R.E.M. album.

Mainly recorded on tour it harked back to the mix of rock numbers and more tender movements that characterised their best mainstream long players. Sprawling and visceral, it possesses a depth and breadth that offering something new every time you listen, even if in places it was little underworked, its infused with vitality and possess classic R.E.M. moments such as ‘So Fast, So Numb’, ‘Electrolite‘ and ‘New Test Leper’ to name a few.

By the time drummer Bill Berry (he wrote the melody for Everybody Hurts you know?) left they seemed somewhat lost. ‘Up’ is quite unheralded as their first post-Berry album, but contains some intriguing moments and wonderfully enraptured melodies, described by some as “Kid A on uppers” perhaps its inspired by Stipe’s fragmented lyricisms, alongside the experimental freedom of using new instrumentation and a drum machine.

Their last three records may have been patchy but each still contained moments to savour, they also knew when to bow out, to preserve their legacy rather than to trade on it. It wasn’t just their anthemic sound that allowed R.E.M. to foster a sense of community and belonging in their fans and fellow musicians.

Most of you casual readers probably know about heavily played cuts like ‘Man on the Moon’, ‘Shiny Happy People’, ‘Everybody Hurts’ and ‘Losing My Religion’, but what of the lesser known cuts?

Here are some of my personal favourites, more under appreciated (by non fans) efforts by the band that will always have a special place for me in my heart, each of their songs taking me back to a place in time. A mini secret history if you will of forty years of R.E.M. and perhaps a first glimpse (for some of you) into one of the most important alternative rock bands there has ever been.