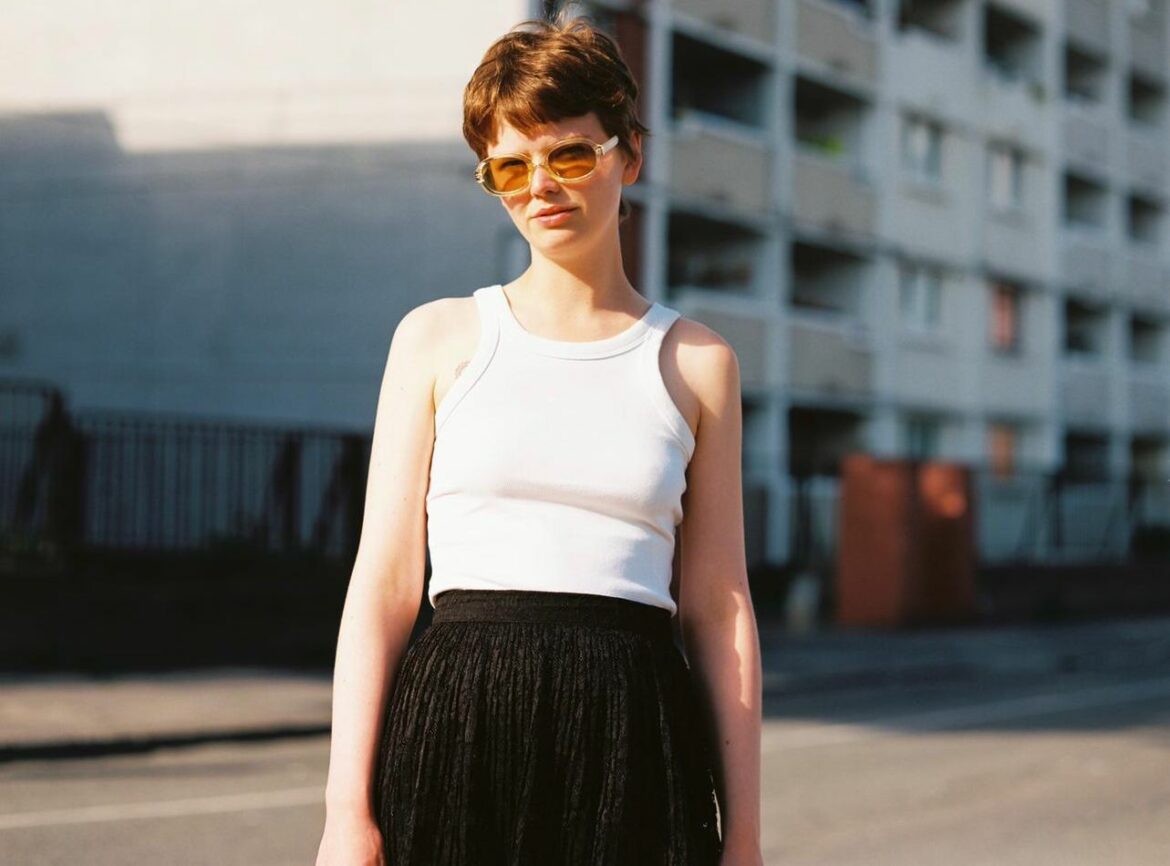 Another choice selection of new music this week, picked by our deputy editor Simon Godley, Julia Mason and Jim Auton who have been scouring for the latest exciting sounds, don’t forget to follow our new music playlist below which is updated every week!

Why we love it: Dublin based Pixie Cut Rhythm Orchestra have released their new single ‘Empty Envelope’ on Anon Records.   The track is inspired by a dream that songwriter Sarah Deegan had in which she received an empty letter in the post.  As she further explains:

“It’s about the cyclical nature of bad decisions. Empty Envelope examines the process of burning everything down to rebuild from the ashes.”

There is a haunting ethereal atmosphere created by the combination of the staggering vocal of Sarah in combination with drummer Danni Nolan and bassist Alice Grollero.

The band have stated that they are influenced by artists such as Kathleen Hanna and Sinead O’ Connor, but I would add Liz Fraser of the Cocteau Twins.  The controlled wavering vocal is breath-taking and with every track released by Pixie Cut Rhythm Orchestra there seems to be an additional layer of complexity to the sonic landscape. ‘Empty Envelope’ soars with an emotional pull that the sweeps you along with it.

Pixie Cut Rhythm Orchestra will be appearing at Ireland Music Week (online) on 6 October and supporting M(h)aol in Workman’s Cellar, Dublin on 12 November.  Be prepared for goosebumps when listening to their music live. (Julia Mason)

Why we love it: On ‘Der Rhythmus der Maschinen’ – the latest track to be shared from their new album, Bright Magic – Public Service Broadcasting make a further repayment on the huge debt of gratitude that popular music owes to Kraftwerk for the immeasurable influence the German pioneers have had upon its upward trajectory. Public Service Broadcasting share the same modernist vision as Kraftwerk, one where sound, vision, design and performance seamlessly merge. And the video for ‘Der Rhythmus der Maschinen’ captures all of these elements to pure perfection, embracing melody, movement and invention as it does so. The disembodied voice of Blixa Bargeld merely adds to the Teutonic authenticity of the song. (Simon Godley)

Why we love it: Far from being content at having recently been named as one of ABBA’s 10-piece live band who will accompany digital versions of the Swedish superstars in a new concert experience in London next year, Victoria Hesketh – the electro-pop artist, DJ and producer who is Little Boots – has just released ‘Silver Balloons’ the first single to be taken from her upcoming self-produced album which is set for release next year.

Speaking about the song, Victoria Hesketh says “in many ways it is a metaphor for all the cancelled plans and parties of lockdown, all of the disappointments as one by one we watched many of our hopes and desires burst like shiny balloons at the end of the night.”

Yet rather than some bleak indictment of modern times, ‘Silver Balloons’ is instead a thrilling euphoric triumph, its distinctively funky groove guaranteed to fill any dancefloor. (Simon Godley)

elkyn – found the back of the tv remote

Why we love it: Leeds’ songwriter Joseph Donnelly, the man who is elkyn, is back with a new track ‘found the back of the tv remote’, brought to us by Tambourine Machine Records. Explaining the background to the new song, Donnelly says “I started writing tv remote after a break-up which left me not knowing what to do with myself. I wanted to juxtapose the pretty defeating moments next to the little wins even though they seem pretty small in comparison, like “wasted, alone. Found the back of the TV remote”. There’s a lot about regretting pushing the people away that have been good to me running through the song”. Feelings of sadness, disappointment and isolation may lie at the very heart of ‘found the back of the tv remote’ but it is equally a song that seems to signpost a fresh start. (Simon Godley)

Why we love it: what’s not to love about classic singer songwriter, simple acoustic guitar and golden voice when it is written and executed this perfectly. There is that alchemy when everything comes together, you feel like you’ve heard the song before, that it is too familiar and yet it is just because all the elements, the seasons, the stars are in balance and in sync.

Ella says that ‘Murmurations’ is an ode to things left unsaid, “I began writing the lyrics about something very personal to me, addressing a specific person about an experience we had shared and all the things I wish I’d said at the time. But I kept getting stuck with the lyrics, weighed down trying to get at the truth of the thing. So I asked a few friends what they would say to that certain person (we all have one, maybe more) that you wished you’d said at the time – with the idea of broadening the narrative, making it more inclusive. Their responses were beautiful and the song wrote itself after that. After it was finished, I realised it was an Ode to Brighton as much as anything else – I left a few weeks later”.(Jim Auton)

Why we love it: Australian Ruby Fields has released single ‘Bottle’o’ taken from her debut album Been Doin’ It For A Bit which is out on 24 September.  The track was written a couple of years ago whilst waiting for someone to visit who never came.  Instead, Ruby decided to have some beers and wrote the lyrics for ‘Bottle’o’ as a poem, not realising then that it would turn out to be one of her favourites from the forthcoming album.

It begins with a wonderful plinking piano but as you get drawn into the track this is not a singalong around the old Joanna, but a song full of the observations of life.  Ruby is obviously a natural-born storyteller and her songs are born from lived experience, whatever they may be.  There is nowhere for her vocal to hide as the majority of the track is accompanied solely by the piano, and what a crystal clear vocal it is.

The video is created in the midst of Australia’s lockdown and it replicates an intimate bar with Ruby playing the piano lost in her own thoughts with all the noises of the bar going on around her. And by the way, do listen to the very end.  It complements the video imagery perfectly as the sounds provide the response you would expect from finishing playing the piano in a bar.  A wonderful track. (Julia Mason)