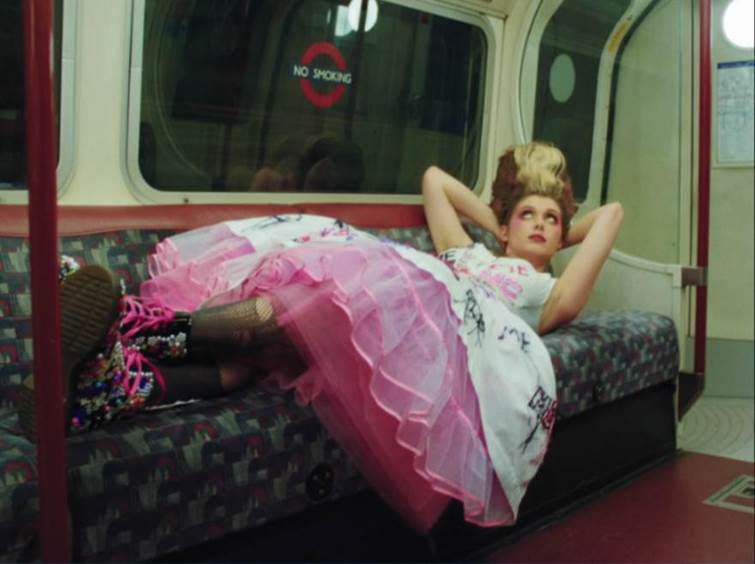 Renegade popstar, Bella Latham aka Baby Queen has shared a new video for the single ‘Narcissist’ from her debut album The Yearbook.  Directed by Harv Frost, the video sees Latham wander the streets of London sporting a classic seventeenth-century updo (ie: hair that looks like a top-hat) and in the style of all good narcissists, singing directly to the camera, whilst wearing a dress that looks as though it was designed for Courtney Love by Vivienne Westwood.  Stylistically the video stays true to Sofia Coppola’s cinematic imagined version of Marie Antoinette, where stark pink tones are splattered across mundane backgrounds.

Speaking about the song, Baby Queen says ‘Narcissist’ is “an admission of my own narcissistic tendencies but also me trying to make sense of where those tendencies came from in the first place.  I think women are told from the moment they are born until they can form their own opinions that beauty and vanity are the key to their success, and then they are berated when they are older for being self-obsessed or apathetic.  Cosmetic companies want us to hate ourselves.  There is money being made off our obsession with improving ourselves and our appearances.  This song is just saying, ‘Yeah fuck you, I am a narcissist, and I am self-obsessed, but why do you think that is?

The Yearbook is out now and available to buy on various formats via Babyqueen’s website.