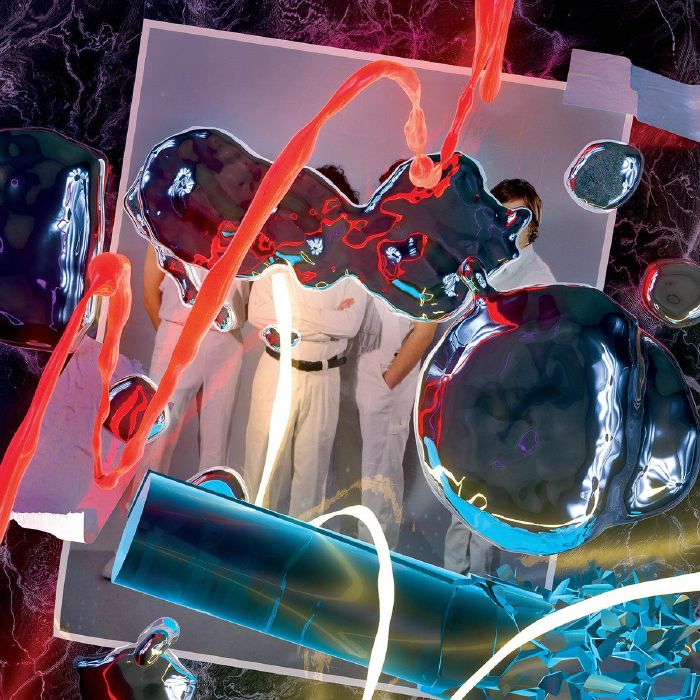 The album cover for The Zephyr Bones’ second album should have featured an aerial shot of a coastal city. Half of the cover taken up by wave-drenched beaches and the other 50 per cent containing skyscrapers adorned with twinkling lights. This is the environment that the Barcelona-based Chileans evoke on their new record Neon Body. A lot of bands desperately attempt to shy away from genre-labels but this group tagged themselves “beach-wave” on debut Secret Place. The jangly guitars, lush and dreamy melodies, reverberating vocals and clappy drums – as well as the noteworthy fact that the album included the actual sound of waves – made one think of a happy surfing. A lot of these production techniques are still evident on the latest offering from the fourpiece (Brian Silva, Jossip Tkalcic, Marc López, Carlos Ramos) including the softness of Silva and Tkalcic’s harmonies, and their knack for absorbing and skilled instrumental performances, but their soundscape is rather more luminous. The beach is still there but it’s as if skyscrapers are being built on most of the sand. The titles of some of their tracks point towards an illumination theme: ‘Verneda Lights’, ‘Sparks’, ‘Neon Eyes’ and ‘Afterglow.’ But it’s the heavy use of synthesizers that shows the band’s musical progression.

Although it’s actually the third track, enjoyable lead single ‘No One’ is a good starting point. It has almost everything you might want in a rock composition. It features an array of layers; a memorable riff, fuzzy feedback giving the band a harder edge, colourful synths, a Spanish guitar giving the only real hint to the band’s adopted country (considering that they only sing in English and their sound is rather Australian), and there’s also bongo drums in there for good measure.

‘Verneda Lights’ – named after a neighbourhood in Barcelona – is just exciting and unpredictable. Glittering keyboards represent their city’s gleaming streets, with the lights offering the protagonist direction in his pursuit of love: “I found you in this crystal maze, shining shining my burning lights they will guide me…“. Yet halfway through the song oceanic swirls appear, the synths starts to sound a bit like Hot Chip‘s ‘One Life Stand’ and they pull out trumpets from the musical bag. The combination of the sounds of crowds and hydrous atmosphere combine the glitterball with their love for the ocean. An invitation to a desirable beach party perhaps.

The crowd soundbites are also on ‘Rocksteady’, a track that initially sounds like Tame Impala through its bouncy bass, but goes on a blissful once-again psychedelic tangent. The unforeseeable climaxes to their songs are a great strength of The Zephyr Bones. When unclouded (the rapid ‘So High’ is an example when it can be hard to hear), the songwriting can also be good too. There appears to be a theme of a character that is looking for answers (like a lost protagonist on a Lord Huron record) and thinks he’s found them through vague signs within this sand city. On ‘Afterglow’, it’s “a whisper coming from one of the oceans“, while on ‘Rocksteady’ he is “looking for answers into the night, never surrender down to the stars.” Although he sounds depressed when stating that “there’s no water to drown me“. Perhaps one could be both lost in the chaos of a city, as well as the dark depths of the sea. Both have their advantages and their morbid sides. Brian Silva furthermore laments “I lost you in the middle of the ocean” on the energetic finale ‘Celeste V’.

It seems that The Zephyr Bones wanted to create a follow up album that appeals to more people. As stated in an interview: “we talk a lot about personal experiences that happen to also be universal topics.” By also crossing the genre of electronica with surf, Neon Body has musically captured the mood of more contrasting habitats as well.