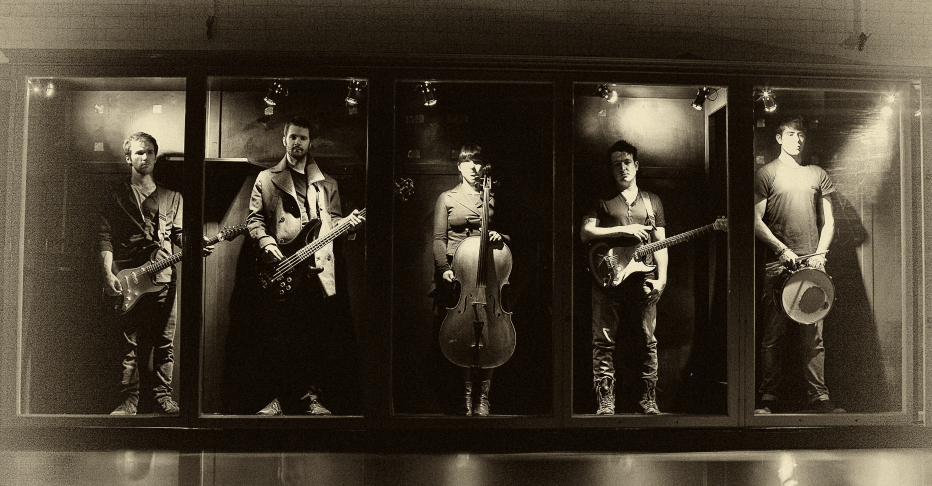 Edinburgh dark cello pop noiseniks Letters release their hotly anticipated debut EP ‘Older Motion Pictures’ through God Is In The TV Records (https://www.godisinthetvzine.co.uk/) on the 19th May . Available to purchase via all good digital distributors.

It’s the follow up to their recent single ‘The Halfway House’ which achieved airplay on Ally McCrae’s Radio1 Session in Scotland as well as the approval of Artrocker, music industry mailer CMU, Scottish media figures such as Jim Gellatly and Vic Galloway and indie royalty in Frightened Rabbit.

Letters’ succession of single releases have caused a ripple in the blogosphere north and south of the border which have earned them support slots with One Little Indian outfit ‘Wild Palms’ as well as sets at the Rockness and Wickerman Festivals in 2011.

Recorded alongside Stephen Watkins of Edinburgh’s TAPE Studios, ‘Older Motion Pictures’ EP is their strongest, most well rounded four songs to date. From the instrumental rock dexterity of opener ‘Explosions’ with it’s early My Virtiol style dynamism. To the haunting title track ‘Older Motion Pictures’ they possess a sky scraping ambition and a Hope of the States-esque power to move the listener both instrumentally and emotionally. These songs depict Letters’ growing maturity and represent a sonic progression of their throbbing dark cello pop sound.

Letters’ debut EP ‘Older Motion Pictures’ is due for release on the 19th May through God Is In The TV Records will be followed by a select handful of UK and Scottish dates.

Dates announced so far(more UK shows to be announced):

“With booming cellos and a rhythm that gallops along to shotgun drumming, ‘The Halfway House’ is a dark and desperate song that pulls you in on its surging journey…you ache for Scotland’s excellent Letters to find their way home. More Arcade Fire meets Frightened Rabbit goodness ahead.”Artrocker

“Letters have a beautiful sound, a gloriously warm intensity, a timeless pop sensibility, a hopeful sound…a sound from that time back there where you still had a touch of childhood hope left in there!” Organ

“LETTERS like to produce grand songs, with an added paper weight of string arrangements to flesh out gorgeous melodies, they really have an edge.” Glasgow Podcart