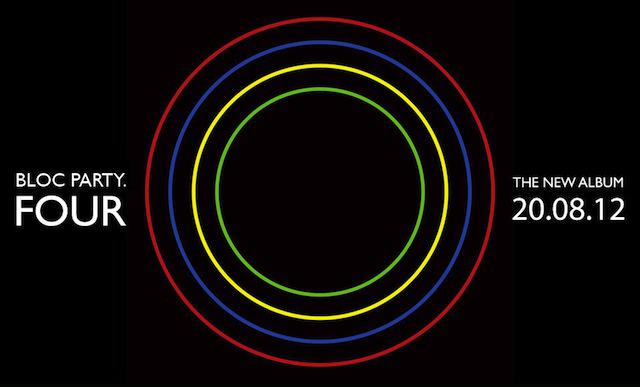 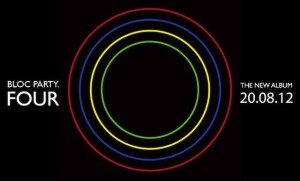 At the end of 2010, having got back together after Kele’s solo album, and letting themselves recover after the disappointment that was Intimacy, Bloc Party regrouped. Four is the result. Let’s take it track by track.

Opening track one of their rockiest. Kele has spoken of how he has been listening to Nirvana a lot whilst making this album –and it shows. It’s a definite statement of intent- we are here and we are back. Just perhaps not as strong as they might hope.

Funnily enough, the first band that come to mind with this track is Interpol, who also draw on a similar list of influences to Bloc Party, such as the Cure and Joy Division. Whispered vocals add a touch of menace. Grows on repeated plays.

This sounds much more like the Bloc Party that most people will be familiar with. The first track to do the rounds from the album, this is much funkier, and more into ‘Indie-dance’ territory. That said, the guitar solo is pure Eddie van Halen, circa 1978.

The point when an album starts to slow down a bit, a bit maths-rock this, but quite mellow. Kele’s falsetto is really quite lovely.

…and we’re back in Nirvana territory. A mid-paced headbanger of a track.

Starting off suitably edgy and atmospheric, becomes really quite dreamy and fine. One to lose yourself in, and a descendant of ‘So Here We Are.’

Perhaps the most American BP have ever sounded. It begins sounding like early Beck (think guitar slacker mode) before kicking off into raucous rock territory like Smashing Pumpkins (when they were good) jamming with Pavement. (I know: after ‘Range Life’ this is unlikely to happen).

Perhaps the track on the album that other than ‘Octopus’ most resembles the Bloc Party sound of their first two albums. Not intense, but a fun toe-tapper just the same.
‘Team A’

‘I’m gonna ruin your life,’ sings Kelly on this post-punk monster, which owes more than a little bit to Magazine. Who? Dark and enticing…

The truth about this one? Pleasant enough – but it just seems a bit BP by numbers. Nice melodic bassline, though….

Back into dreamy territory again, quite an autumnal feel here. Interestingly, I feel the urge to play it again before the track has even finished, which is quite a good sign for anyone’s album.

The equivalent of sticking your fingers in a plug. Very loud, basic and raucous. Actually, that should be RAW cous.‘We’re not good people..and this is a warning,’ sings Kele before another guitar freakout.

And that’s their fourth album. Louder, more guitar-based than ever before and sounding much better than on Intimacy, this is Bloc Party getting back and getting on fine form. Whilst it does seem pretty obvious what they were clearly listening to whilst recording this album (Smashing Pumpkins, Pavement –did I mention Nirvana?), this is a solid album that grows on repeated listens. Perhaps not as strong as their first two albums, but all credit to them for changing their sound, and moving forward.