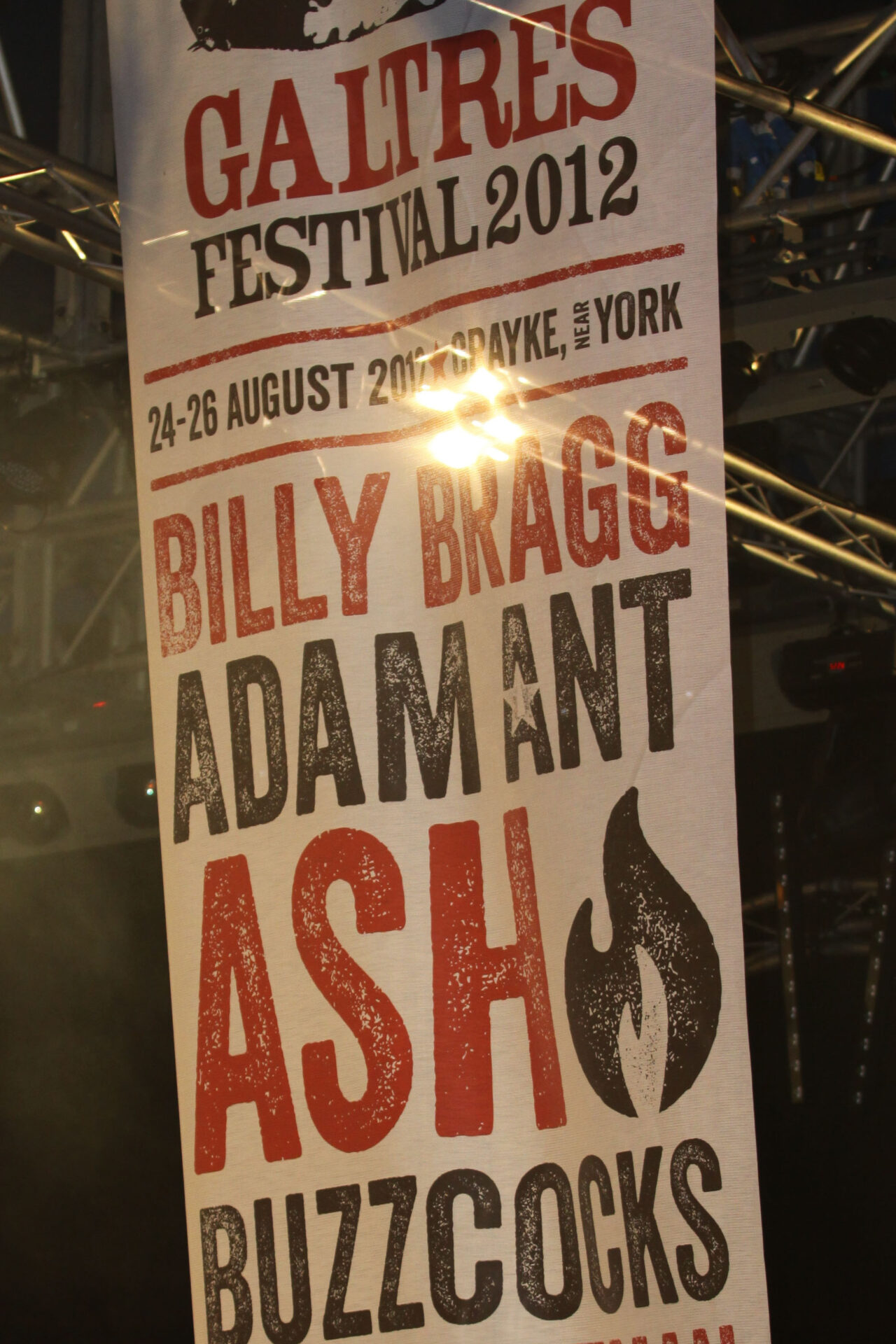 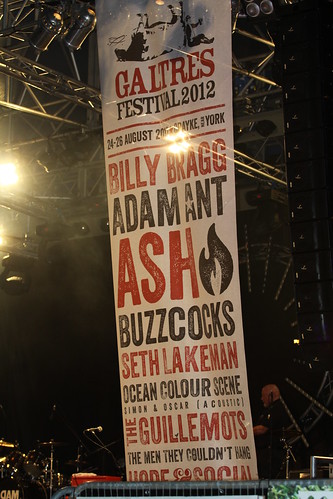 The day after Neil Armstrong made his final flight from this earth, Stuart Goddard took yet another small step in the ongoing resurrection of his career.  Dressed as he is in the dandy finery of his early ‘80’s pomp, the man who became Adam Ant is not quite such a reluctant hero as he struts and shimmies across the length and breadth of the Duke’s stage for over an hour as if to prove his very own point that ridicule is nothing to be scared of.  Reunited with two drummers, a Burundi beat and accompanied by Georgina Baillie of Sachsgate fame, the 57 year old manages to bring the Galtres festival to a rather flamboyant close with his vaguely ridiculous but still rather compelling take on style, sex and subversion. 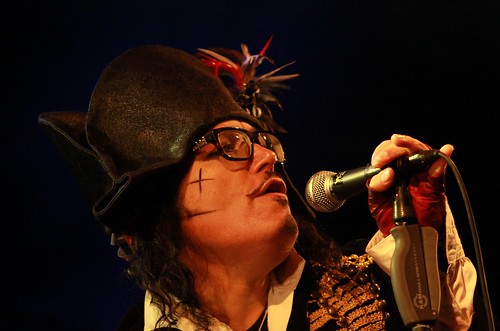 Adam Ant’s story is ultimately one of triumph over adversity; some of the other headliners don’t seem to fare quite so well.  Despite celebrating their 20th anniversary in showbiz and having a welter of top twenty smashes to draw upon, Ash’s party falls dismally flat.  One generic rock number seems to follow another with alarming monotony, punctuated only by the undiluted and sheer exuberance of their fellow countrymen’s “Teenage Kicks”.  Guillemots, on the other hand, continue to champion the cause for easy listening and were they to go back in time would most surely be taking their rightful place alongside Keane on the Sing Something Simple playlist. 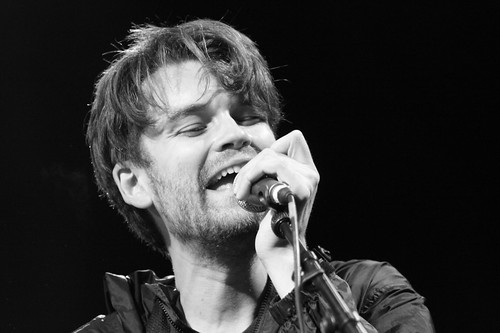 And then you have Messrs Shelley and Diggle, who without managing to play one single song that is any younger than 30 years old somehow still manage to stay just the right side of pastiche and for this they must take great credit for fronting what is surely the best Buzzcocks tribute band of all time.  But in Billy Bragg you have someone who remains beyond reproach as he continues to defy age and time by merely staying true to his calling.  His voice carries a message through the ages, proving that you can bring social comment and protest to each and every new (and old) audience with a smile on your face and a song in your heart.  He re-invents Woody Guthrie’s “All You Fascists Are Bound to Lose” as a rousing call to arms for the modern world, whilst the same man’s “Way over Yonder in the Minor Key” is as pure and still as the early Sunday night air in which it is sung. 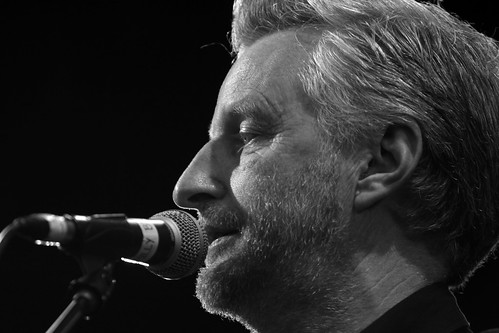 But the Galtres musical experience is far much more than just what might be happening upon that main stage.  It is also about pleasures, possibly hitherto unknown from outside of the event’s native Yorkshire, to be found elsewhere on the festival site. Set in the beautiful rolling countryside which is the royal Forest of Galtres and now enjoying its eighth birthday, the festival’s increasingly firm foundations are built upon local produce be that food, drink, family fun or music. Take Saturday’s Oxman stage which is given over to the sounds of swinging Hull as some of the East Riding’s finest young bands showcase their talent.  Mammal Hum, Last Winter Dance Party, Counting Coins and The Talks crest the rise from late afternoon until dusk proving beyond any reasonable doubt that their home town is so much more than just fishing and The Housemartins. Running on parallel lines on the same day the Firkin stage takes its theme and inspiration from John Martyn’s album Solid Air and many of the performances in this sweating, heaving marquee rise to that challenge.  As if in memory of Neil Armstrong, We Could Be Astronaut’s frontman Robert Loxley Hughes has lift off in the early afternoon, an impassioned “Mary’s Violet Eyes” characterising his flight path between hope and despair.  With fluid guitar play and a warm embrace of styles from blues to flamenco, Kit Holmes exudes charm, confidence and energy.  The man from East End Park in Leeds, Jon Gomm then brings it all back home, assuming Martyn’s mantle, melancholy, melodies and his own not inconsiderable talent in the process. 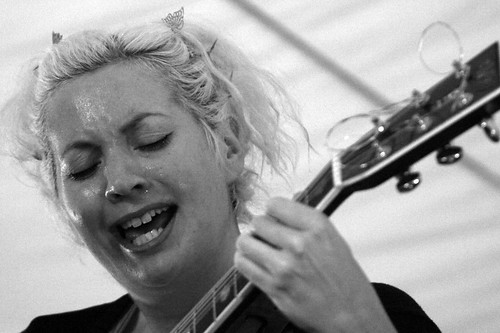 Beyond the musical horizon there lies a mediaeval village, a little top in which you can absorb Bollywood dancing, comedy and cabaret and the Pashtent for stories, magic and mystery plays in miniature.  And then there is the Tea Tent stage, all sofas, cake stands and standard lamps and the truly marvellous Sam Lawrence on her Lunch Break Island.  It is incredible what can emerge from the contents of a picnic basket containing a flask full of sand and some sea shells, a Hawaiian guitar and a hypnotic hula dance.  This is an experience which seems to capture perfectly the true essence of the Galtres festival.  Despite its emphasis upon being all things local it manages to maintain a wider global perspective without lapsing into parochialism. It is an end result which is achieved by a collective vision, detailed planning and organisation and nigh on perfect execution. Going to a festival may not ultimately signal one giant leap for mankind, but when it is something this good it must surely count for something.