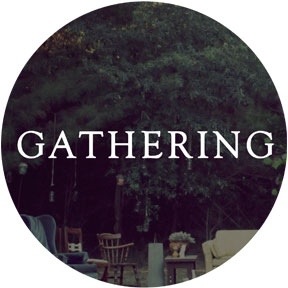 It’s been a couple of weeks since my Gathering festival experience. I have delayed in writing about it until now because sometimes with a festival you can become wrapped up in the euphoria of the experience and lose sight of objectivity needed to give a balanced and fair account of the situation.

As I started my Gathering festival experience it quickly became evident that this festival was very relaxed and incredibly well organised. All the venues were within an easy 5 minute walk from each other on Oxford’s infamous cultural hub that is the Cowley Rd. The atmosphere in each venue was very laid back with music fans casually sauntering from one venue to another checking out some of the best of upcoming musical talent around today.

First up was the soulful Jackie D Williams at the Cowley Rd Methodist Church.
With his boyband good looks it would be easy to overlook the fact Jackie has substance and songs. Jackie earnestly plows through his short set feeling every lyric with tightly closed eyes occasionally opening them and connecting with the crowd. A boy with great potential.

Over at the East Oxford Community Centre Seasfire deal in keyboard driven ethereal melodies. Each song is honed to perfection. A workman like precision exudes their set as they delight and enthral a small but devoted crowd. Lazy comparisons would have them compared to The Killers and Friendly Fires but the scope and ambition of those two bands are easily matched by Seasfire.

Back to the Cowley Rd Methodist Church. Karima Francis soulful heartfelt melodies pass me by gently and unoffensively. Karima holds a good stage presence and her acoustic set is greeted with a number of nodding heads in the crowd. After her set Karima rushed to the entrance to thank everyone for coming which I thought was a nice touch.

Across the road in The Bullingdon Arms Welsh quintet Cut Ribbons rock out to a sparse crowd. Cut Ribbons are reminiscent of early nineties Indie with a dash of 80’s U2. With dual lead singers Aled Rees and Anna Griffiths, Cut Ribbons begin their set in a lacklustre fashion and I was quickly bored, but 3 or 4 songs in the band begin to turn their show around. Slowly gelling as a unit. It’s a shame that Cut Ribbons finally hit their stride as they played their last few songs. Maybe it wasn’t their day but I’d love to see them when it was.

Story Books brand of chiming indie rock is largely uninspiring save a few moments.
Derivative and yawnsome, Story Books paint melodies by numbers. Whilst a number of the crowd at the East Oxford Community Centre seem to be enjoying the band, I’m afraid Story Books were the disappointment of my day.

Playing at the furthest venue from the Cowley Rd are Yrrs. With brooding guitars and under played melodies, Yrrs offer glimpses of potential under a facade of incompetent musicianship. I strangely and masochistically enjoyed Yrrs’ assault on my senses in their short time on stage.

At completely the other end of musical competency are Bastille, who are arguably the hottest ticket of the whole festival. Second on the bill at the largest venue of the festival, the O2 academy, Bastille are tuneful songsmiths who inspired devotion to largely partisan crowd and while it is easy to appreciate the band’s talent, Bastille left me emotionally cold.

Next up at the East Oxford Community Centre were The Staves, who weaved impossibly beautiful folky melodies which took me away from an increasingly hot and crowded room. The Staveley-Taylor trio from Watford make music a world away from their origins and merge their voices into delicate Americana tinged with melancholy. A revelation waiting to be heard.

And finally onto my last act of the night, Lucy Rose, at the East Oxford Community Centre. Gathering festival seemed to be the start of something very special for Lucy. I have never seen an artist go through such emotion in the space of a gig. Wearing her emotions on her sleeve through a technically plagued set, Lucy’s mood changed from despondency to frustration and ultimately Lucy ended up overcome with elation at the climax of the gig as the crowd sang every word of her hit ‘Bikes’ back to her. Not a complete success due to the technical issues but the fragility of Lucy’s voice coupled with her unmistakable ear for a good melodies carried the crowd along until the emotional finale.

As a newcomer on the festival circuit Gathering comes fully formed. It’s a well organised festival with a diverse and up and coming group of band and solo singers. Just can’t wait to see what next year brings.