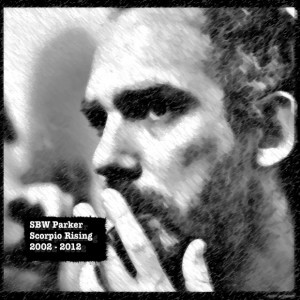 Choosing a relocation to the colourful city of Istanbul – Turkey’s heaving metropolis that straddles the Bosphorus and bridges both Asia and Europe – a decade ago, British artist SBW Parker is a songwriter full of surprises. Though the eastern surroundings of his adopted home may not exactly permeate or define his music, it does, to a degree, allow time and isolation away from the UK music scene. It also allows Parker space to view cultural and political debate from a different viewpoint.

This, the fourth album so far from Parker seems to be a reflected pause in his career, a look back at his tenure career to date, collecting songs from key stages in his development as a musician, under the moniker of Scorpio Rising (from the Kenneth Anger film).

Pitched as an experimental alternative rock band, his Scorpio Rising sound is a mature mix of The Pixies, John Cale, Devo, Roxy Music and Talking Heads. A recurring theme of battle and war is bot adhered to lyrically and in some of the song titles: used to a large extent in the metaphorical sense when lamenting about the conflicts thrown-up in struggling relationships. ‘Above The Warzone’, a definitive highlight, has the signature Parker traits of jangling acoustics, nuanced riffs and minor chord shifts. Singing down to his chest in a broody vibrating style, his opening redress sounds like Television covering a Bob Dylan malady.

Hanging aloof over proceedings is the omnipresent influence of Bowie, especially on the melodic staggered ‘A More Defensive Attack’, and the grinding guitar, Eno-esque ‘Shades Of Grace’.

Those rambunctious Devo leanings come into play on the discordant, braying, ‘Alpha Waves At Seraglio Point’: a reference in part to the forenamed promontory (land mass) that separates the Golden Horn and Sea of Marmara in Istanbul.

The thinking persons rocker, Parker manages to find the right subtle harmonic and rhythmic changes to mark him out. However, no better summary of the man’s work can beat that consummate modern-day philosopher, Alain de Botton, who in 2008 described Parker’s ‘A Gun To The Temple’ album as, “wonderful – the songs are as heartfelt as they are intelligent.” No arguments there.