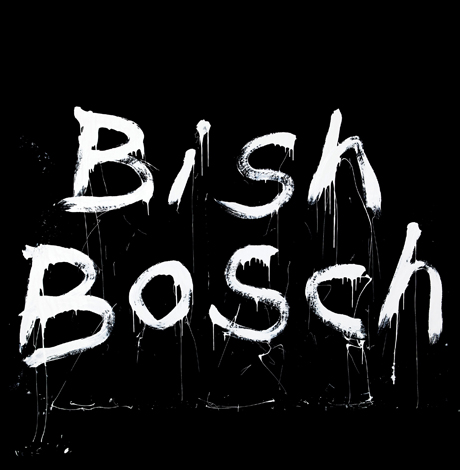 ‘Hey pal…come down and join the living!’

Much has been made of Scott Walker’s avant-garde trajectory: from his misspent days as part of The Walker Brothers trio to the morose calling of his solo career that began with a series of numerical entitled albums, followed by the serialism of ‘Tilt’ and ‘The Drift’ via the epiphany of 1984’s ‘Climate of The Hunter’.

Yet from the very beginning Walker has imbued all his vocal interpretations with a sense of meditative longing and yearning. Despite everything, those early ‘wall-of-sound’ melodramas, produced for a commercial teen-market, still had something beyond the mediocrity of the norm; a sense of brooding aloofness and blues that most of the intended audience wouldn’t necessarily pick-up on – not so much celebrations of love but lamented tales of loss and heartache.

Eventually Scott would leave to pursue contemplation and study – seeking solace at Quarr Abbey on the Isle of Wight during the late 60s, and moving onto Europe with a stay in Copenhagen during the 70s – yet fashion out an esoteric and experimental crooning career. Attuned to the Nordic school of melancholy and philosophical pessimism of Kierkegaard, and indebted to the sardonic wit of Jacques Brel, Scott’s enigmatic repertoire gradually stripped away convention and obscured all the pleasantries. Disillusioned with the by-product of fame – though this never stopped him from rejoining his Walker brethren to record a further three LPs during that same decade – Scott moved further and further into the abyss.

In a manner, the crooner had always been a moody sod, so it shouldn’t come as any surprise that his latest release keeps up the pre-tense. Prone to scrupulous procrastination, his deliberated triumvirate of most abstract works (Tilt, The Drift and now Bish Bosch) cemented a reputation built on the glaring poetic truths of reality. With all the semiotics and harsh historical anecdotes, Bish Bosch promises some glimmers of humour, albeit a dry one with the onus on the insulting.

A title of two halves, Bish a friendly knock-about slang word for bitch, and Bosch after the unique 15th century Dutch painter and draftsman of religious torment, Hieronymous, it is also a pun on the slap-dash by-word of every builder and decorator in the land – getting the job done with the minimum fuss, but also a negative term for poor execution. Scott himself envisioned a title that would encapsulate his, “mythological, all-encompassing, giant woman artist.”

Conceptually a Baroque-operatic suite of seemingly unconnected narratives, each propound exploration in storytelling and tonality is a mini-opus in its own right.

Musically speaking, the palatial silences have never sounded so profoundly loud, pranged, breached and caustically eroded by the force of Scott’s backing at key moments. A maelstrom of heralded horns, melodramatic Foley sounds, cutting guitar and forlorn brutality is set against hallowed strings and revelatory sequences of hope: Bosch’s The Garden Of Earthly Delights brought to life in a palette of greys.

Starting with a sound piece of advice, “See You Don’t Bump His Head” drills directly through the cranium with its incessant pummeled thumping, and flaying electric guitar. Scott ascends from isolation to affix the opening barbed, “While plucking feathers from a swansong”, to a host of tortured descriptive one-liners.

From then on in the nine-song cycle of mournful miss-adventure maps-out a multi-layered world of metaphysical and critical reproof, swarming with all the sores and ills of society through the millenniums, though answers and solutions remain absent.

‘Harrow be thy name’ as the vivid harassed mind of Scott deliberates over another glacial-sized and slow shifting trudge, ‘Corps De Blah’. Difficult to fathom, the drabbing rain, barked rubbing and stabbing strings punctuate such memorable passages as, “Face full of drunken tits, only I could sip you, like flies sip at wide eyes on a desert floor.”

Almost to be considered as light-relief, the salsa percussion in ‘Phrasing’ adds a touch of masquerading rhythm to a pyschogeographic imbued bleak ensemble of atavistic catacomb virgins and Klu Klux Klansmen. But this evocative lament is just a prelude to the album’s main event: the twenty-minute multiple-stage epic, ‘SDSS14+13B (Zercon, A Flagpole Sitter)’. A tale of two dwarfs, one the Moorish figure of jest and companion to Attila The Hun, Zercon, and the other a sub-stellar body, this coded peregrination ponderously roams through the ages. Various stop-offs along the Hun rulers empire – which stretched from the Ural to the Rhine in one direction, and the Danube to the Baltic in the other – are interspersed with Scott’s snide put-downs: “Don’t move…I want to forget you just the way you are”, “I’ve looked high and low for you, guess I didn’t look low enough.”

Metaphorically ambivalent and obscure, Zercon, the sad plaintive dwarf, is propelled forward into the 20th century with the allegorical symbolism of America’s 1930s flagpole sitting craze. In tune with Scott’s own declared pessimism, it all ends badly, just like the astral dwarf star that shares the songs title, a universal phenomenon that eventually freezes itself out of existence.

The lingering sense of impending doom spreads, literally, like a creeping disease on ‘Epizootics!’ – a title derived from the term for an epidemic disease found in highly-concentrated and populous groups of animals that exceeds expectations. Squawking fanfares from the hybrid tuba sax and bleating trumpets hammer out an esoteric South Seas eulogy as frightening visions of scarred and odd-looking Hawaiians rub side-by-side with jostling dancers – described in the manner of competing, physically incompetent thugs – and Michelangelo’s imagined relationship with Pope Julius III. Once again some comedic value is injected with a well-placed insincere, “Sorry I’m so clumsy, take that in the bollocks for a start!”  Rather endearing, the outro features a wafting lullaby from the grass-skirt tropics, to end on a beautified moment of swooning promise. 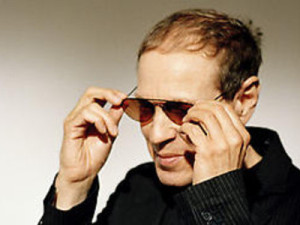 Moving on, ‘Dimple’ is another ominous augury from the dank pit of Scott’s heart – the Denmark connections continue as the crooner switches from English to Danish – whilst the Biblical subtext ‘Tar’ offers more dark matter for the soul.

A vignette of sorts, ‘Pilgrim’ is a mere short sentence to the exhaustive tomes our narrator normally writes. Repeating in a mantra like hysteric, “Blowing up bullfrogs, starring into the eyes just before they burst”, Scott compares vivisectionists to the delight of kids who enjoy pulling apart frogs in morbid curiosity.

Fortunately another of those sardonic exercises, ‘The Day The “Conductor” Died (An Xmas Song)’ brings not tidings of joy but alludes to one of Scott’s most constant thematic characters, the dictator.  Referred to throughout the mischievous yuletide elegy, the Romanian president Nicolae Ceausescu and his wife Elena’s execution on Christmas day 1989, is hearty fare for Scott to immortalise. Mocked sleigh bells and hymn-like tones permeate as the tyrant’s life ends abruptly, without a trail, or even the pause for the executioner’s command of “FIRE!” Ironically a xylophone bobbing rendition of Jingle Bells plays out in the finale, an added touch of sadistic wit to the tragedy that’s just taken place.

Truly out there, Bish Bosch features all of Scott’s vocal traits – from conniption to sibilant – and nuanced ticks, his collaborative ensemble of adroit musicians – many of whom are well schooled in the Scott’s methodology – don’t exactly play their instruments as gnaw, bend and deconstruct them. Yet it does seem that our troubled soul has found an equilibrium and formula. Of course this would fill the brooding artist with dread, but this latest magnum opus stops short of cutting its ties completely from the recognised confines of western music. Instead, this is another extension of the previous two albums, albeit a little more playful in parts.

Scott Walker’s depictions of life, and the enduring spirit, aren’t for the faint-hearted, but this shouldn’t put anyone off, as the sound of melancholy has never sounded so profound, revealing and stirring.