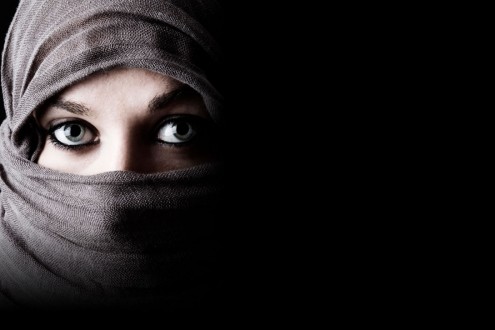 In times of austerity, and in a city like London with a wealth of entertainment at your fingertips, you would be forgiven for thinking that the theatre was still a luxury for some. Yet, it doesn’t have to be.
Outside of our large theatres like The National and The Old Vic lies a world of hidden gems and rising stars. Terms that are none the more applicable to than the writer, director and actors of Ignorance/Jahiliyyah at The Hampstead Theatre. They may not be household names yet, but with a play this good, it is only a matter of time. Sometimes a piece of work comes along that blows you sideways, last year it was Jerusalem by Jez Butterworth. This year, it was Ignorance by Steve Waters. There is a wealth of new talent out there, and Hampstead Theatre is one of the places you will find it. Ticket prices being a mere £12 too, this play is a must see.

“It is 1949. Small town Colorado. A group of regular American students struggle to accept a foreigner in their midst; their unthinking behaviour will have terrible consequences that are to change world history. In London, sixty years later, a university professor’s work analyzing those consequences takes on a frightening personal dimension when Layla Ahmad walks into his office…”

Never has a play been so topical, so un judgmental and pose such thought provoking questions as Ignorance. This is a play based on Egyptian writer, Sayyid Qutb (1906-1966), a major novelist and critic and journalist from the inter-war period who by the 1950s had re-framed himself as one of the great modern Islamist thinkers. To this day, no one actually knows what he was doing in Greeley, Colorado in 1949, but no assumptions are raised in the play and we as the audience are left to make our own mind up. Although the play is set in 2 very different time frames, the switch between the two is easily recognized and works very well. It is however the intensity of the performances that has you sitting on the edge of your seat, and itching to get back to the action after the interval. The theatre at Hampstead Downstairs is a small room with benches filling all four corners. You are part of the action, breathing it in, taking in every expression the actors have playing across their faces. For this reason, it is one of the most intimate performances you will ever experience. Add to this some truly extraordinary acting from Jude Akuwudike, Laila Alj, Andy Apollo, Scarlett Brookes and Dan Rabin and I honestly believe you have one of the best plays of 2012.

‘I am reading things, everything I read, I read and read, I read so many books… I awake with the words in my mouth and they are not simply words they are calls…to action.’

Ignorance/Jahiliyyah if anything brings up the age old fear…of the unknown. That which we don’t understand, are ignorant off, and of that which is different from ourselves. The play itself is a complex, cerebral piece with many layers and leaves many questions left unanswered. I do not want to tell you what happens, or give you a blow by blow account of the plot; but I cannot express just how high quality the writing is by Steve Waters, or how excellent the direction by Nathan Curry. I can only hope that everyone involved goes onto greater things. Unfortunately the run must end on Saturday 15th December but you have 5 more days to go and remind yourselves why the UK is still producing some of the greatest talent out there.