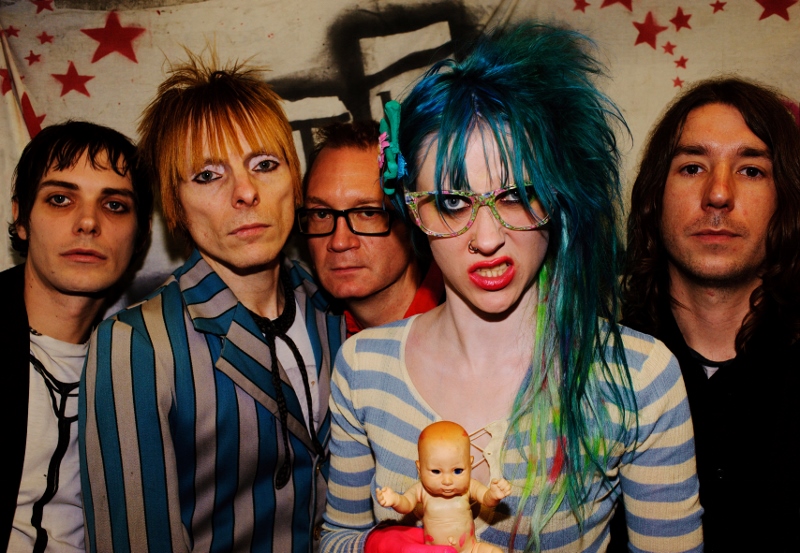 This week saw a report from the BBC that stated that Gig venues across UK have seen drop in tour dates by one half. Away from the major arenas times are certainly tough for promoters, venues and bands in the live music scene. And it’s not just the recession, venues are being forced to closed promoters are being squeezed and artists are often finding their booking fees aren’t enough to fund their travel. So Going Skint for a Living is now turning its attention to live music, and asking some of our favourite promoters and venues how they are facing up to the issues that surround live music promotion. First up we have long standing South London promoter and publicist Caffy St Luce and her gig night Playhard that promotes live music parties and streams them online.

“Since the initial D.I.Y explosion, a new music business model has grown to limitless potential, courtesy of internet sharing. Free social network sites may indeed make guinea pigs of us, but they also connect our co-promotions and collaborations. In a recession, grass roots industry of all kinds has suffered an extra tint of skint, so needs to be more resourceful to succeed.

Our new music event, Playhard is a perfect example. A travelling show that exposes and documents promising entertainers via multi media. This year things stepped up a notch as a live stream music show which was launched at the International Live Music Conference in March.

Heather Minx Ferguson and myself have loads of mates who are, or are involved with, musicians and their industry, so its a friendly and funny affair. We book artists that we want to experience live and who want to be part of what is growing.

As 2012 ends, we’ve had amazing times on stage, at the bar and on the dance floor. Its hard work without the aid of hype, so initially had no guarantee of breaking even financially. The nature of pre-tipping artists who are under the radar, means that its the club regulars, independent media and word of mouth that have helped it grow to the point of being ready for the next stage.

Without an advertising or marketing (or anything!) budget, the live stream averages a monthly on line audience of thousands of music fans (over three sold out Brixton Academy’s of attention) around the planet, tuning in for longer than usually to virtually hang out in a Camden boozer on a Friday night.

There is a definite element of promotional opportunity to be had. Its been great to see the attention that various Playhard artists have started to attract already. Also to see the reputations of our content creating crew at the same time. Between us all we have created an alternative music TV experience for the multi sized screens age.

We have passionate belief in what we are creating. Its not all plain sailing, it can be soul destroying but even the smallest amount of support and co-promotion of Playhard can make the difference to our day. We recently attended the UK Trade and Industry’s Enterprise Music day. Britain leads at music multi media. Seems that we are in the right place for what we do.

And the right time too. This couldn’t have happened in the 90s, but the 21st century is one big star trek if people are willing to boldly go. We started this year in Birmingham, had an instinct that the Midlands was buzzing. Have also staged at this year’s Edinburgh Festival where BandWagon held the first music conference. Playhard was part of this year’s City Showcase and we even achieved a viewer-ship of over 36,000 so far. It all makes us feel encouraged for the future.

We’ll keep seeking the release launches, warm ups, intimate fan shows and mixing them in with the must-see pre-tipped sets. We know that works without mainstream attention. Like I said though, we are ambitious, we have so much more up our sleeves. Oh and we really do like to Play. Hard.