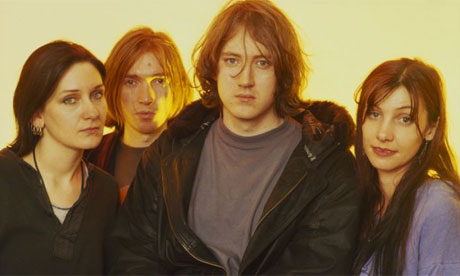 Twenty two years since their last album, then with just a few hours notice, My Bloody Valentine released ‘mbv’ at midnight on a Saturday a few weeks back. Very quickly afterwards of course, it leaked. This was followed by a press release saying that CDs would not be available for another three weeks – and we wonder why record shops are collapsing like dominos. Despite the time lag, the album is a natural extension from its predecessors, with that familiar distorted scuzz that the band made their own. Even though they met with relative lack of commercial success back then, the band have been cited as influential many times, yet their sound still sounds unique, even now. Here’s a track for ya.