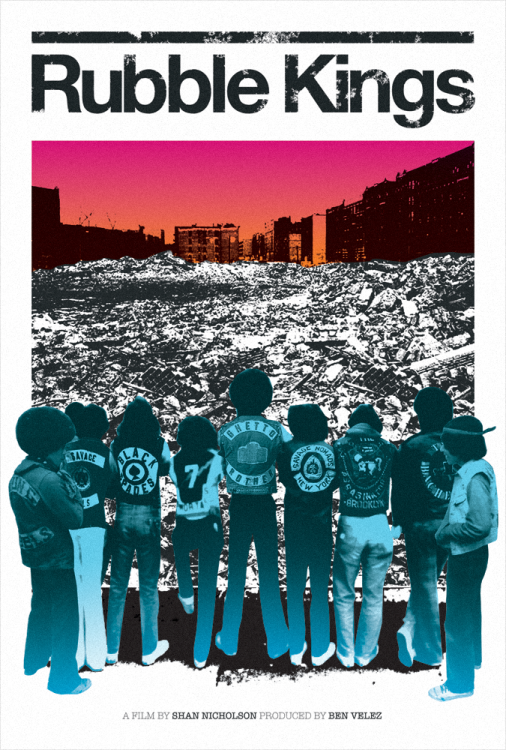 The story of NYC’s 1970s gang subculture and how it influenced the cultural phenomenon that is hip hop.

Despite many studies, myths and folkloric postulations, the birth of hip hop is still missing a cohesive background story, explaining just where and how it really started. Documentary film director Shan Nicholson and Cristina Esterás Ortiz don’t lay claim to producing that definitive tome, but they do document the transformation of what was a desolated, bankrupt and crime-infested city into a street culture mecca.

Primal rage in the deprived and forgotten slums of the Bronx had led to an explosion of gang culture in the late 60s. A microcosm of New York, the Bronx alone could boost of more than a hundred neighbourhood gangs, each with a hierarchal system and sporting a rich tapestry of monikers (Savage Skulls, Bachelors, Black Spades, Hitman and Turban Queens to name just a few), from every ethnic diversity imaginable.

Walter Hill‘s The Warriors may have been a cartoon-esque version of the brewing tensions and resentment of New York’s ‘degenerates’, yet the city’s police and social authorities really had lost control, as the murder rate soared through the Manhattan skyline.

The aptly named Rubble Kings chronicles the ‘forgotten few’ who heroically crossed the territorial lines to bring the burgeoning music, dance and artistic culture of hip hop to a devastated urbane landscape.

In the can already , the four-year project has been shown to numerous film festival audiences, and garnered rave reviews. However, for a full theatrical release the project needs funds to cover the cost of clearing footage and musical rights. A Kickstarter fund has been started, hoping to raise a target of $50,000. A range of incentives will hopefully rouse the necessary funds, because this is one story that needs to be told.

Visit the site for more details, and if you’re flush, donate some money to the cause.
‘HERE’ 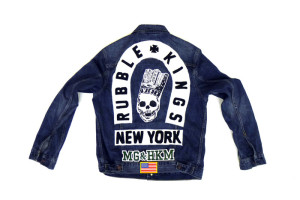