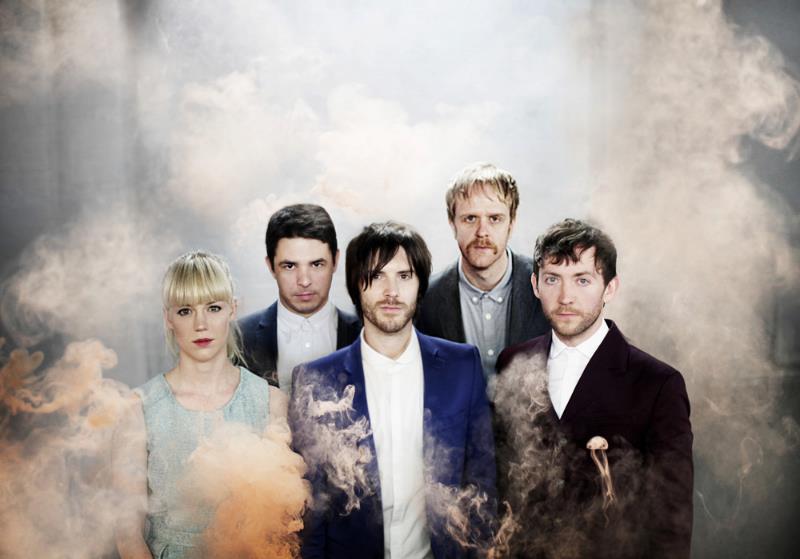 Sometimes a band can actually make a dance floor dance with the right mix of instant pop hooks and infectious grooves. I’ve seen The Ghosts do it on numerous occasions for just over a year now, accidentally following their gigs, for good times. It is now noticeable how many people are starting to drop in and bliss out. Unassuming yet all consuming, The Ghosts are contenders for a following in the true sense of the word.

Formed, in part, after painful loss, there are haunting echoes in some of the melodies. Yet the songs from their debut album, ‘The End’ (2012), draw a line by inspiring hope from uplifting beats and luscious pop. With live music audiences and critics alike, The Ghosts are noticeably growing in both affection for their live presence and profile for the classic level of their musicianship.

GIITTV caught up with vocalist, Alex Starling, to find out more.

Within a year of public awareness of The Ghosts, things are going encouragingly, to say the least. The latest is being selected for SXSW 2013. How did that come about, and where can people there catch you?

Alex: “Yes, things have gone really well in the year since we played our first gig. 2012 was fairly hectic; shooting videos, touring and doing the festival circuit so soon after our first release. We’ve been asked to do a number of shows abroad and SXSW was one of them. We were initially contacted by a promoter of one of the shows at SXSW saying please come to Texas and play our event. Then a few more offers came in to play so we thought, why not? It’s great feeling knowing that these people have even heard of our little British band, but getting asked to play at their events is fantastic.”

Speaking of the USA, the new single, ‘Everything Will Do’, has been featured on the ABC Network’s drama ‘Red Widow’. Was there a part of you that hoped songs from ‘The End’ would cause anything near as much excitement as they are doing?

“We’re pretty pleased that people from all over have warmed to the album and it’s exciting that people in the US like it. When we recorded it, we just wanted to make an album that we, as a band, liked and didn’t really consider whether it would be well received in different countries. Of course we hoped it would be, and it’s great when you get messages from all over the world from people who understand what you’re doing.”

Alongside making an impression on both sides of the Atlantic, have The Ghosts won any fans in other parts of the globe?

“A Mexican blog championed us and streamed the album and since then we’ve gained a large following in Mexico and Brazil. We have more fans in Rio than London according to Facebook, which is funny, so we need to do a gig there as soon as possible. We get lots of messages from Russia, Serbia and China too. The album is getting a label release in Canada soon and we’re also hoping to get some mature fans now that Tony Christie has covered one of the album tracks, ‘Company Like Yours’. It appears as a new track on his Greatest Hits album just released in Germany. We’re touring there this year.”

Music fans from all parts of the planet will be able to catch The Ghosts in concert, virtually, as they are back by very popular request at Playhard as part of the show’s hand-picked line-ups for the 40th anniversary celebrations of legendary London venue Dingwalls throughout this year.

At their first Playhard appearance, last spring (with Jon Brookes of The Charlatans guesting on drums) the crowd were euphoric. This time round Jon is doing the honours as DJ (and also drums on new single ‘Everything Will Do’); fans of Ou Est Le Swimming Pool will appreciate that Caan co-headlines this bill of tips and recommendations that’s set to be a musical milestone of 2013.

The Ghosts, who are currently living and writing in a former music school where Elgar once taught, will preview material from their forthcoming new album, which will be released later this year at the above mentioned events.