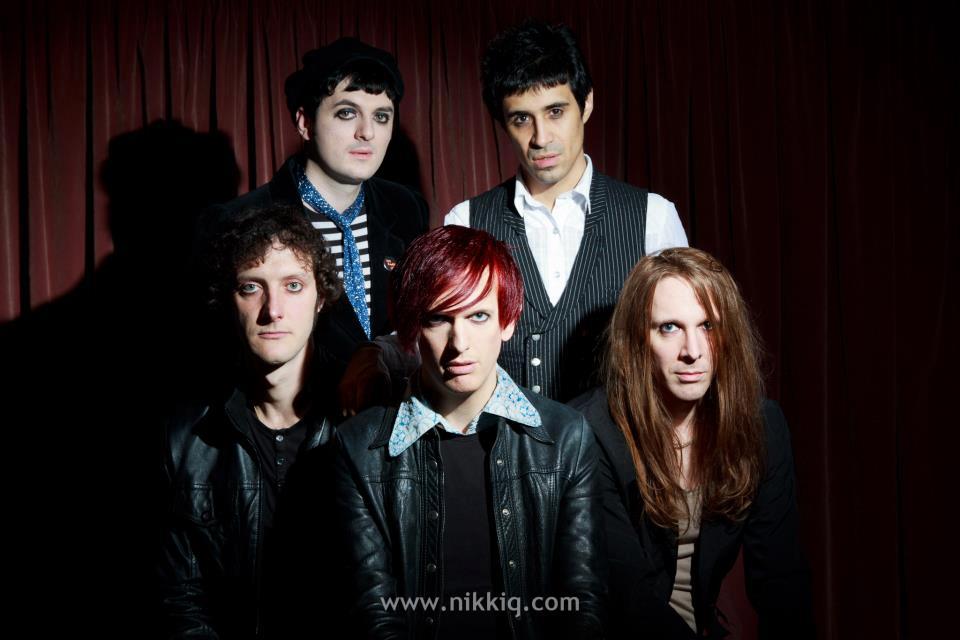 Jonny Cola & The A-Grades have posted the first of two promo videos for new double a-side single ‘Straight To Video / Marlborough Road’ today. The ‘Marlborough Road’ video can now be viewed below. Its partner ‘Straight To Video’ will follow on April 4th, when the single is released as an orange vinyl 7″ via Scratchy Records, pre-orders are now being taken at http://tinyurl.com/straighttovinyl.

Each video vividly illustrates a different side to The A-Grades multi-faceted sound, and together they add an extra dimension to the single, allowing it to fully showcase the band’s blend of glam-punk visual style and smart substance. The more punchy and immediate track of the pair, ‘Marlborough Road’ returns to the London streets that have often provided a muse to The A-Grades. Although very different in tone, it dovetails fully with the much darker, Japanese horror-inspired ‘Straight To Video’ clip that’s still to come, creating a continuous loop when the two are viewed back-to-back.

Before unveiling the second installment of the double a-side on April 4th, The A-Grades make their live comeback this Friday at Islington’s Buffalo Bar. Playing what will be their first gig since frontman Jonny underwent a life-saving kidney transplant operation last November, the band are getting ready to celebrate the end their enforced absence from the live circuit with a uniquely intense performance here. Support comes from Fallen Leaves (ex-Subway Sect), and the bill is rather fittingly completed by a DJ set from Jonny’s partner – and donor, Glamracket promoter Heidi Heelz.