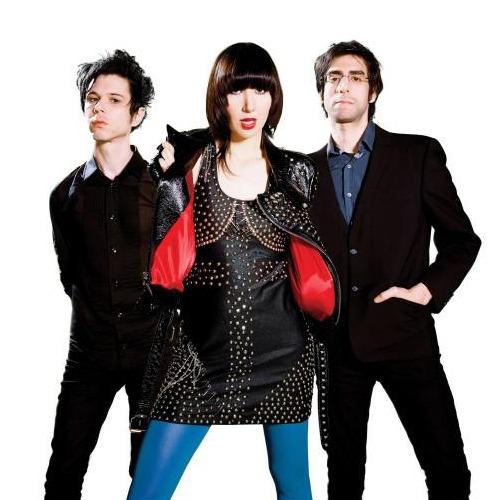 In true British style, we start the new month with a wondrous combination of Easter, British Summer Time starting and snow on the ground. Casting a brighter shadow over all that, we have quite a bumper bundle of new albums coming our way, with Yeah Yeah Yeahs threatening to be the jewel in the crown. There could be a few potential positive surprises too, like Frank Turner and Cold War Kids, although anticipate no such surprise from Paramore or Fall Out Boy. Out of the old school, Iggy & The Stooges are back with a cracking album but not sure what to expect from HIM or OMD. New Kids On The Block are back together, all now in their forties and clearly in need of money, who would buy this, other than their grandchildren, seriously?

(New Kids on the Block ^)
There are a handful of festivals too, although none to get over excited about. Hit The Deck at Bristol and Nottingham hosts We Are The In Crowd, We Are The Ocean and presumable we are the lucky ones for not attending. But could be worse and is, as Hard Rock Hell features Skid Row and is based in Rotherham, which is presumably the closest place to hell they could find.

We start the month with April Fool’s Day of course, strangely enough followed by the new tax year when our government convince us we will all be better off. St.George’s Day comes later which us English approach with rather more dignity than the Irish and Welsh last month. A couple of important ones are Freedom Day in South Africa and Record Store Day here in blighty. It’s also Irritable Bowel Awareness Day and Green Day; considering a combination of the two, maybe the band Green Day will release another three albums…no please don’t!

(Iggy Pop^)
Touching on the sports calendar as usual, we have the Grand National at Aintree, where we crucify horses, then the London Marathon, where folk crucify themselves by running further than they usually drive in a week, the latter not involving being dressed as a badger. There’s also the US Golf Masters and the start of the World Snooker Championships at Sheffield, you choose which one will
send you to sleep the fastest.

Ok, space runneth out again, you will be pleased to know, so I’m off into hibernation for another month, which hopefully won’t incorporate any visits to South Yorkshire. Sleep tight and don’t have nightmares – pathetic prose like this won’t occur for another thirty days.