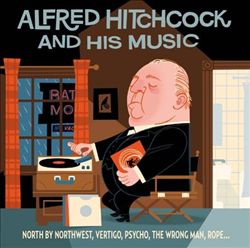 Time again for a perusal through the lesser heralded releases in the tumult ocean of music.

From the most whey and delicate to heathen death rattling, my perspicacious valuations will breach the boundaries and ‘pigeon holes’ in a quest to summarily guide you through the vast aural expanses. 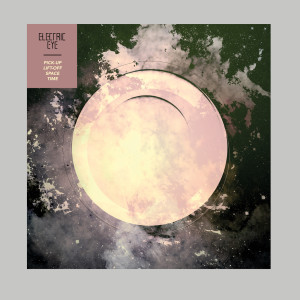 Sipping without prejudice from the same fuzz indulgent pool as Spiritualized (especially on the indolent duet with The Megaphonic Thrift’s Richard Myklebust on the closing opus), Dead Meadows and The Brian Jonestown Massacre, boundaries melt as the group drift or strut through Kraut, acid and space rock.

Split into two the albums trippy, though grindingly driven, A-side roams Harrison’s raga retreats, lunar landscapes and Floyd’s epic Pompeii stage. At their most insular and blue they sound like an edgier Spacemen 3 and at their most strident they ‘come on’ all BRMC.

Moving through the ‘Disraeli gears’ the band pick-up speed on the flip side: the beats meatier fuzz meaner and sustain resonating longer. The quartet of shorter but no less sprawling numbers in the second act add echoes of the Chemical Brothers and Kasabian to the squealing organ, tremolo quivering tapestry.

Admittedly reaping the benefits of those mid 90s influences, Electric Eye hardly qualify as the most original of bands, yet their homage has a certain kick and quality, missing from most of the ‘Neo-psych’ hoards. 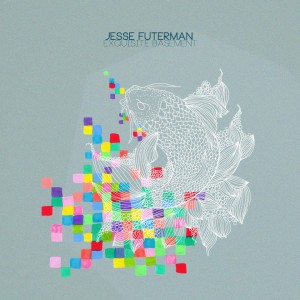 Drawing his ‘free’ triumvirate of digital EPs to a satisfying conclusion, ‘downtempo’ maestro Jesse Futerman showcases some of his most soulfully haunting and deep material on the finale Exquisite Basement.

The usual drifting jazz breaks, languorous soul and breezy exotic meanders, found on the previous Super Basement and Fuse The Witches volumes, are delicately laced with ethereal Sun Ra-esque vocals and echoing seductive bygone transmissions. Apart from the shuffling live drums of guest collaborator Jon Foster on the dreamy closing paean For My Parents, Futerman manipulates and smooths into shape a rich collection of samples to produce his placable, blues-y vignettes.

It all begins with a breezy introduction of Latin American jazz electronica meets Afro-pop, courtesy of Trouble Man, but soon settles down to reveal gentle lilting horns, aching piano, skipping glitch-y percussion, spiritual horns and even a biblical passage from Pslam 24:1 (this resonating reading features as an outré on Used To Be Thinkin’).

Make the most of it though; Futerman is promising to pursue a more ‘uptempo’ direction on his next project, The Love I Lost. 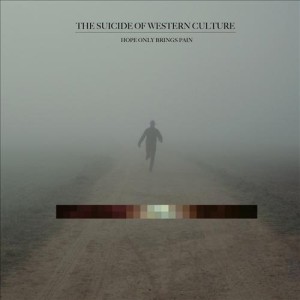 The Suicide Of Western Culture ‘Hope Only Brings Pain’ (Irregular)

Cutting a progressive peregrination through, what seems on the surface, a rather pessimistic alluded miasma of resignation, the Spanish electronic duo’s long awaited follow up to their 2010 self-titled debut,  ‘Hope Only Brings Pain’, rings with despondency but offers something gloriously sublime and epic.

Those intervening years between albums saw them on a grand tour of global festivals (SXSW, The Great Escape, Primavera, Canadian Music Week, Vienna Electronic Beats) and support Animal Collective, Orbital and Cut Copy. Swollen with pedigree and experience their already quite expansive template sound has delved ever deeper and soared greater heights to evoke an emotional response.

Plowing a similar furrow to the ‘two fucks’, that’s Holy and Buttons, The Suicide add a melodic pinch of subtle Ibiza fanfare to the churning, oscillating and bit-crunching industrial panoramas; starting with the triumphant electro-Baroque anthem on reflection, Remembering Better Times.

Though suffused and dampened the sonorous, and often mechanical, beats have a real kick: whether at a half tempo methodical crawl, as on the forlorn moniker When Did I Become Everything I Hate, or scattered in a 80s dry ice vista on the eulogy to the strategic historical harbor, Scapa Flow.

Despite the wretched state of affairs in Spain and clamor for answers from the past – the duo themselves make allusions to the aftermath of the civil war (Republican Soldiers In French Retirement Homes) and the destruction/renewal during that same period of a Catholic iconic statue of the crucified Christ (El Cristo De La Buena Muerte) – the country’s relatively underground music scene has never been in such great shape (as highlighted here http://monolithcocktail.wordpress.com/2013/01/10/notes-from-the-spanish-underground/) with an abundance of drone, expletory psychedelic, Nihilistic post-rock and Krautrock imbued releases from groups such as Jinko Vilova, Jupiter Lion, Guerra Despues De La Fiesta and Lubianka.

Added to this burgeoning roster of talent is The Suicide, whose second slice of sound tracking the highs and lows of our forlorn times, whilst escaping to better dimensions.

Not exactly underappreciated, the critical exaltations and cycle of appraisals that accompany every facet of the genius film director’s work have often overlooked the equally important soundtracks. Just as relevant in setting the right ambience or nudging the audience towards an anxious state of anticipation and fear, Alfred Hitchcock’s daring celluloid suspense would have seemed quite flat, vague and even deflated without it.

Whether hanging from a barely tangible window ledge or plunging a knife, staccato style, into one of Hitch’s rotating (and ever harassed) cast of heroines, an evocative piercing violin and tense drawn out cello hit home the right message – reiterated by the featured musings of the synonymous, harangued Psycho ‘slasher’ Bernard Herrmann, who opines on Hitchcock’s choice of ‘situation’ over the ‘individual’; hence the music is used to build ‘heightened suspense’ and encapsulate mood and landscape rather than create a signature for each character.

Collated in a double CD by Italian label Milan Music, the most vivid and iconic scores, preludes and bridging sequenced suites from over fourteen Hitchcock movies are given some attention; profiling the compositions of, the already mentioned Bernard Hermann, Dimitri Tiomkin, Franz Waxman, Miklos Roza and Francis Poulenc.

Along with the most celebrated of these, Hermann, whose Royal Philharmonic Orchestrated bombast rollercoaster rides, psychological induced fear of heights and penny whistle Latin meanders on North By Northwest, Vertigo and The Wrong Man have been shared on previous compilations, there’s a mixed spread of both the most and not so obvious examples from the Hitch cannon.

If they can be called ‘obscure’ – a director whose every film reel has been obsessively scrutinised – Tiomkin’s classical renderings include harp swells, strained violins and Broadway swoons for some of the less explored I Confess, Strangers On A Train, Shadow Of A Doubt and Dial M For Murder movies, whilst Franz Waxman skips between eras, offering up a suitable 50s New York jazz score for Rear Window (his busy Jukebox#6 sounds like a meeting of lighthearted Gershwin and the Modern Jazz Quartet) and longingly stirs up a theme from the Big Country on Suspicion.

Separated from a visual cue, each musical accompaniment (depending on your own familiarity with the film it adorns) still rhapsodically evokes dramatic or tender pining scenarios and plots, upholding the congruous relationship between director and composer. 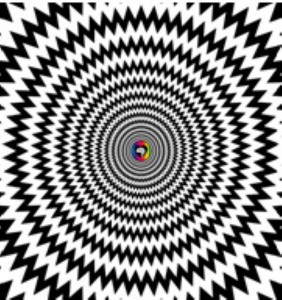 An extension if you like of the Berlin based electronica collective ANTIME’s live events (a rich mix of live musical performances and ‘cathartic’ video installations), the V2 compilation is a faithful criterion, showcasing as it does a diverse range of progressive techno and exotic ambience.

Founded by and featuring Frittenbud’s Martin Steer, the burgeoning ANTIME label does well in its selection of “…club and couch, loud nights and lazy afternoons, inside and outside, seriousness and insanity.”

Steer’s opening cyclonic, halcyon, techno suite (under the alter-ego moniker of Midimúm) Junk Beach is not only a precursor for the quality to follow but also a ‘teaser’ for his own upcoming project. Both contemporary and imbued with the ‘intelligent’ nuances of golden age R&S and Sven Vath Steer’s submission relies on cyclonic beats and a suffused sophistication to build an evocative suite. As a harmonic ark bookend, the final, and equally, deep techno closer The Tribute is by ‘fellow’ Frittenbude’r’ Kalipo.

Fluctuating between styles other notable highlights include Sebastian Dali’s Felix da Housecat finds himself pining in Brazil, Lady Marian, and the Basic Channel with vocals Wisdom by Relups. However, the vocal tracks are a mixed bag, with some examples bearing pale traits of Depeche Mode and Euro pop. The most interesting of these is Spur’s ring modulating tribal fused Always Mess Around, which features a languorous Damon Albarn type vocal performance, and Aplysia’s falsetto high post rock lament About Crying.

From hypnotic Indonesian trips to classical appropriated ‘bowed fifths’ there’s quite a display of ideas on show, all following a theme of methodical searching and thoughtful prose.  The ANTIME banner certainly sounds promising, its menacing Teutonic rocket named compilation offering nothing but peace and euphoria.

1 thought on “The Polygenesis Perusal #3”