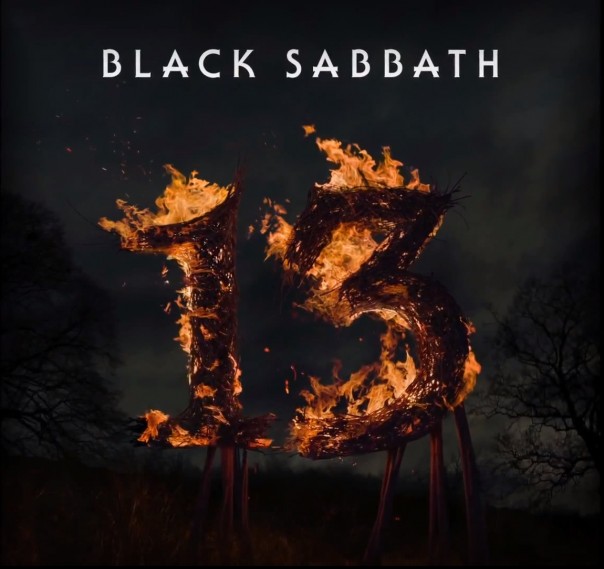 Who would have thought four young men from Birmingham would not only change the way rock and roll was played but also alter the entire music scene for generations to come. Fast-forward 40 plus years (eighteen from their last recording) and Black Sabbath return to reclaim their thrones as the masters of hard rock with the aptly titled album, 13.

Already established as rock icons, the band cemented their legacy when all four original members were inducted into the 2006 Rock & Roll Hall of Fame. Finally, the Godfathers of heavy metal were acknowledged for their innovative contributions towards music, sitting comfortably among other such music giants as David Bowie, Queen and Prince. It seemed to be the proverbial final nail in the coffin for the band, a last hoorah to celebrate their incredible achievements which, to be quite honest, everyone was quite OK with. That is until Black Sabbath revealed they were working on a new album with Ozzy Osbourne running vocals. Suddenly the world was set ablaze with anticipation for the release of fresh Sabbath material with Ozzy at the helm for the first time in 35 years.

Many were sceptical as to whether anything would in fact materialize, having witnessed numerous ‘comebacks’ of other big music acts from the 70s and 80s only for them to suddenly vanish again without a trace. But Sabbath stuck it out, prevailing over cancer scares and drug relapses to deliver one of the finest hard rock albums of recent times. Despite its chart success (topping the billboards across Europe and the US), 13 has come under heavy criticism for being ‘more of the same’. Quite frankly, ‘more of the same’ is exactly what the rock world needed to give it a kick up the arse. True, the album, like any other, has some inconsistencies here and there but not enough to warrant the amount of negative reactions it has received from critics. The simple fact is the bar was set too high by adoring fans for Sabbath to ever attain and anything less than Sabbath of old just wouldn’t suffice.

But don’t let that detract you; the album is good. In fact it’s better than good; it’s practically flawless. Ozzy’s vocal ability is remarkable considering his age, standing head and shoulders above other hard rock frontmen such as Axl Rose, Robert Plant and Roger Daltrey. Now more a ferocious growl than the banshee-like wail he fashioned as a young man, Ozzy’s voice is just as strong as it has been through he’s last two solo albums comfortably accentuating the Geezer Butler penned lyrics.

Tony Iommi has clearly been at work during his hiatus from the studio and quickly reaffirms himself as the greatest riff composer of all time with opening track ‘End of the Beginning’; an eight minute onslaught of unadulterated classic heavy metal. Grounded by a simple yet highly effective held note riff akin to the song that shares the bands name, the track sets the foundation for the entire album transporting the listener on a journey back to where hard rock originated. Masterfully accompanied by stand out tracks ‘God is Dead?’ and ‘Loner’, and the listener is set to be subjected to approximately 25 minutes of pure no-nonsense rock with Iommi pulling no punches seamlessly generating guitar licks at a mere flick of a wrist.

Butler’s bass work is also particularly exceptional during these crucial opening tracks, appearing chunkier and more gut-churning than ever, emphasized wonderfully by Brad Wilt’s (Rage Against the Machine) drumming. Together, they maintain the familiar Sabbath backbone whilst instilling some fresh vigour to the scene.

Having just been lashed with enough raging guitar medleys to see you off until the end of the year, the listener is permitted a moment to catch their breath with ‘Zeitgeist’, a soft noted ballad revealing yet another layer to the bands composing ability. The elegant guitar work recalls back to Paranoid’s ‘Planet Caravan’ whilst Ozzy’s voice lends itself to a despairing cry of woe and sorrow at times appearing beautiful in a Frankenstein’s monster type way.

The vociferously bluesy ‘Damaged Soul’ broadens the bands scope further featuring a ripping harmonica howl that dutifully accompanies another Iommi thundering blues-metal riff. The song leaps into a final gallop of wild shredding guitars and mammoth bass tones underlining the magnificent Iommi/Butler partnership that has guided the band through hell and high water.

Doom-laden tracks ‘Age of Reason’ and ‘Live Forever’ flourish with Sabbath’s signature gloomy undertones definitively recapturing the bands iconic sound and removing any doubt that these old rockers can’t jam like they did 40 years prior. Sadly the same cannot be said for the albums closing track ‘Dear Father’; perhaps the most dynamic track lyrically, the song agonizingly lingers without ever really embarking in any new territory.

For those too impatient to snatch up what Sabbath had to offer, the album would have stopped here. But those who waited a little longer were treated to the ‘Deluxe Edition’ featuring three extra songs. First up is ‘Methademic’, a track so full bravado and vitality it would rattle even the coolest of modern-day metal acts. Sabbath expertly tame this wild beast through a fiercely intense spike-driven riff moulding it into a modern hard rock anthem. As the shortest track on the album, ‘Peace of Mind’ sits along well with ‘Loner’ and ‘Age of reason’ but is effectively the albums throw away tune acting as filler rather than another solid effort. This minor blemish is however masked once sandwiched by ‘Pariah’, a fantastically bulky pulsating melody that is awash in vintage Sabbath flavours.

Without putting it lightly, 13 is nothing short of a triumph for Black Sabbath despite the criticism that will regrettably keep it from ever earning the iconic status shared by the bands first six albums. Its unruly ability to embody and yet rejuvenate the essence of the groups signature sound firmly asserts one final exclamation mark on one of music’s most extraordinary careers.