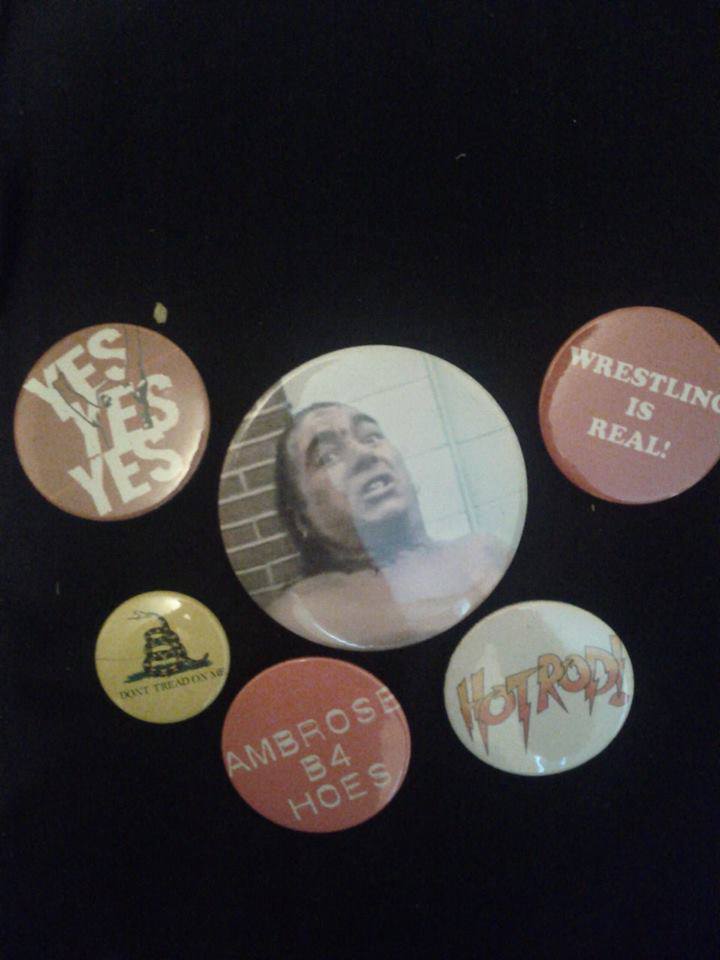 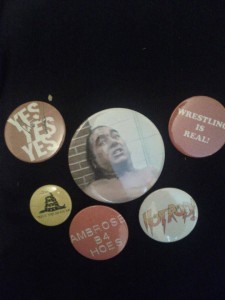 James Brown once famously yelped at the start of a song, “AY, MAN! YA GOTS TO PAYBACK!” . Far removed from a man shouting, pouring with sweat in an obnoxious, loud, revealing outfit is the world of professional wrestling, and here we have the first in a small string of re-branded PPVs – Payback, as named by Ronseal.

Jerkin’ the curtain we have a triple threat for the Intercontinental title between all round abhorrent tit The Miz, defending champ Wade Barrett and latest ‘Paul Heyman guy,’ Curtis Axel. It really is an incredible match and I hate complimenting anything The Miz has been in. Except maybe Maryse. The star of the match is the man with a name like a rarely used Tekken character: Curtis Axel. He just has IT, but I suppose you would coming from the top notch spermatozoa that bred him, the late great Mr. Perfect. Axel incorporates a few head nods to his father, one in the Perfect-Plex which gets an incredible pop from those old enough to remember it, he also has his father’s one-hand-on-the-rope-almost-backflip-bump. You know the one, like someone dosed Manuel from Fawlty Towers with PCP and asked him to overact slipping on a banana skin.

Next up is Divas action in the form of AJ vs the defending champion, Kaitlyn. This was a pleasant surprise, normally if I want to see women fight I just throw my room key on the floor in a crowded bar, but this is one of the rare Divas matches I could get behind. This is what Divas matches can be when given the proper amount of time to tell a story, it also helps that Kaitlyn is extremely talented which, probably, means she’s not far off a future endeavouring, she also cries at the end and gets taunted by the crowd whereas I could only watch with a Cyberman like neutrality – I only find drunk women crying entertaining. Furthermore, as a ‘bonus’ you get JBL and Lawler briefly getting possessed by Jeremy Clarkson and discussing how they don’t understand women. Judging by Lawler’s past you have to take this with a pinch of salt seeing as he once [OBSCURED ON LEGAL ADVICE]

Kane & Dean Ambrose is remarkably uninteresting which is surprising seeing as I verbally fellate Ambrose at any opportunity.

Dolph Ziggler vs. Alberto Del Rio… this is still quite close to the bone, the result of this match had me propping up a bar like a grizzled film noir cop for quite some time, further rewatches have made me begrudgingly admit that it’s an incredible piece of storytelling with some genuine heart in mouth, moist inner buttock moments. It is just a shame that Alberto Del Rio had to be involved. It’s quite baffling how someone so talented can be so mind numbingly dull; I quite often forget completely about his existence only to hear his theme music and have him gawping back into my life like repressed child abuse memories.

The main event is a chore. Now, I don’t hate Cena before you start thinking that’s the route I’m going down, in fact I’d definitely offer to buy him a drink with someone else’s money. His problem is that he only works well with certain people, Ryback, the cross breeding experiment between Ross Kemp and the Pokemon Machamp, is not one of them. Both men seem uninterested, so much so that at one point Cena sells a sleeper hold by adjusting his belt for an extended length of time.

Would I buy Payback? Probably not but I’m tighter than a worms belt. You should do, however, even if it is just for the Intercontinental title and World Heavyweight Championship title matches – they’re the only reasons I’ll be revisiting the DVD.