Hello! Welcome to the first (and last if no-one reads it) Indiepop Wrestling Federation article. Featuring opinions and insight from a wealth of superstars of the indie-pop (using the terms ‘indie-pop’ and indeed ‘superstars’ loosely) scene it will take a humourous (another loose term) look at the wacky world of wrestling, and what better place to start than a look forward to what many call the Grandad of them all, Wrestlemania.

Weighing in today with their predictions for each match are the following:

Adam Clarkson, Captain Dangerous
Favourite Wrestler: Mr Ass (Billy Gunn)
I loved Mr Ass as I was growing up because he summed up everything incredible about wrestling. Here was a grown man who’s whole persona was based on him absolutely adoring arses. Amazing and ridiculous.
Favourite Match: The 1992 Royal Rumble match.
http://captaindangerous.bandcamp.com

Dexy Klepacz, Sweetheart Contract
https://sweetheartcontract.bandcamp.com
Favourite Wrestler: CM Punk
Favourite Match: CM Punk v John Cena, Money In The Bank 2011.
The most I’ve ever marked out as a grown man. There may have been hugging. Actually I’d really like a hug now just thinking about it.

Dexy: Luke Harper will lumber around like usual, looking like the exact midpoint between Skinner and Nailz. Ambrose will hopefully turn heel. Dolph will take lots of awesome bumps but come up short. Barrett will do that “Boom!” thing and we’ll talk about him having a totally sweet Manics tattoo. Bryan will win. Stardust and R-Truth will be there as well.

Stefano: Dolph Ziggler has looked incredibly strong going into this, but I’m going to have to give my prediction and all my love to the wonderful human being Daniel Bryan. For all the recent languishing there’s been of the Intercontinental belt, to me it still represents “the title you give to give to the person who is best at wrestling”, and Bryan is such a perfect fit for its legacy.

Stefano: NO IDEA. I guess at some point Seth’s cronies will run in and a lot of people will get RKO’d, but that has been the main theme of every episode of Raw leading up to this so I have faith in them doing something a bit different. And Orton and Rollins are both phenomenal in-ring so I am expecting this to be a blinder.

Adam: Seth Rollins with an elevating, career boosting victory. Rollins has to go over strong as it’s likely he’s next in line for a world title feud. Also, I think most people are a bit bored of Randy Orton. This should be an awesome match. 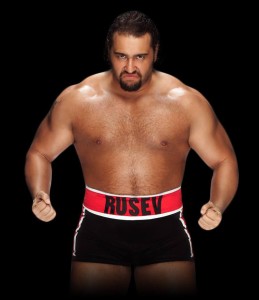 Adam: All I can think about when I see Rusev is two things. 1. You’re Bulgarian – stop pretending to be Russian. 2. Put some bloody shoes on.
This has a Cena victory all over it. It’s the classic cold war bullshit story line Vince loves, it has to result in a USA USA USA victory for the USA USA USA title.

Dexy: Rusev will dominate but Cena will win. People that don’t understand how wrestling works will complain on the internet about Cena “burying” Rusev. I will find this more annoying than I probably should.

Adam: The match I’m least interested in. I would have to say Miz, Damien Sandow or Ryback. I’m quietly hoping Kevin Owens will make an appearance as the NXT rookie but we can only hope.

Stefano: As someone who jumped up out of their seat trembling with excitement when it looked like the racist caricature Santino might pull off a huge upset and win the 2011 Rumble, I will be irrationally backing Curtis “AxelMania” Axel to triumph over adversity and sense.

Adam: Sting will beat Triple H but I can see Triple H hogging the spot light like Hogan used to with a cringe inducing hug off/raising of the hand/hand shake at the end.

What I’d like to see is Mr Ass come back, scrub Sting’s make up off with a brillo pad and tell him he’s too old to be dressing up like a 90’s goth at a rock pub fancy dress night. Sting is the perpetual older alpha male guy at the rock pub and needs to grow up. Those guys always have nick names like Sting or Monkey or Turbo. He probably still lives with his Mum and does welding during the week at his Uncle’s firm.

Dexy: Oh who the fuck even fucking cares? Seriously? Someone suggested the other day that it should be Tripsy winning a squash(easy win). I like that because it’s quick. I bet they fucking don’t though. I predict a 15min match that amounts to little more than a couple of old guys waving plastic weapons at each other. So basically real life World Of Warcraft, but in your pants. Fuck this match.

Dexy: I really hope this is a good match but the presence of the Bellas makes me wonder if that’s possible. The Bellas will win and me and my friends will spend the match talking about how the NXT divas are better like the indie dicks we are.
Stefano: On a good day (read: when the writers aren’t giving her absolute rubbish to work with), AJ is my favourite wrestler in the world. So I am hoping against hope that the finish isn’t AJ and Paige squabbling and getting beaten in order to set up another ~frenemies~ feud, because I am so done with that. 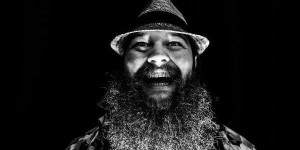 Adam: I can see the aftermath mirroring the time Undertaker died at the Royal Rumble only to be found weeks later by Ted Dibiase. He’s how it will go: Ted jnr makes an amazing comeback 2 weeks later on Raw revealing he has found the Undertaker, Paul Bearer rises from the dead in real life, claims his Undertaker is the real Undertaker and a new Undertaker vs Undertaker feud begins.

Stefano: I will preface all of this by saying that I am an extremely gullible and stupid wrestling fan. So what I am saying is that my predictions are going to be rubbish and I blindly follow any and all red herrings that WWE throws out. But even taking that into account, who fuckin’ knows what’s happening in this match now Lesnar’s re-signed his contract. A month ago I would have said “Roman wins, then Rollins cashes in Money in the Bank if the crowd revolt” but now I genuinely believe that anything could happen.

Adam: I’m going for Reigns with a screwy finish involving Seth Rollins helping him and Reigns being royally pissed off at not winning in the “right way”. That way Lesnar still looks strong and Reigns goes over setting up a title feud with Rollins at the next PPV. I doubt Rollins will cash in his Money in the bank but I do expect him to be involved in the finish.