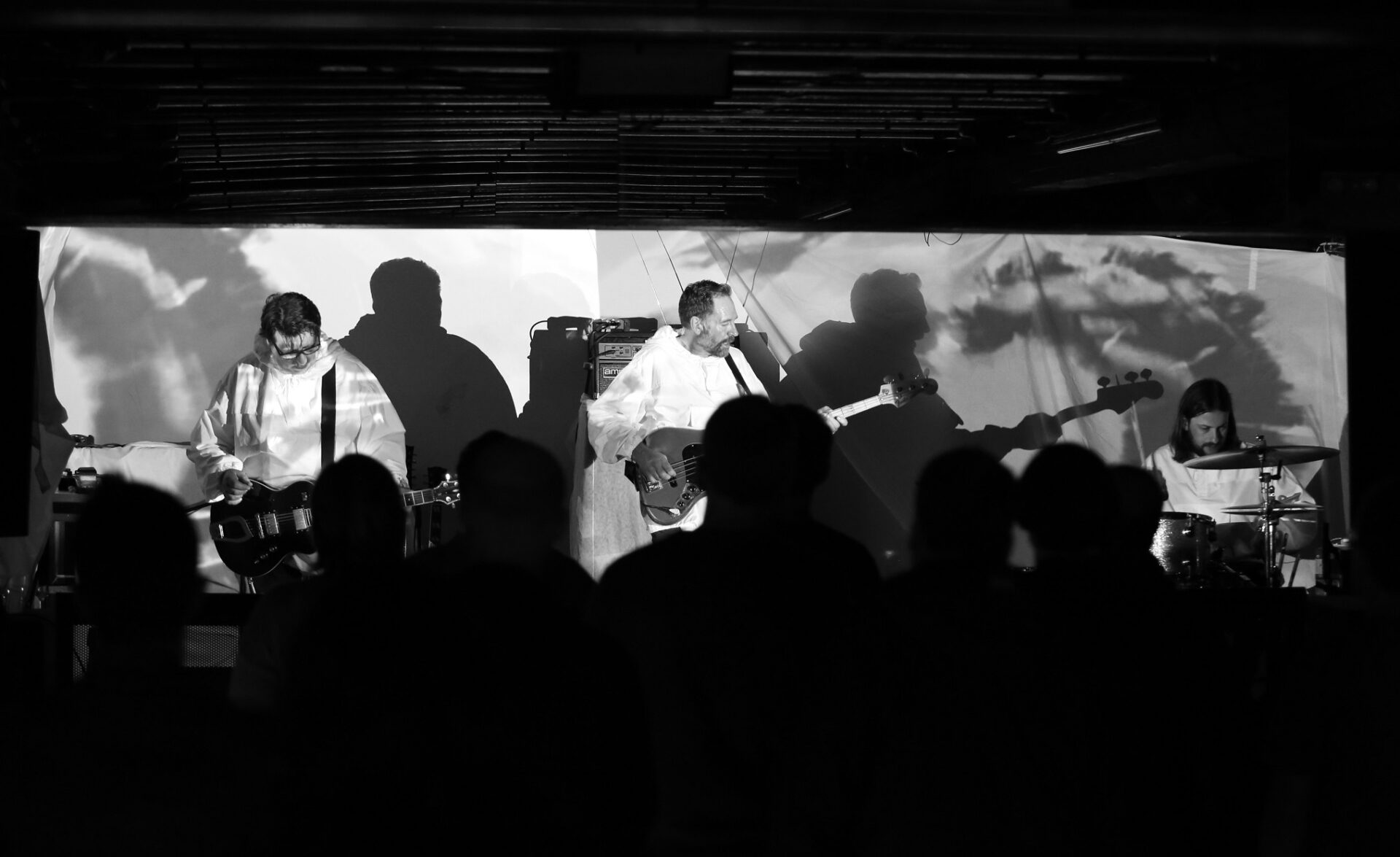 Dressed in their regulation white cagoules and playing in a blizzard of kaleidoscopic projected images, Poltergeist look like three men who may have just parachuted behind enemy lines. But theirs is not a mission to rescue an imprisoned American general. Instead they are out to free your mind through their music and in doing so still manage to go where eagles dare.

Poltergeist is Will Sergeant on guitar, Les Pattinson on bass and Nick Kilroe on drums, all joined at the musical hip of Bunnymen both 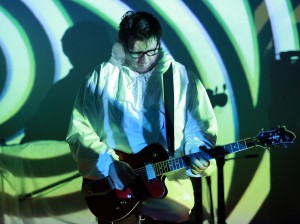 past and present. Tonight they perform their début album Your Mind is a Box (Let Us Fill It With Wonder) in all of its glorious entirety. That the show is bookended by the music of Neu! and Kraftwerk’s ‘Europe Endless’ percolating through the Fibbers’ PA system says much about some of the band’s musical reference points, but a journey through the past of some of the great film scores of the late ‘60s/early ‘70s may be a far more accurate barometer of where this trio is coming from.

The sinister leitmotif to Roy Budd’s Get Carter theme bubbles under the molten surface of ‘Cathedral’, as stirring an opening track to any record or live show you are ever likely to hear. ‘Lune Deeps’ brings to mind the existential journey and extra-terrestrial ambition of Kubrick’s 2001: A Space Odyssey, whilst the creeping alienation of Bernard Hermann’s central score for Taxi Driver can be heard in elements of ‘Psychic Warfare’.

Your Mind is a Box (Let Us Fill It With Wonder) is still the perfect soundtrack to a film that has yet to be made. And like all of the greatest movie scores it slowly creeps into our consciousness with a delicate balance of subtlety and power, conveying its dramatic and emotional message without feeling any need for the use of dialogue. Recreated live, albeit in a slightly reconfigured form, it is a stunning collection of individual pieces in which the sheer scale and altitude of the record can be experienced in all of its magnificent aural Technicolor, revealing itself as a modern touchstone of instrumental music.