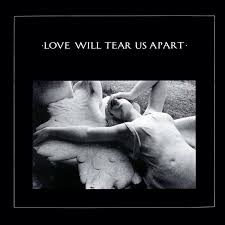 “Manchester So much to answer for” Suffer Little Children, The Smiths

Manchester is as steeped in heritage as the old Victorian buildings that populate its city skyline: where modernity crashes into history. A hotbed of the post-industrial age, the atmosphere of creativity and imagination, the need for escape still hangs over the city like a permanent smog.

Along with Liverpool it was at the vanguard of the 1960s explosion(through the likes of The Bee Gees, Herman’s Hermits and the Hollies), at the birth of post punk when the Sex Pistols performed to a room of fans at the Lesser Free Trade Hall in 1976, many of whom would later go onto form some of the eras most important bands(The Fall, Buzzcocks, Joy Division, Magazine et al), in the 1980s Manchester was both at the heart of independent guitar music scene(most notably through the work of The Smiths, The Railway Children, The Chameleons and the likes of James and in the 90s The Charlatans and Oasis) and at the cutting edge of dance music with the rise of the Hacienda and rave culture. Alongside Tony Wilson’s Factory Records the city fostered the blurring of genres of dance and guitar music(Happy Mondays, Stone Roses, New Order, 808 state and The Chemical Brothers who formed in Manchester).In the wake of Britpop A&R men swarmed through Manchester’s toilet venues looking for the next Oasis, which led to a rise in poor imitation groups.

To this day Manchester is the breeding ground for bands from the grandeur of Elbow to the experimentation of Everything Everything and No Ceremony/// noise exponents like Engineers and Oceansize to exciting new bands like M O N E Y and PINS whilst not all of these are Manchester born they gathered there to create music, perhaps acknowledging the enduring appeal, eclecticism and strength of the cities music scene. Manchester still remains the fulcrum for much of the musical movement in the North West…This week the inimitable broadcaster Terry Christian picked out 200 of Manchester’s all time top tunes with the help of his listeners, you can vote here:  http://www.terrychristian.tv/manchesters-all-time-top-tunes-part-8/

What are Manchester’s all time top tunes for you? Here’s a selection to start you off:

1 thought on “TGIF: What are Manchester’s all time top tunes?”