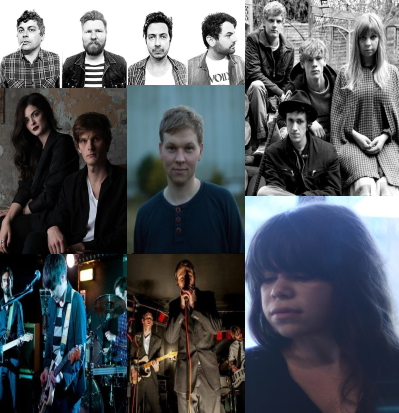 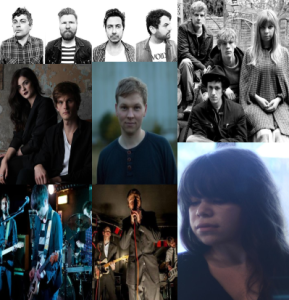 This week we are inundated with a run down of familiar faces, tipping soon to be familiar faces for the coming year, you know the acts with the biggest marketing budgets pumping up their releases for 2014? It’s all about who you know, who is backing you and who you can get to talk about you, allegedly! Here at GIITTV we haven’t enough time to trawl through whom the major labels are tipping for greatness, only to present them to you in some kind of self fulfilling prophecy that we can smugly refer back to in twelve months time with a great big fat ‘WE TOLD YOU SO!’ Here at GIITTV we’re too busy listening to acts we like, regardless of genre, marketing budget, label or credentials. Because after all when you tell your mates about the new music you are digging right now it’s ALL about, well how good the music is on record and on stage isn’t it?And not about where they placed in some artificial poll of music and not about how many Facebook likes they’ve bought from Indonesia?! Anyway such waffle leads us to the second lot of diverse nods for new music in the next twelve months from our writers enjoy!

Erstwhile GIITTV reporter Mike Hughes has an excellent nod to kick us off for this part: 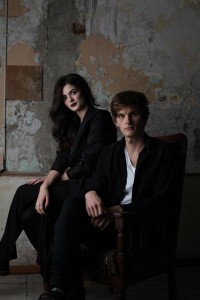 The Witch Hunt are from Leeds; a two piece whose Facebook and Bandcamp profiles will just about tell you that they are called Louisa Osborn & Chris Mulligan. I kind of like that – a no nonsense, take us or leave us approach to marketing. I hadn’t been conscious of them until I caught them live on a night when to be honest I was jonesing for another band altogether. It was a Pussy Riot benefit, I was sweating over Princess Century’s UK live début, and that was all that it should be. And yet, The Witch Hunt, just slightly lower down the bill, really caught my ear. They describe themselves as having a dark sparkly edge. I’d agree with that. Live it was all kettle-drum drama, eyes closed you just know they are super-suited to dry ice whether there’s actually a machine there or not. I did something I rarely do and bought a CD off them at the end of the night, and threw it onto the car iPod mix with nary a second thought. It’s a deliberate ploy, fill the ‘pod up with random new music and see what surfaces. Since then, I’ve had more than a few “Damn me, that’s fantastic, who the hell is that?” moments, and every time, every single effing time I’ve risked life and limb to peer and see who had caused this lump in my guts, it’s been them two from Leeds. It’s getting predictable now….

Next up Ben Willmott delivers a typically eclectic triumvirate of tips from his pen: 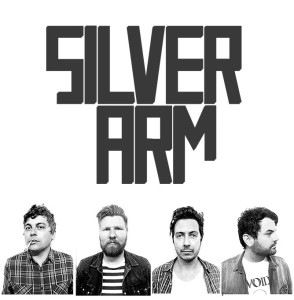 Silver Arm hail from a selection of small towns around Northamptonshire, Hertfordshire and Bedfordshire, and there’s definitely something refreshingly un-metropolitan about their riotous psych-punk racket.

Indeed, along with the likes of Fugazi, Black Flag and Wire, they cite “the heavy frigid air that drifts through the copses and lanes of England” among their primary influences. There are echoes of hardcore, scary metal and the jerky new wave of Devo, plus nightmarish, apocalyptic lyrics that bring Killing Joke to mind. But what really sets them apart from the average snotty nosed punk pretenders is the heavy, dub-influenced groove driving tracks like ‘Hippies’, ‘Dead Tongues’ and recent single ‘Steady Like A Vein’. Now signed to the Big Tea label and working with producer Rory Attwell (Palma Violets, Male Bonding, Paws) this should be a golden year for Silver Arm. 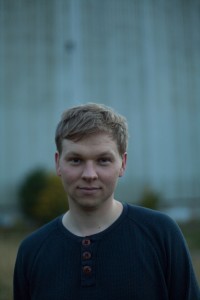 The lines between the electronic and indie music become more and more blurred every year, and Danish project Rosenthal occupies that tantalising and often fertile gap between the genres.

His debut single ‘Afraid of Stairs’ combined electronica’s impeccably sculpted digital sonics with melancholic, heartfelt songwriting skills. Its follow up, ‘Lashes’, is a little heavier and more beat driven, but every bit as eerie and atmospheric, referencing classic New Order and The Cure circa ‘Disintegration’ but sounding very 2014 at the same time.

Starting life as the strictly studio-bound brainchild of one Jeppe Kiel Revsbech, Rosenthal is set to become a fully fledged live prospect very shortly, with UK dates in the offing. The name, by the way, means ‘rose valley’ in German, and Jeppe might well come up smelling of roses this year. 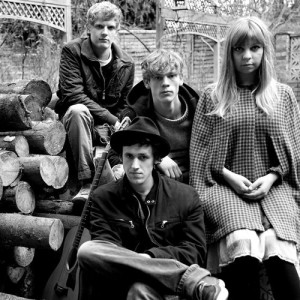 The idea of future folk might seem like an oxymoron, but Stroud-based four piece Hot Feet seem destined to drag the genre into new, hitherto uncharted territory in 2014. Last year’s début EP ‘Wood House’ was a gently bewitching showcase for Marianne Parrish’s unnervingly pure voice, but recent live shows have seen them developing a darker, swampier side as Rob Pemberton’s jazz-edged, polyrhythmic drumming were pushed to the fore. Imagine the deft finger-picking of Johnny Marr re-rerouted through the deviant psych-funk of Can, and you’ll realise why Hot Feet are ones to keep a very close eye on right now. 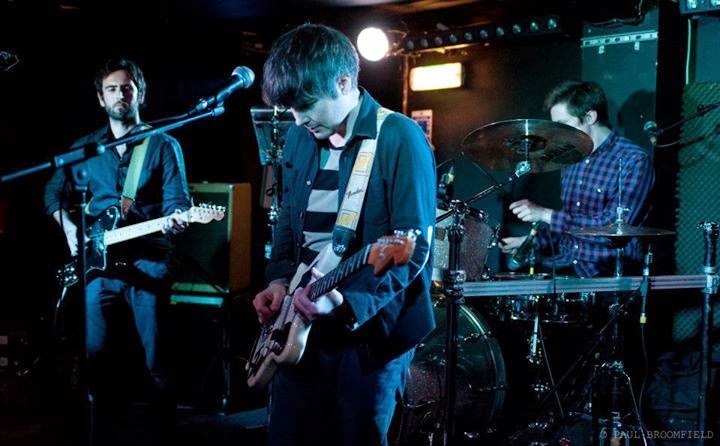 Zoo Zero are a thrilling London based four piece, whose amazing self titled psych-post-punk début found its way into RW/FF’s Top 10 albums of 2013 list. After hearing a whisper from ex Mansun man Paul Draper that the band had already begun recording their second LP, I asked Zoo Zero more about their plans for 2014… “Well, we don’t really have too much to say about the new album just yet. As he did with our first album, Scott Knapper is engineering and mixing it. No release date is set yet, but we will be previewing quite a few of the new songs at upcoming gigs in the near future. Before we release our second album, though, we’re looking to put out a split 7″ with another band so we’ll let you know about that nearer the time!” Their Facebook page can be found HERE.

Delta Mainline are another new band from last year that are due to release new material in 2014. Their début was reviewed on this site, and described as a record that never becomes a bore”, where “every listen reveals something different, providing rewards for the patient”. A seven piece band led by frontman and songwriter David McLachlan, ‘Oh! Enlightened’ was a fine introduction to the group, with more promised this year… “The second album is taking shape nicely and we can’t wait to record and release it in 2014” the band said. Their Facebook page can be found HERE, and my review of their first album HERE.

Finally GIITTV Ed weighs in with two more of his favoured new acts for the new year, in preparation for his Tip Tape podcast sometime in the next few weeks! 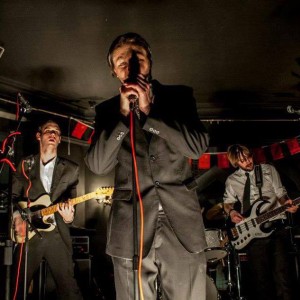 With a support slot on Wilko Johnson‘s farewell tour last year daubing them as ones to watch emerging Southend four piece EightRoundsRapid are the incendiary missing link between the oft over looked era of pub rock of the likes of Dr. Feelgood the protest punk of the likes of the UK Subs or Sham 69 and the razor sharp angular sound of Wire. Providing a sneering modern social commentary by way of caustic, knowing vocals and a rhythmic kick in the arse for a music scene that’s too often in awe of timid music that is the aural equivalent of NHS waiting room wall paper.

EightRoundsRapid hooked the attention of BBC DJs after the release of there début EP, Dostoyevsky in March 2013. They first caught my ear with the wonderful ‘Channel Swimmer’ video below, that’s brutal serrated punk-rhythm and observational polemic is brilliant, the chanted chorus lines ‘come what may for everyone that stays another will find a way!’ possess violent nihilistic undertones.

Their last single ‘Writeabout’ sinewy guitar lines, and caustic rhythmic jolts are foraged through by the twisted vocals of David Alexander that are positively spat out and into the face of tabloid culture. Alexander weaves murky stories of urban underlie songs such as Kix, Eight Rounds Rapid firebrand refrains and melodic hooks are impossible to ignore! Hopefully EightRoundsRapid will be delivering their own form of vehement artillery to a long player in the next twelve months! 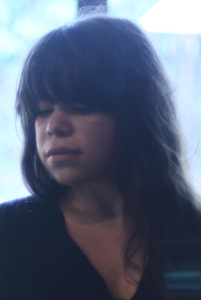 Samantha Crain releases her debut UK-released album ‘Kid Face’ on Full Time Hobby next week. The album’s title is a nickname she closely identifies with, as she is regularly mistaken for a 16 year old and treated accordingly. ‘It gives me a great insight into people’s character’ Crain says, ‘and plenty of material as a songwriter’.

“Although initially inspired by the sounds of her father’s record collection, including Bob Dylan and Neil Young, an adolescent Crain took even greater solace in the music of her home state, from the Americana of Woody Guthrie to the sonic experiments of the Flaming Lips.”

Based in Shawnee, Oklahoma, and of Choctaw heritage its been a long time in the coming for Crain a prodigious talent who has been beating the road across the US for the past few years, including Swedish folk duo First Aid Kit who took her out on tour last year and have been long time supporters of her music.Her new works show a maturity forged in recording studios, hotel rooms, the backs of pick up trucks on tour, on stage carefully surfing the frayed lines between country, blues and folk, it’s a poise typified by For The Minor a trembling gem, that’s subtle shift in rhythm and world worn melody mark Crain out as one to watch in 2014, and not just for fans of Americana but those who love great songwriting…

The UK release will include a bonus EP. The song ‘For The Miner’ , taken from the album, is available to download and stream here: www.samanthacrain.com