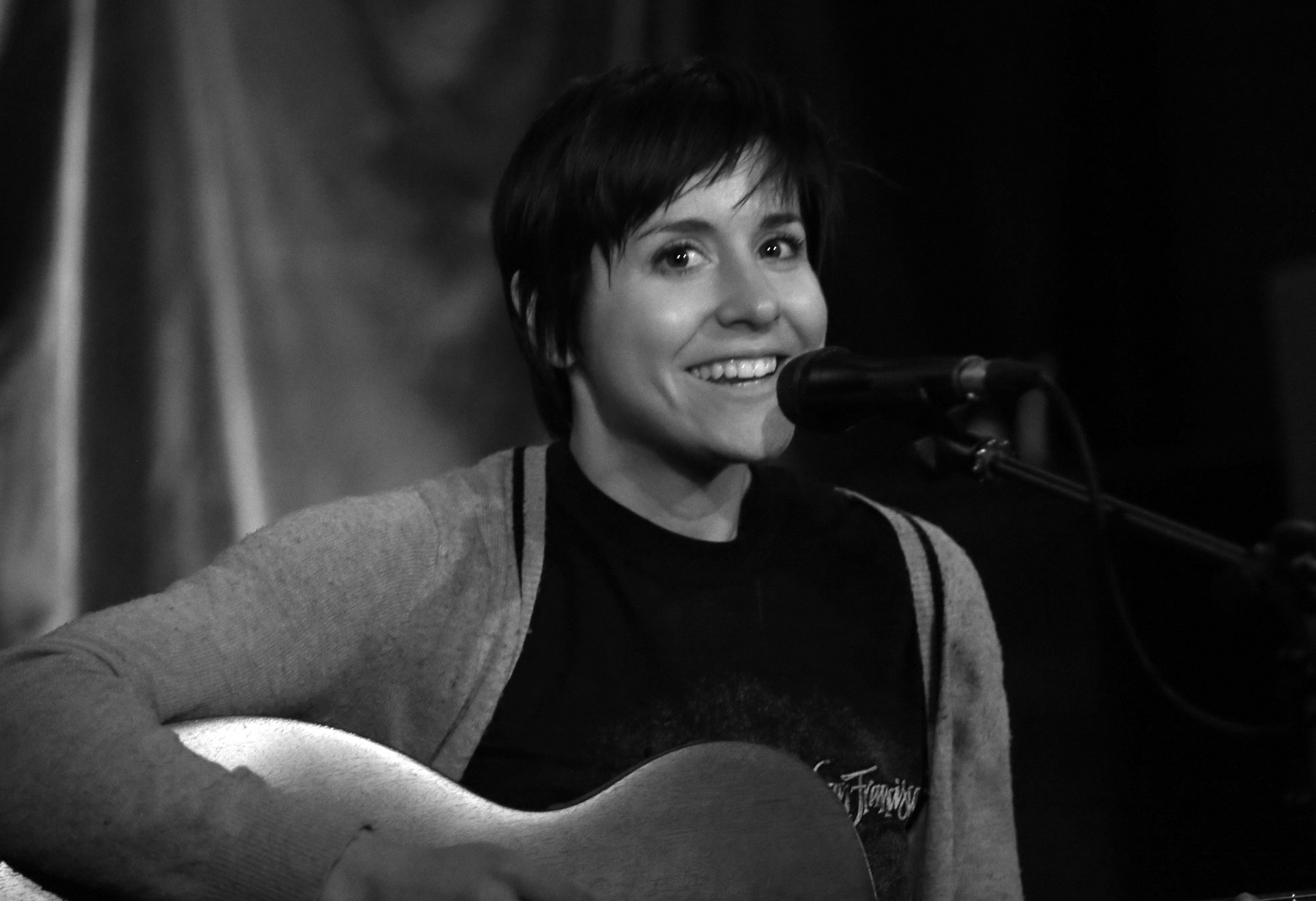 Sad, fun, sad, sad, fun. Three quarters of the way through her show this evening in The Basement of the City Screen cinema in York, Laura Stevenson describes the mood of her next five songs. She apologises for the predominance of sadness in her set and if she appears to be weird and awkward. Sat all alone at the front of this very intimate space with only her Martin OMC-15E and a clutch of deeply personal songs for company is surely a scary place to be but Laura Stevenson had no reason whatsoever to be sorry. If only she knew it, the 29 year old Long Islander was amongst friends and what she delivered over the most captivating of sixty minutes here tonight was nigh on perfect.

Stepping out on this tour of the UK and Europe without the backing of her band has faced Stevenson with many challenges, not least the options and anxiety of choosing which songs to play. And she has many to go at in a recording career which now dates from 2006, including her earlier work with Bomb The Music Industry! Yet 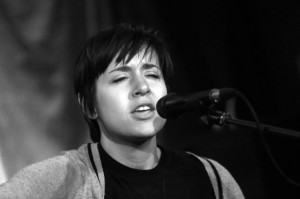 whilst the tour is in essence to promote the recent release of her third solo album, the really quite magnificent Wheel (released on this side of the Atlantic on April 7th, having already been out in the States since last year) tonight sees her drawing from all historical points on her songwriting compass.

The source of Stevenson’s creativity is her human condition; the emotional vagaries of a life characterised by troubled family and personal relationships, of peaks and troughs and feelings of elation, anxiety and depression. Yet to view her as just another introverted singer-songwriter, some forlorn bedsit miserabilist would be entirely misleading; her lyrics convey hope and inspiration travelling as they do in musical vehicles upholstered in beautiful melodies and the most delicate of movement.

A brace of songs from the new album – ‘Journey To The Centre Of The Earth’ and ‘The Move’ – begin this evening’s journey before Stevenson goes back in time to her début long player A Record and from which she takes first, ‘A Shine To It’ and then ‘Nervous Rex’. Each song is tied together by her their stark emotional honesty, her imaginative fretwork and that wonderful voice which lies somewhere between Caitlin Rose and Rosie Thomas and somehow 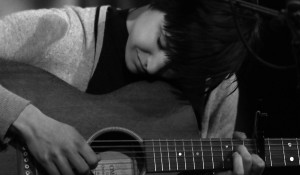 manages to maintain that difficult balancing act between vulnerability and strength.

Stevenson takes a detour from her own material to revisit Townes Van Zandt’s ‘If I Needed You’ and to say that her reading of this wracked, most poignant of laments pushed the original very close indeed gives you a strong indication of the emotional gravity and depth that she can plumb from both a song and deep inside herself. ‘Holy Ghost!’ – again from her first album – speaks of her parents’ doomed marriage and continued what Stevenson described as the “roller coaster ride of her melodramatic songs”. A powerful, passionate, spiritually uplifting journey with an incredibly talented musician might be another way of looking at it.

Taken from her second album, 2011’s Sit Resist, ‘Montauk Monster’ has Stevenson dealing with rejection and relationship breakdown, not once but twice, and her spirited reaction to this sequence events is captured in the song’s strident attitude. The concluding ‘Barnacles’ is similarly energised, nodding towards her earlier punk influences, but it is on ‘L Dopa’, the paean to her grandfather’s mother and the stand-out song from her current album where Stevenson is at her most powerful. As the song reaches its triumphant coda, and as is the case on the studio version, Stevenson imagines horns. But here it is just a lady. And Laura Stevenson is that lady.