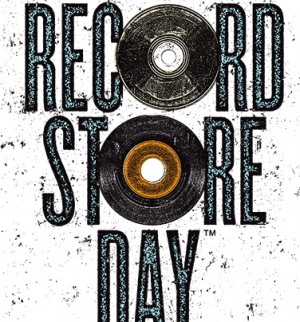 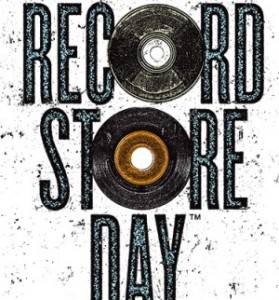 Record Store Day is back this Saturday across the UK and US, a series of limited edition releases are stacked on shelves and artists come and perform instores to promote their local record shop. You can find a full list of record store day releases here: http://www.recordstoreday.com/SpecialReleases

Here are some of our picks! Happy Record Store Day, tell us what you bought and enjoyed!

First off a selection of the honourable Mark Barton’s picks for this year’s RSD.

Guaranteed to be the cause of much fevered interest this RSD14 are three specially cobbled together releases from the Heavenly imprint. Following on from last year’s highly sought after remix exchange between Toy and The Horrors, the label have rekindled the formula this time pairing together Temples and Jagwar Ma for a 1000 only 12 inch picture disc extravaganza. First up Jagwar Ma’s Jonah Ma sets to work rewiring Temples debuting cut ’Shelter Song’ into a delicious dubbed up and tripping head expanding listening experience which gets craftily rephrased in Madchester mosaics and emerges the other side like a fat n’ funky subtronic cutie sounding like the Paris Angels with New Fast Automatic Daffodils flashbacks. Repaying the favour Temples’ James Bagshaw showers Jagwar Ma’s ’Man I Need’ in all manner of intergalactic space dust and services it with an acutely absorbing cosmically warped hymnal haloing that many visiting cosmic cadets might just decide to stay and lose their headspace in .

Third and final wax slab from Heavenly to celebrate the RSD14 shenanigans is a 5 track 1000 only 12 inch entitled ‘Join the Dubs’ which in essence is Toy producer Dan Carey twiddling about at the mixing desk to recalibrate five prime slices from the bands recently acclaimed ‘Join the Dots’ set. Previously available as an ultra limited bonus CD ‘Join the Dub’ is as it says on the tin lid dubbed out re-workings set to trip-a-delic mode with lead track ‘Join The Dots’ totally turned inside out and shot through the warping viewfinder of the Beatles ’Within you without you’ and interspersed with moments of fracturing shimmer toned eruptions and vapour trailing cosmic collages.

Hulking cavernous shots of dubstep trim the groove lines of ‘As we Turn’ rephrasing it in dream drifting hazes of luxuriant wooziness that much recall the primitive sparseness of a youthful Danse Society while spectral pop sophistication of ‘You wont be the Same’ – best thing here incidentally – in tendered with an exquisite floorshow of shyly set star crushed symphonic garlands that seductively skirt the forlorn beauty of a ‘Thieves like Us’ era New Order – will break hearts. Following hot on the heels in terms of affectionate glances is the wonderfully lolloping and lazy eyed smokiness of ‘Left to Wander’ a kind of slo-mo motorik prairie ride orbiting strange worlds while hooked up to a Meek piloted cosmic carousel which to these ears had us pining for a spot of Echo boy ‘scene 30’ era grooving. ’conductor’ wraps up matters, a ‘Sailing By’ for star gazers is how you’d best describe matters. Essential in a nutshell. 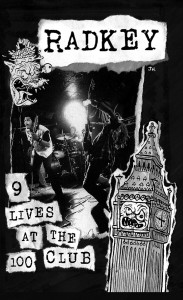 Arse kicking boogie stamped onto a nine track cassette limited to just 500 copies by Radkey is set to cause bloodied noses not to mention the sight of record buying cognoscenti being propelled backside over elbow clean off their listening perches at the full throttle attack of this riff scorched punked out noise nik this coming RSD14. Hotly tipped, hotly wired, just freakin hot. So chuffed at headlining the legendary 100 club earlier this month they recorded the set for posterity and now just wanna spread the love by nailing it onto ferric tape. From that here’s a sneak peek at what all the fuss is about courtesy of ’Red Letter’ – a blistering super charged slab of caned out rock-a-hula spiked with the kind of urgency and eye poking electricity rarely heard around these here parts since the days of the Godfathers and the Sid Presley Experience – did we mention the Vanian-esque vocals, no, features Vanian-esque vocals which young folk isn’t a communicable disease.
Girl Band are now streaming – their RSD14 outing ‘The cha cha cha‘ which is being pressed up as an extremely limited (100 only) flexi disc that‘ll comes housed in a little wooden box and available through the any other city imprint – sounds tasty eh. Tastier still is the track itself – 25 seconds – yep you read right – 25 seconds of prime packed no frills agit bop. An acutely cute sonic car crash that screams, shrieks and rages amid a rapid fire skree storm of furious punked out riff belches, skull caning 100mph plus drumming and unhinged psychosis, in truth there’s more in your face aggro here in this briefly impacting toxic aural head-but than most bands achieve in a career. play nice now children.

Oh my this is something else. Pressed up as a limited 7 inch release specially for RSD14, Belgian psych poppers Bed Rugs showcase a twin set of tripping tasters from their forthcoming ‘8th Cloud’ full length.

Having already drawn considerable acclaim for last years mini album ’Rapids’ (something to much grumbling we appear to have haplessly missed out on) their now out to blow minds and send all who hear into states of delirium with this mind warping mirage. First up ’Purple Pill’ sumptuously blends Beatles-esque and Byrdsian mosaics in its initial stages before gently mutating into a seductive softly psychedelic west coast sun tan, kissed with a lolloping countrified ping and radiating honey crusted harmonies aplenty in a desirable Gram Parsons meets Buffalo Springfield stylee. That said it pales when compared to ’Dream on’, the main event here by our reckoning and quite frankly something that needs to be heard to be believed. This honey heads out into woozy altered states laced in all manner of spectral and lysergic trimmings all longingly pressed into a dissipating sepia twisted dream coat peppered by starry lilts and the softly surrendered yearn of ethereal bubble grooved motifs which had we not known better would have said was the work of a ’Secrets of the Witching Hour’ era Crimea. Utterly blissful. Out via ample play.

Alas it seems we missed Manchester duo U.V.’s debuting release ‘Receiver’ news of which I must admit has been causing a fair amount of consternation and much grumbling here not least since having sampled the delights of their forthcoming outing ’Cuts’. due for limited engagement on RSD14 wherein both tracks will come bundled up on a cassette, the release is being prepped as laying down the sonic template for an EP to come. Buoyed by the quiet acclaim received thus far, acclaim it should be said that has had them favourably compared to the Cocteau Twins and Massive Attack, the duo draws together the collected talents of Zandra Klievens and Jonjo Feather – the latter of whom I’m certain has at one time or another appeared in these very pages with something I seriously suspect was released on dead young records a few years back. As to ’cuts’ – what can I say – immensely grand dark glamour, all at once mysterious, beautifully macabre and eerily enchanting emerging as were from out of some ethereal ghost light bathed in a stilled shadow lined elegance that’s pursed together by a gloaming cinematic etching of pulsar beats, minimalist electronics spared in down tempo nuances, haunting lullaby motifs and a noir framing all set of seductively by the ghostly siren-esque tones of Zandra, a bit like Broadcast rewiring ’Rosemary’s Baby’ amid a backdrop of Numan-esque fragmenting wastelands if you must.

Free down load here…. http://www.uvband.com/cuts/
Several RSD14 happenings emerging from the Invada imprint, first of which is what sounds – judging by the sneak preview track being aired as a taster ‘power core’ – a bit of a killer slab of old school retro electro groove being put out by Australian duo Power Glove. This comes from the soundtrack to the best selling game ’far cry III (blood dragon)’ and arrives pressed up on a strictly limited 1000 only double vinyl set – neon pink wax no less sporting an eye catching gatefold sleeve and poster. ‘Power Core’ very much traces its roots back to those early 80’s sci-fi soundtracks – the terminator and Tron springing readily to mind, though here rephrased as though Zombi (yep them again) had set their minds to rewiring John Carpenter’s ‘Escape from New York’ and ‘Assault on Precinct 13’ scores.

In addition to power glove, the label will also be releasing Ringo Deathstarr’s latest mini album set, so far only available digitally in Japan though now getting a lavish 500 only yellow wax treatment. College’s ’northern council’ is serviced with a special frost clear vinyl pressing each coming replete with limited art prints – 1000 only in case you are counting. While last up Fairhorns’ ’Doki Doki Run’ gets a 300 only snot green wax press each copy coming accompanied by a bonus digipack CD – we will try to source copies for full reviews.

Scottish trio The Twilight Sad are reissuing their quite brilliant début album ‘Fourteen Autumns & Fifteen Winters’ for Record Store Day on 19 April 2014. The deluxe double vinyl edition of ‘Fourteen Autumns & Fifteen Winters’ will contain never-before-heard tracks, unseen original artwork and the remastered début in full. The vinyl, is limited to 500 copies in the UK, and will be available from participating independent record shops on Record Store Day. So we suggest you get in line sharpish for your copy!

London-based independent Cherry Red Records are releasing a fistful of vinyl titles for Record Store Day 2014. Including cuts from classic and upcoming releases from acts such as Cream‘s Jack Bruce, The Inspiral Carpets, John Lees’ Barclay James Harvest, and The Auteur‘s Luke Haines amongst others.

I am picking out the original Singles Collection’ 7 x 7″ Singles Boxset from the Dead Kennedy‘s which particularly takes my fancy. These singles have been out-of-print for at least 20 years. All seven singles are in the original sleeves, in heavy jackets. Also includes new 12-page liner notes and interviews with the band, and the recordings have been re-mastered from the original tapes.Here’s the incendiary Kill the Poor for your delectation…

Delectable Brighton act Fear Of Men release their swoonesome début album ‘Loom’ on 21st April with a deluxe limited vinyl edition out on Record Store Day on Kanine Records. Sample the tremulous heartbreak of ‘Descent’ here that subtly sweeps you off your feet with hazy memories of the finest C86.

One final release I’d like to grab before I’m fresh out of cash, Conor Oberst he of Bright Eyes fame returns with a confident new track ‘Hundreds Of Ways’, which is set to be released for Record Store Day seven inch.It’s culled from his forthcoming album out in May, this special single will feature album track ‘Hundreds Of Ways’ along with album outtake ‘Fast Friends’ on the B-side. Click the video below to listen to it, happy record hunting guys!